Nadal vs Ruud LIVE Stream – French Open Finals Live: Rafa Nadal has never lost a Roland-Garros final. A win on Sunday against first-time Grand Slam runner-up Casper Ruud would hand the Spaniard a record 14th crown. With a win today, Nadal can take a handy lead over Novak Djokovic and Roger Federer in the race for the most Grand Slam titles: Follow live French Open updates on InsideSport.IN

For Nadal, today’s final will be nothing less than a DREAM-DATE with history. He won the Australian Open this year to overtake Djokovic and Federer in the hunt for most Grand Slam titles.

Roland-Garros Final LIVE – Nadal, who turned 36 on Friday, overcame physical ailments and a dismal preparation period to win the Australian Open in January.

It earned him his record 21st Grand Slam title, breaking a three-way tie with Roger Federer and Novak Djokovic.

If he lifts the Coupe des Mousquetaires again on Sunday, it will be the first time the southpaw has won the hard-court major in Melbourne and the Roland Garros title in the same year.

Nadal vs Ruud LIVE Broadcast – Can Ruud stop Rafa? A statue has already been erected in his honor. But the Norwegian, eighth seed, will stand in his way. Casper Ruud is 13 years younger and the most consistent player on clay in the past three years.

Ruud has led the men’s Tour since the start of the 2020 season in wins, finals and titles on clay and is the first man from his country to qualify for a Grand Slam singles final.

“I have enormous respect for him. First as a friend, he has a great character. Nadal said of Ruud, who has been training at his academy in Mallorca since 2018. “He’s a great guy and he has a great family.

“As a player, of course, I respect him a lot. He has done a lot of great things in the last two years. he said.

Nadal vs Ruud HEAD TO HEAD: Nadal and Ruud have never played a competitive match before but the duo have faced each other many times and the Norwegian claims he has never won a practice set against his idol. 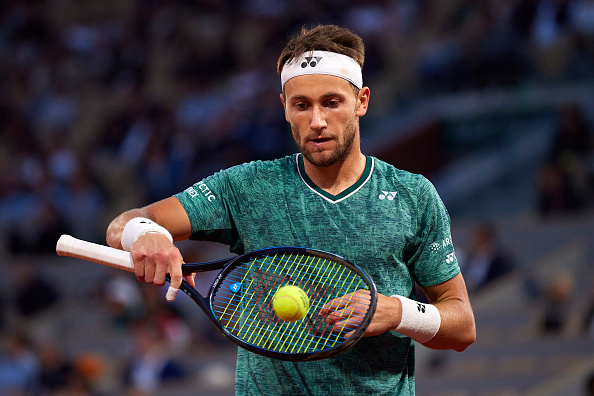 Ruud, who will reach sixth in his career on Monday, said he has already surpassed his pre-season goal of reaching a quarter-final at a major tournament in 2022.

“It’s unbelievable… He’s the last player in the Big Three and the best players in the world I’ve ever played against,” Ruud said.

“So I guess it’s perfect timing and worth the wait. To finally face him in a Grand Slam final will be a special moment for me. Hopefully a bit for him too.

“He’s played so many finals, but at least he’s playing this time against a student from his academy. So hopefully it’s going to be fun.

Similar to his preparation for the Australian Open, Nadal arrived at Roland Garros with lingering doubts about his fitness after suffering a stress fracture in his ribs and struggling with a chronic foot injury.

He won his first three Grand Slam rounds on clay in straight sets but then had to survive intense four-hour battles to beat Canadian Felix Auger-Aliassime in five sets and rival and 2021 champion Djokovic in four. .

Nadal, who would overtake fellow Spaniard Andres Gimeno as the oldest Roland Garros men’s singles champion if he won, had to dig in again in a three-hour semi-final slugfest against Alexander Zverev before the German be forced to retire mid-match. after injuring his ankle. 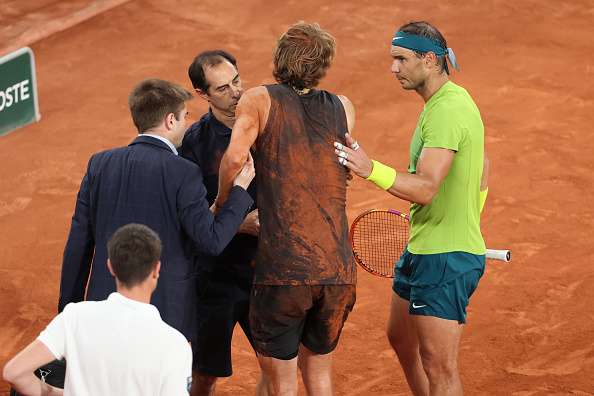 Chris Evert, who has won seven of his 18 major tournaments at Roland Garros, was unsure of Nadal’s fitness for the final.

“Rafa today against Zverev, even though he gave such a fight, I felt like he was a slower step than normal because he had such big games and endless games in along the way, and I wonder which Rafa will show up on Sunday.”

The confrontations between Nadal and Ruud: This will be the first time that these two players will face each other. With his age and experience, Nadal is the favorite but Ruud cannot be taken lightly. He is expected to challenge the Spaniard and a close fight can be expected.

Ruud, who has been training at the Spanish academy in Mallorca since September 2018, is now delighted to play against Nadal for the first time in his career in a Grand Slam final.

“It’s unbelievable… He’s the last player in the Big 3 and the best players in the world that I’ve ever played against. So I guess it’s the perfect time and worth it. wait. To finally face him in a Grand Slam final will be a special moment for me. Hopefully a little for him too,” Ruud said after his semi-final win.

“He’s played so many finals, but at least he’s playing this time against a student from his academy. So hopefully it’s going to be fun.

The Nadal vs Ruud match will be played on Sunday, June 5. The match will kick off at 6:30 p.m. IST

Which channel will broadcast Nadal vs Ruud match?

Which app will broadcast the fourth round match between Nadal and Ruud live?

The Sony Live application will broadcast the fourth round match between Nadal and Ruud live.

Where will the Nadal vs Ruud match take place?

The match will be played at Court Philippe Chatrier in Paris.