The singer died when she was facing a scandal about an alleged infidelity of her husband, Esteban Loaiza, with Chiquis. (Photos: Getty Images // M. Tulia Pèrez Bocanegra – Cuartoscuro)

next december 9 It will be a decade since the unfortunate death of Jenni Rivera, beloved regional Mexican interpreter who lost his life at 43 years of age in a plane crash that still continues to give much to talk about. And it is that only a few days had passed since the mishap when rumors began to circulate that The big lady she was alive and had only faked her death.

As time went by, the speculations lost strength, however, they have occasionally resurfaced on social networks due to similarities that some users found between a youtuber and the singeras well as alleged hidden messages in statements released by the members of the Rivera dynasty and this time was no exception, as Jenni’s eldest daughter revived the rumors in an interview with Karla Díaz for Pinky Promise. 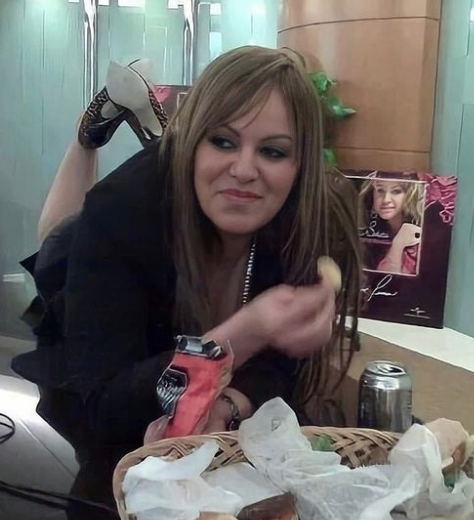 The singer attended the program as a special guest along with raymix to talk about their careers and upcoming projects in the music industry. During her talk Chiquis Rivera was questioned about the languages ​​she speaks, because due to her Mexican roots she knows Spanish and thanks to the fact that she was born and raised in the United States she speaks English.

“With all my family [hablo español]more English with my brothers and with my mom too, but something that my grandparents instilled in me was listening to music in Spanish, watching television, all of that has helped me. I don’t want to hear myself wrong, sometimes my words get stuck, but I have that desire to learn and be better”, he said.

The subconscious betrays @chiquisofficial once again, asking @karladiazofi on @pinkypromisetv if she speaks with her family in Spanish and she replies “yes, with my whole family, more English with my brothers and with my mom too.” She opens theory. 💀 ❌ 🦋

Chiquis did not touch the subject again, but the followers of the program and fans of Jenni Rivera recovered the fragment in TikTok assuring that the artist had been betrayed by her unconscious and supposedly that way he would have revealed that his mother is alive.

“Obviously Jenni is alive, it has always been known.” “The subconscious betrays once again.” “If she is alive she is obvious.” “There is hope”. “I knew that Jenny was the lady who made stuffed chilies in the yutu”, were some reactions on TikTok. 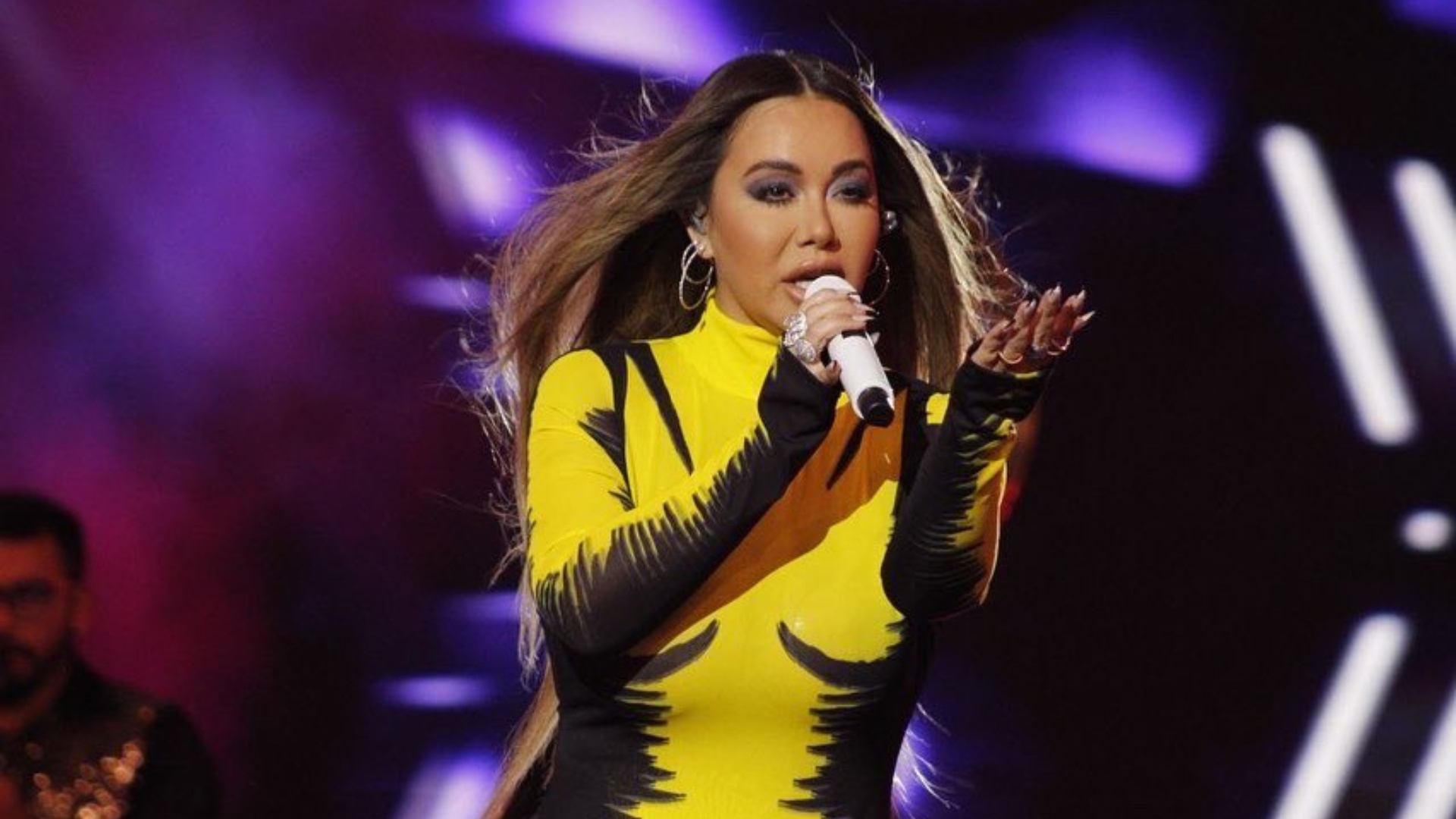 Although some users of the platform considered that Chiquis confirmed the rumours, others defended her by assuring that speaking in the present tense of relatives or loved ones who have already passed away is something normal.

“Sometimes I get to say: ‘where my parents live’ but they don’t live anymore.” “The same thing happens to me, my mother passed away and I still talk as if I were alive”. “My grandfather passed away 1 year ago and I also talk about him in the present, it’s normal, I think.” “It happens to all of us, I keep talking in the present with my dad.” “Just because they’re not here doesn’t mean you can’t talk to them!”, they wrote. 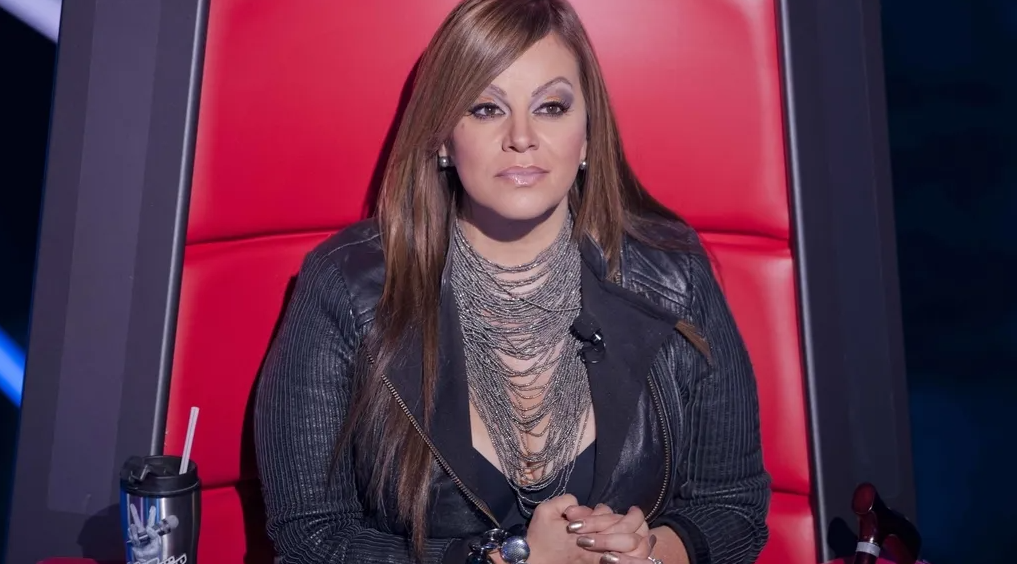 Jenni Rivera was traveling to Mexico City to participate in the final of “La Voz” when she suffered the accident. (Photo: Twitter)

The 37-year-old interpreter has not made any statements about it, but it is not the first time that she has been involved in an issue related to her mother’s death, so it is expected that at some point she will deny the rumors again.

It will be next Wednesday, November 2 when The Diva of the Band will sound again on music platforms with a new song. It was his five children – Chiquis, Jacqie, Jenicka, Michael and Johnny – who announced the launch of Mission accomplished in honor of his mother under the production of Sergio Lizárraga and Pável Ocampo.

As they commented at a press conference, Mission accomplished is an unreleased song and will be part of the album that will be published on December 9within the framework of Jenni’s death anniversary.

Juan Pablo Medina passed one more test that broke the hearts of his fans
Gustavo Adolfo Infante criticized Verónica Castro for a television interview
Joaquín Muñoz insists that Juan Gabriel is alive and asks AMLO for help: “You order and go to the National Palace”

Not all news on the site expresses the point of view of the site, but we transmit this news automatically and translate it through programmatic technology on the site and not from a human editor.
Sara Adm2022-10-18
Facebook Twitter LinkedIn Pinterest WhatsApp

‘The Osbournes’ to Return in BBC UK Revival: ‘Same Laughter, Love And Tears’