JThe most searched keyword by all crypto searchers in the past 24 hours has been “crypto crash,” and yet shrewd cryptocurrency traders are still making big-brain moves.

Data from blockchain analytics firm Nansen shows daily net profit and loss for all smart money addresses trading NFTs. Since April 1, there have been 27 days of profitable NFT trading and 9 days of negative returns for smart wallets.

Nansen considers a wallet to be “smart money” if it is “historically profitable,” meaning it meets at least one of the following conditions:

Clearly, smart money is not foolproof, and not all exchanges are profitable, as evidenced by the few red bars (emphasis on a few). The biggest loss for NFT-trading smart money wallets came on May 1, the day Yuga Labs launched its “Otherdeed” NFT collection, where investors spent over 64,000 ether on fees alone. . 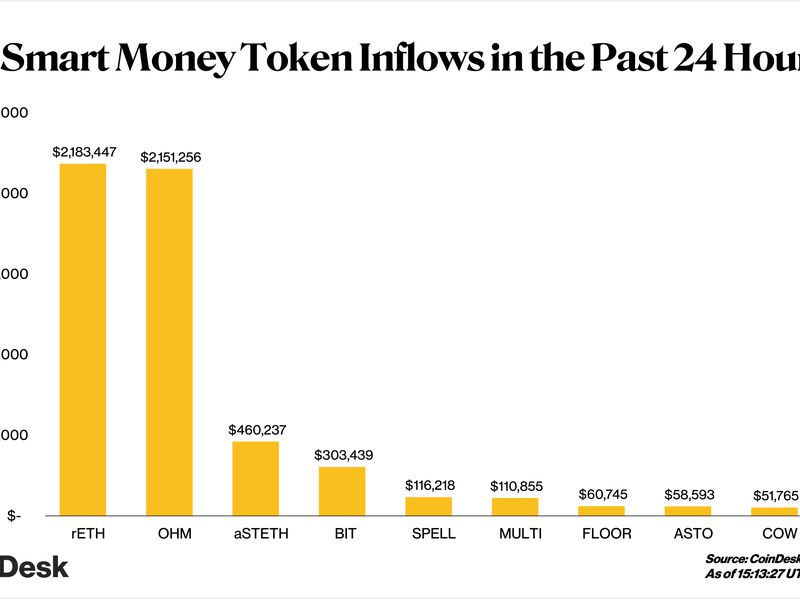 Even though the “Fear and Greed Index”, which examines several factors including volatility, volume, dominance and search engine trends to capture market sentiment, shows that we are in a period of “extreme fear” , smart money is not sitting idly by, given their accumulation of Ethereum staking derivatives rETH and aSTETH.

rETH is a token for Rocket Pools users that represents their ETH locked to the Ethereum beacon chain, and in comparison, aSTETH is Aave’s yield carrier token for stETH, representing ether staked in the Lido protocol.

The smart money inflows of rETH and aSTETH at a time when regular market participants are worried demonstrates the attractiveness of staked ETH for smart money.

During the same 24-hour period, approximately $2.8 million of gOHM, the largest outflow among tokens tracked by Nansen, left a smart money address, labeled “🤓 Smart LP: 0x413”. At the same time, $2.2 million from OHM entered that same wallet which you can see here.

Smart LP, one of many smart money wallet labels from Nansen, is identified as a wallet that has earned at least $100,000 by providing liquidity to decentralized finance (DeFi) protocols, SushiSwap and Uniswap, at the exclusion of so-called impermanent losses.

Besides this trade, just over $400,000 of APE, the governance token of ApeCoin DAO, exited smart wallets today, continuing their recent trend of offloading APE.

Even though Yuga Labs’ NFT collections have high floor prices and consistently have massive volume activity, the associated token hasn’t performed as well. Every day since May 2, APE has been one of the best tokens to leave smart money wallets. Between May 2 and May 6, a total of approximately $3.7 million in APE was withdrawn from smart money holdings. During the same period, the price of APE fell almost 23% from a high of $17.21 to a current value of $13.26, according to data from CoinMarketCap. 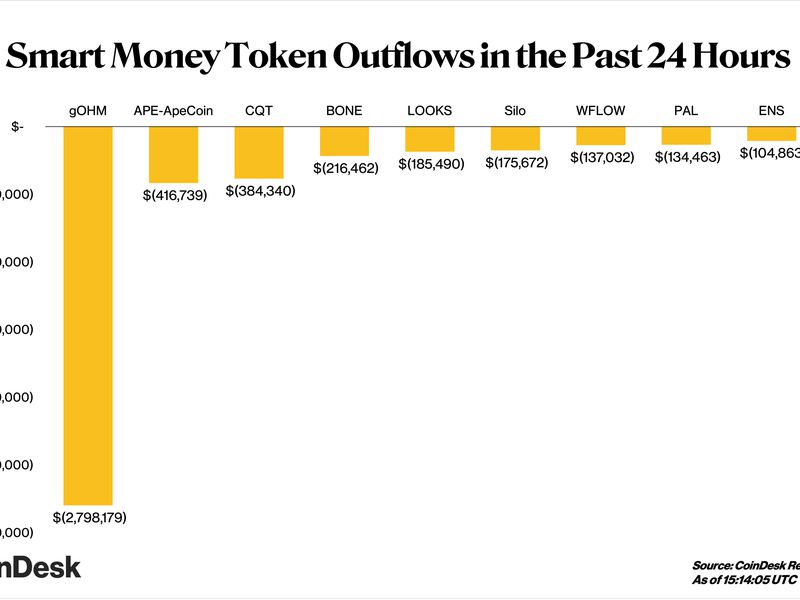 Nansen is one of many companies that analyze publicly available information about crypto transactions, although unlike Chainalysis and similar companies, its services are aimed at giving investors an advantage rather than helping the forces of order to catch bad actors.

While cryptocurrency addresses appear on public blockchains as seemingly random strings of letters and numbers, Nansen uses algorithms, its own surveys, and user-submitted information to draw conclusions about the entities behind it. pseudonymous wallets. However, it is important to note that past performance is not indicative of future results.

Investors could do ‘much worse’ than FedEx here, says Jim Cramer