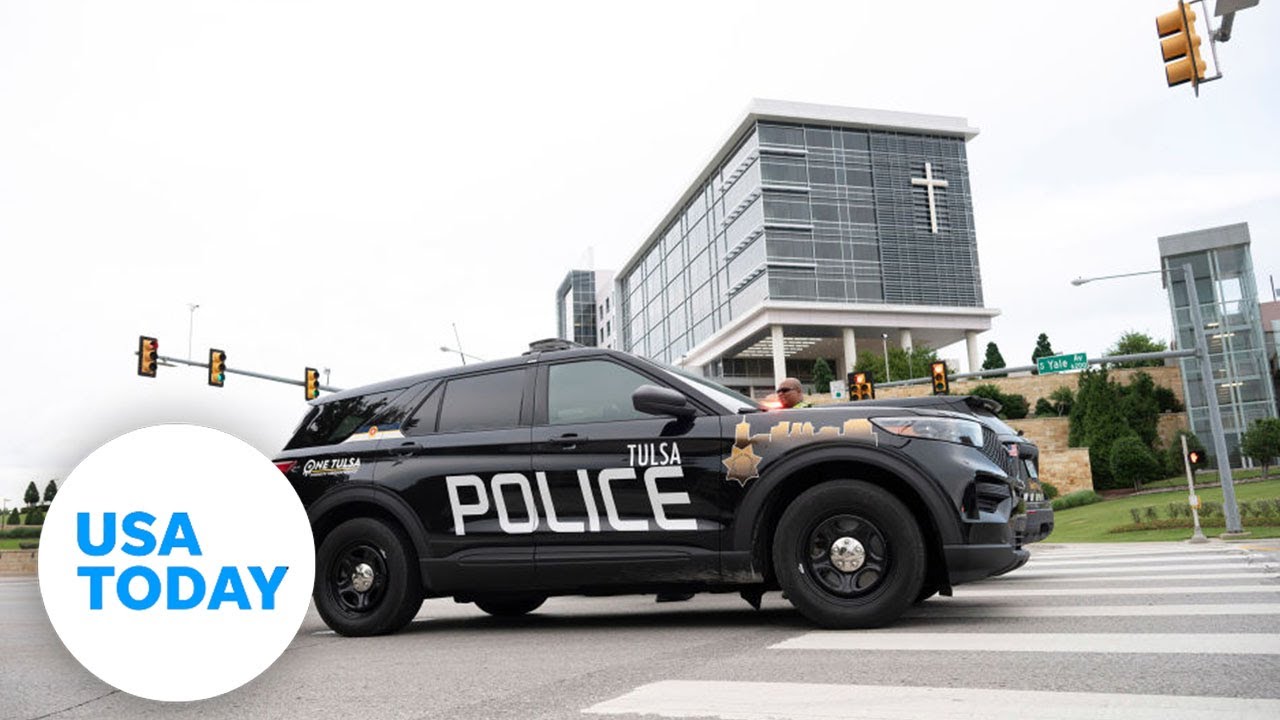 Police released new details on Thursday about what led to a gunman killing four people in a shooting at a medical center in Tulsa, Oklahoma, the latest in a wave of deadly gun violence across the United States .

“We also have a letter on the suspect, which made it clear that he came with the intention of killing Dr. Phillips and anyone who got in his way,” Franklin said. “He blamed Dr. Phillips for the lingering pain after the operation.”

Franklin said the shooter, who died of an apparent self-inflicted gunshot wound, used two recently purchased firearms, including an AR-15-style rifle, in the Wednesday afternoon shooting on the campus of the St. Francis Health System.

Wednesday’s attack comes after high-profile massacres in Buffalo, New York, where 10 black people were killed, and Uvalde, Texas, where 19 children and two teachers were killed in May.

“UNMISSABLE ACT OF VIOLENCE AND HATE”:At least 5 dead, including suspect, in shooting at Tulsa Medical Center

LATEST UPDATES IN YOUR INBOX:Sign up to get every day’s biggest news straight to your inbox

Here’s what we know about the deadly shooting in Tulsa:

Where did the attack take place?

The Natalie building houses an outpatient surgery center and a breast health center. Dalgleish said an orthopedic clinic is also located on the second floor.

The entire hospital closed its campus Wednesday during the shooting.

At least four people were killed in the shooting in addition to the suspected shooter, and several others were injured, police said. Authorities, who did not disclose the identity of the victims or a possible motive, described the medical complex as a “catastrophic scene”.

“It wasn’t random,” Tulsa Police Captain Richard Meulenberg said, according to The New York Times. “He was not an individual who had just decided he wanted to go find a hospital full of random people. He made a conscious choice to come here and his actions were deliberate.”

Dalgleish said the shooter had a rifle or “long gun” and a handgun, and it appears both guns were fired at the scene.

VIOLENT IDENTITY:Why do mass shootings continue? Because that’s what we allowed America to become, writes a member of USA TODAY Editorial.

Police evacuate a home in Muskogee, Oklahoma, after a possible bomb threat

An Oklahoma Highway Patrol bomb squad used dogs to clear a home in Muskogee after police were tipped off that the hospital gunman may have left a bomb inside, the agency said. Muskogee Police Public Information Officer.

Tulsa Police investigators arrived after that search “and took control of the scene,” she said. Muskogee is about 50 miles southeast of Tulsa.

Police said at a press conference Wednesday that dispatchers first received a call from an active shooter in the Natalie Medical Building on the St. Francis Health System campus at 4:52 p.m.

Four minutes later, police said officers had arrived at the scene. At 5:01 p.m., authorities said officers made contact with the victims and the suspect after hearing gunshots on the second floor of the building.

“I was very pleased with what we know so far regarding our officers’ response,” Dalgleish said.

Community members waited for news of loved ones in the designated assembly area after Wednesday night’s shooting.

Kevin Foristal, of Broken Arrow, Oklahoma, said his wife was receiving outpatient therapy at the hospital’s main building infusion center at the time of the shooting.

He was ‘thrilled’ to hear she was safe, but added: ‘There are people out there where that won’t happen.’

Johnnie Munn arrived at the reunification site on Wednesday evening to help provide food, water and emotional support. The Tulsa-area native specializes in mass shooting response for the Red Cross as a senior disaster program manager.

He cared for victims at the site of the deadliest US mass shooting in Las Vegas in 2017, where 60 people were killed. This time he responded to a deadly attack in his hometown.

Oklahoma State Medical Association President Dr. David Holden said in a statement that the organization was heartbroken to learn of the loss of life at the Tulsa hospital.

“Oklahoma’s hospitals, clinics and doctor’s offices are places of healing and should be safe for everyone,” Holden said. “And while there will be much to discuss this tragedy in the days and weeks ahead, we stand alongside our fellow doctors and healthcare professionals in mourning those who have been killed and injured because of this devastating event.”

Mass shootings in the United States this year

The United States has seen a number of high-profile shootings in recent weeks, including two massacres in Buffalo, New York, and Uvalde, Texas.

Wednesday’s attack was the second mass shooting this week in Oklahoma alone: ​​A woman was killed Sunday and seven others were injured at an annual Memorial Day festival in Taft, a small town near Muskogee, reported the Oklahoma State Bureau of Investigation. The shooter then surrendered.

Since January, there have been 12 shootings in which four or more people were killed, according to The Associated Press/USA TODAY/Northeastern University Massacre Database.

Those shootings left 76 people dead, including 31 adults and children in Buffalo and Texas, according to the database. The toll does not include the suspects in the shooting.

Not all news on the site expresses the point of view of the site, but we transmit this news automatically and translate it through programmatic technology on the site and not from a human editor.
remon2022-06-02
163
Facebook Twitter LinkedIn Pinterest WhatsApp

Santos to abstain from committees amid mounting ethics probes

Streaming is the new frontier of cultural protectionism in Australia

Mexico seeks to restore the flow of the Colorado River

4 hours ago
Back to top button
Close