The price to pay for continuing to support Ukraine. Like their European neighbours, the French are affected by the rise in inflation. Fuels, food, everyday products, real estate… The increase in prices is general, and more and more consumers are feeling it in everyday life. This Wednesday, Odoxa unveils exclusively for Europe 1* its barometer on the consequences of inflation in France and Europe, and several lessons can be drawn from it.

First, this surge in inflation worries 92% of French people, according to the Odoxa barometer. Among them, four out of ten even feel very worried. These are comparable figures with our European neighbours. In Spain, the proportion of people who say they are very worried is exploding: more than six out of ten Spaniards strongly fear the effects of inflation. Conversely, it is in Germany that the part of the population which fears this phenomenon the least is the greatest (13%).

The effects of inflation are already reverberating through consumers’ wallets. Nine out of ten French people feel that their daily purchasing power is impacted by the general price increase. They are also 45%, or almost half, to an unparalleled decline in their purchasing power because of this economic phenomenon. Europeans as a whole say they are also affected by inflation, with 89% believing they are affected. 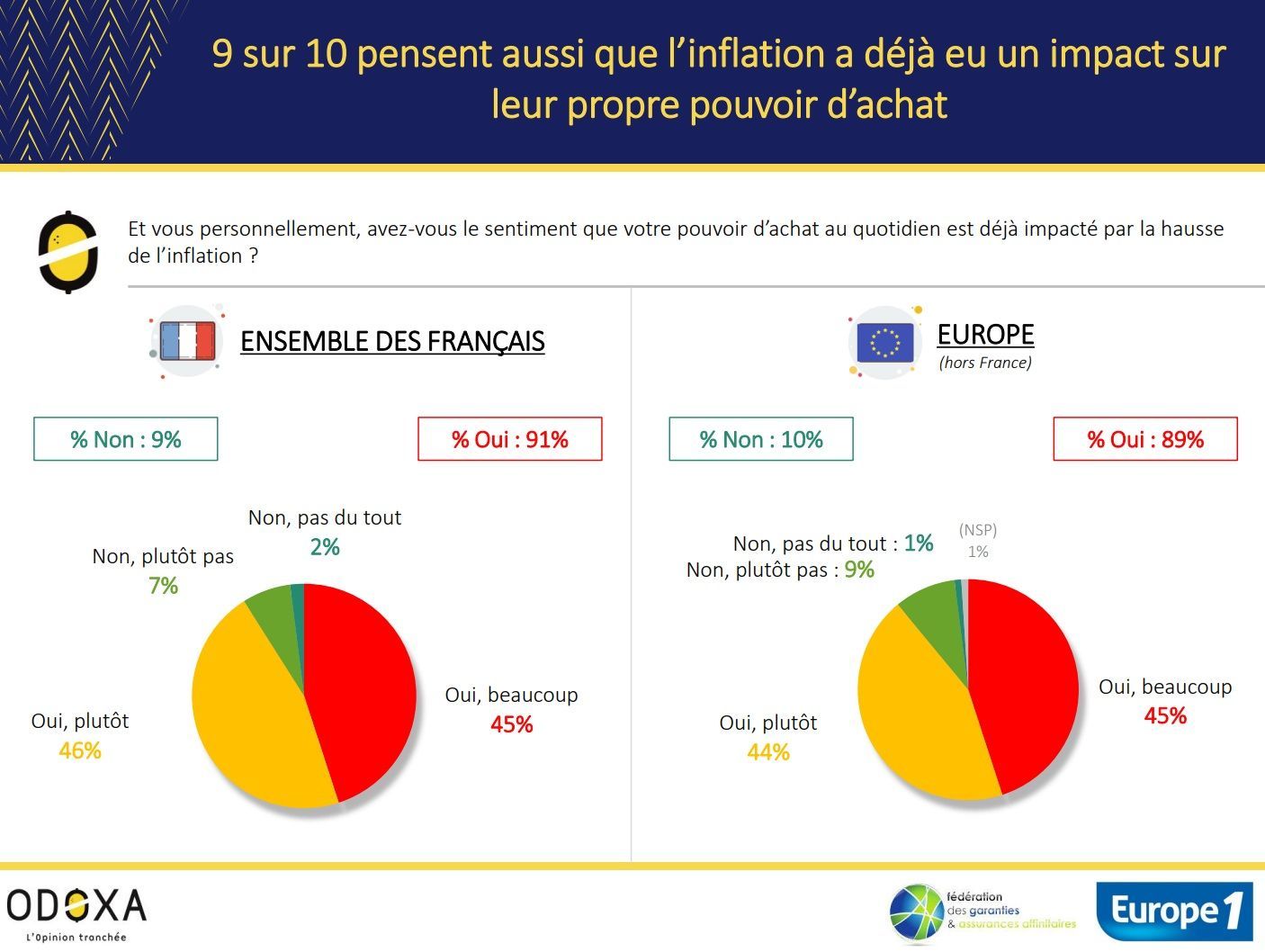 This survey also reveals the perception of Europeans to be in the same boat in the face of rising prices. Nearly 70% of French people surveyed by Odoxa do not think that France suffers less from inflation than other countries in the European Union. A share that rises to 77% on average in Europe (excluding France). Similarly, three quarters of French people and almost as many Europeans (74%) do not believe that their country is more resistant to inflation than their neighbours.

A drastic reduction in daily expenses

Faced with this phenomenon, which impacts everyday life, many consumers have had to modify their spending. This is another lesson from the Odoxa barometer for Europe 1. Nearly half of French people (46%) and Europeans (47%) have changed their buying habits, in at least one area of ​​daily life. This concerns common household consumer goods (clothing, etc.), daily consumption, holidays and leisure, household products and food products. 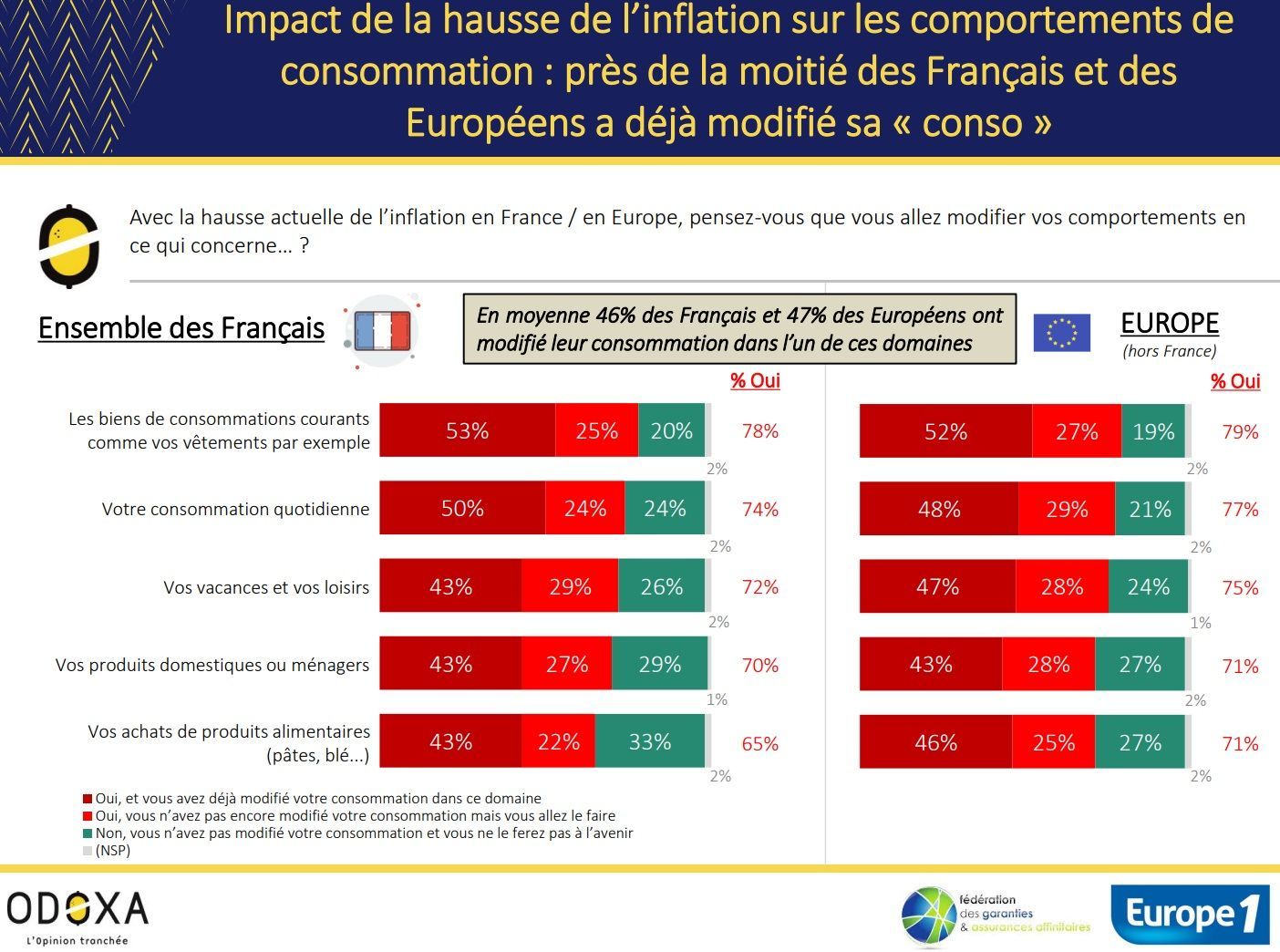 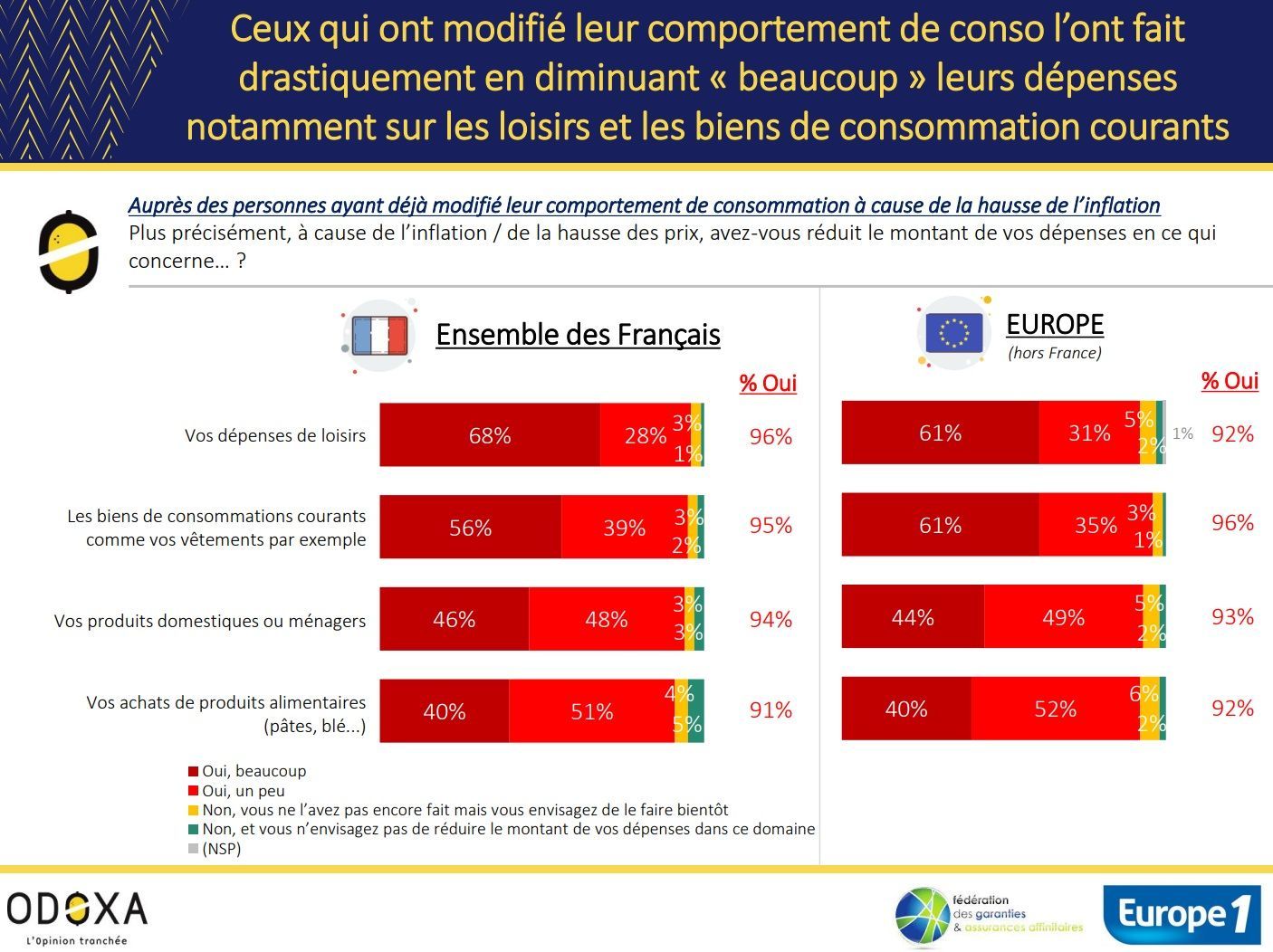 Among Europeans, the Germans are those who have already changed their spending the most in all the aforementioned areas, except for holidays and leisure.

The third major lesson from the exclusive Odoxa barometer for Europe 1 relates to vacation plans. 63% of French people who had planned to leave this summer have changed their plans because of inflation, either by considering a new destination (19%), or by adopting the length of stay (20%) or even by giving up leaving (24%). On the contrary, nearly four in ten respondents are maintaining their plans for the time being (37%). 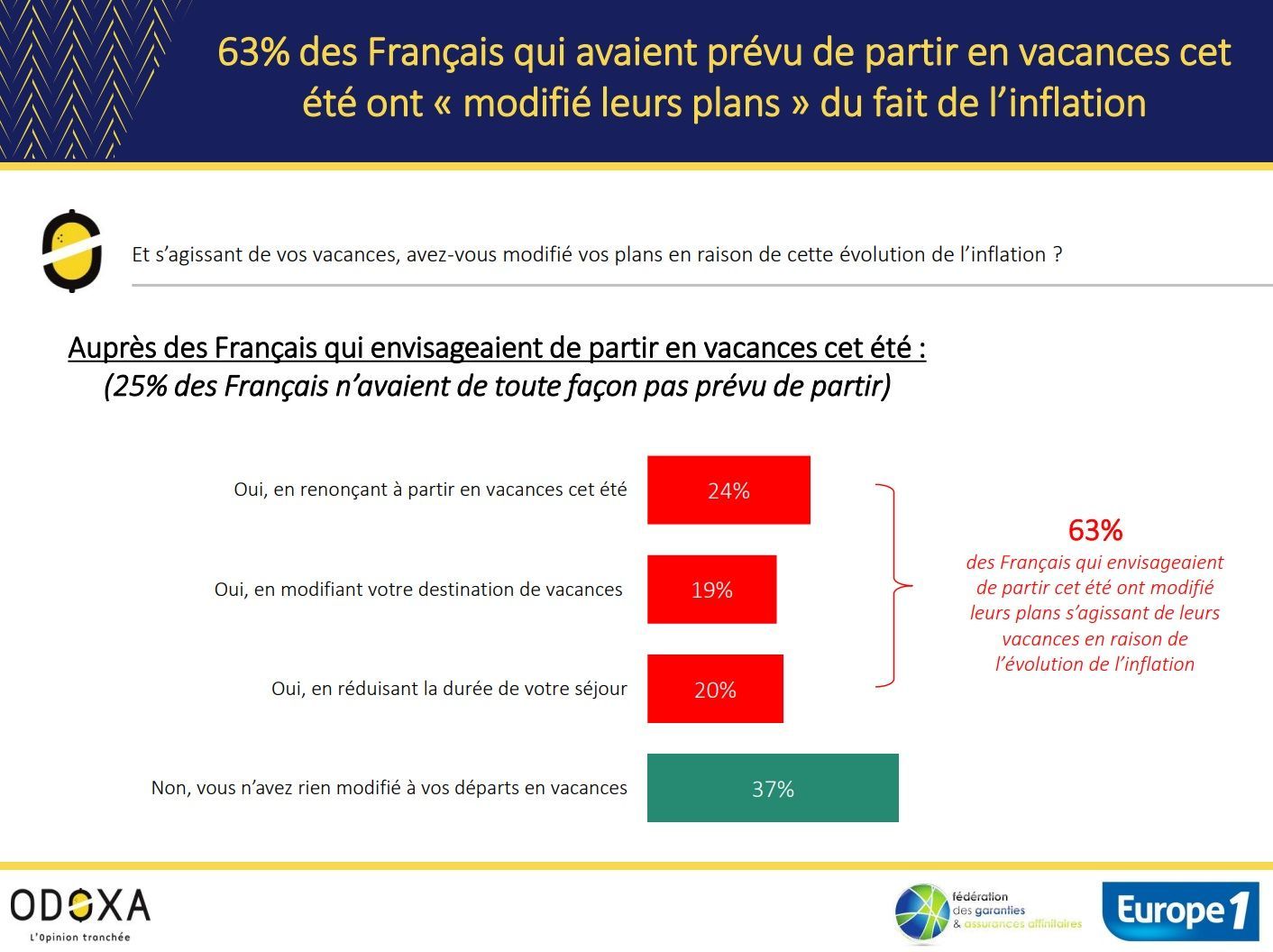 Real estate, savings, mobility… How the French are changing their habits

The Odoxa survey also shines the spotlight on the general character of the price increase. Real estate, savings, mobility are particularly affected by rising inflation. For real estate, more than half of the French who responded (56%) say they have changed their expectations of their future projects. In addition, almost half of those concerned (48%) share their concerns about paying their rent. 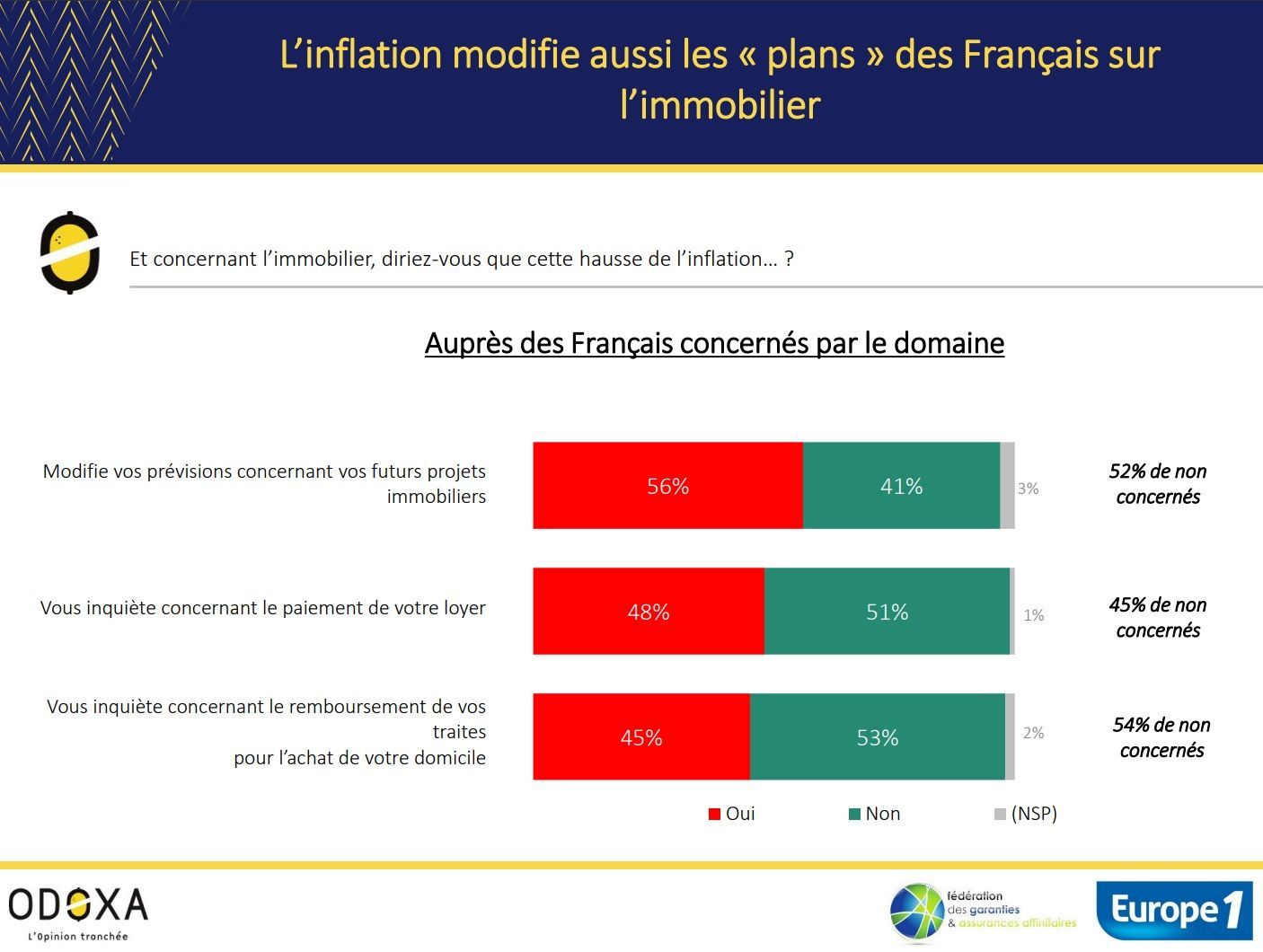 Due to inflation, 36% of them have already dipped into their savings, or even taken out one or more loans, to meet their daily expenses. A part of the French which also rises to 61% if we take into account those who plan to do so. 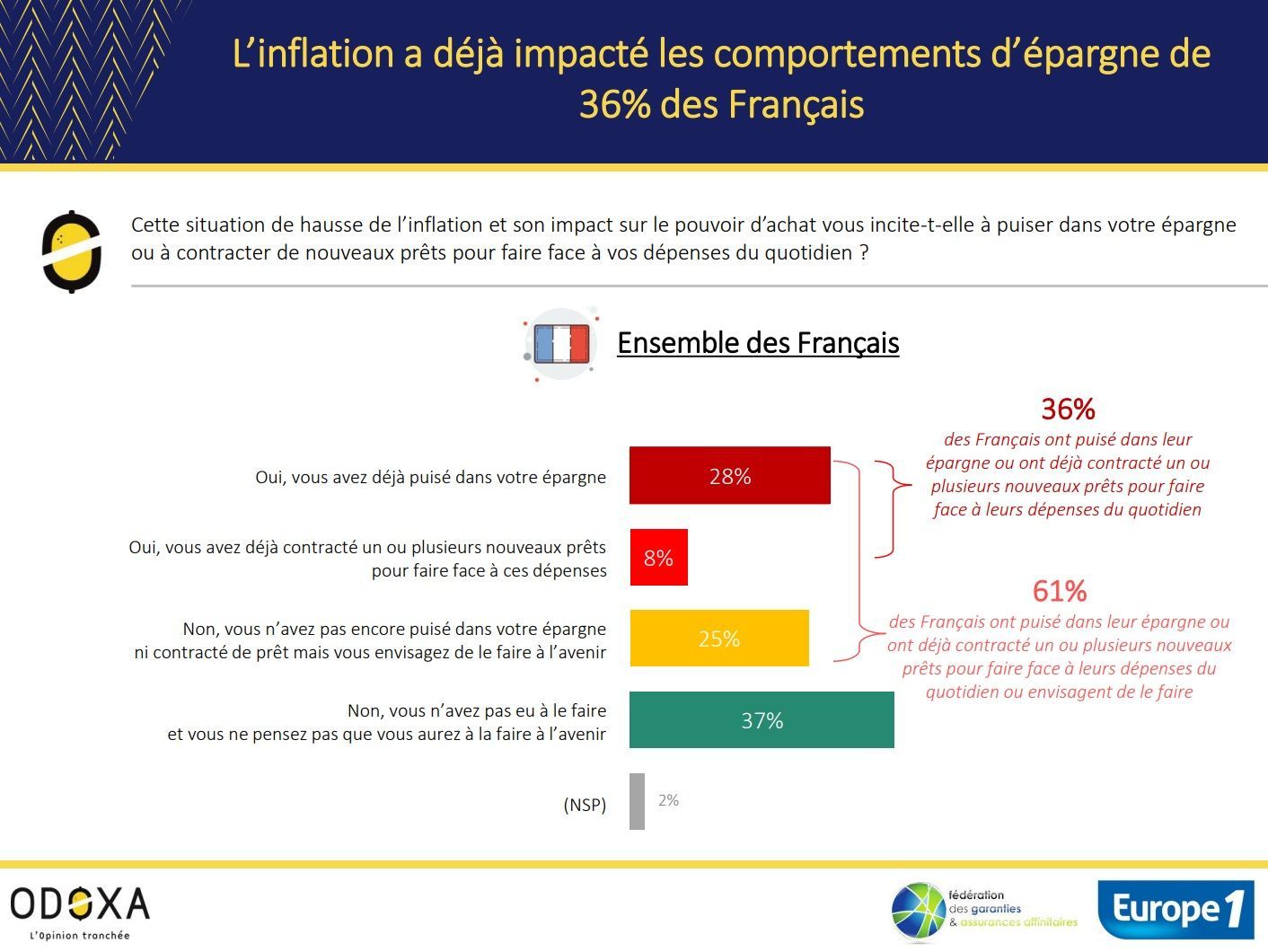 Finally, the last area impacted by the rise in inflation is the mobility of French people. One person in three (33%) emphasizes having changed their transport habits, also taking into account a concern for the environment. With those who are considering changing their mobility, this share rises to 48%, or nearly one in two French people. 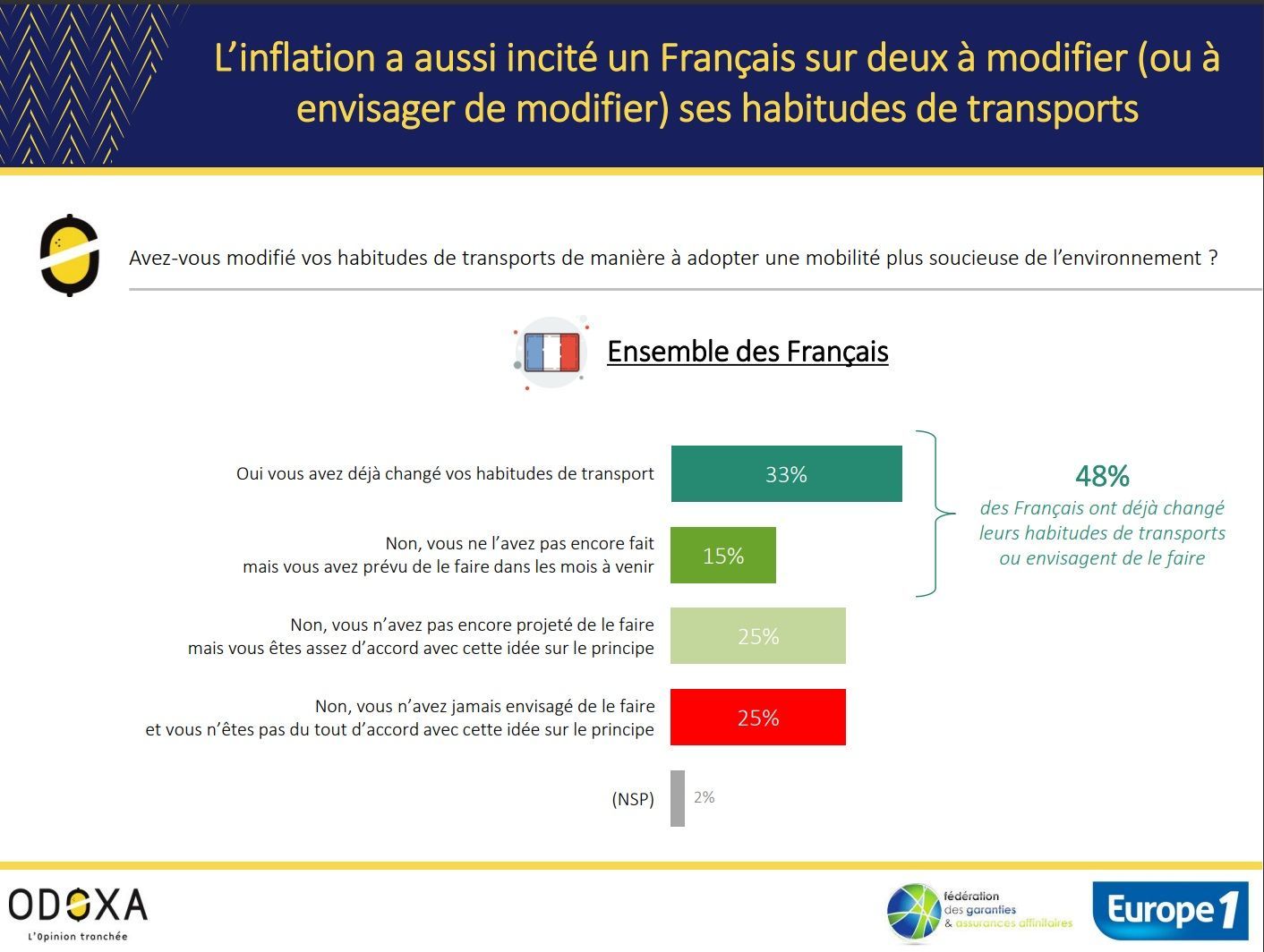 However, majority support for sanctions against Russia

Despite these general price increases due in part to the war in Ukraine, neither the French nor the Europeans want to “let go” of Ukraine, according to the exclusive Odoxa barometer for Europe 1. Six out of ten French people (61%) lean towards contrary to tougher sanctions against Russia, even if this leads to a further rise in inflation in Europe. This is the average among our European neighbours. 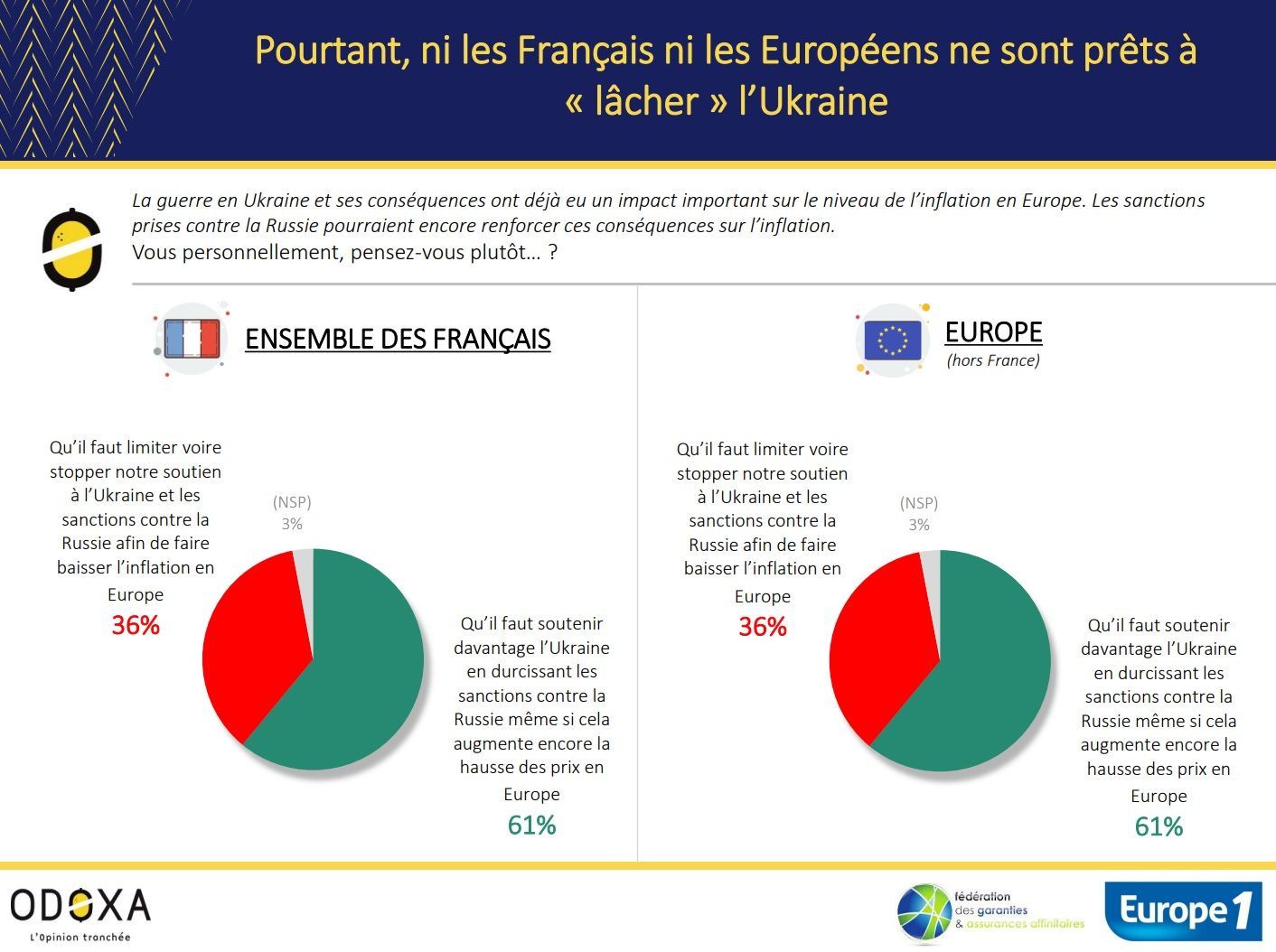 It is the British who want more sanctions against Russia (72%), while the Germans seem more divided between those who want sustained support for Ukraine (51%), and just under half ( 45%) who would prefer a limitation, or even an end to sanctions to bring inflation down.

According to INSEE, the general rise in prices should continue to accelerate to reach 6.8% over one year in September in France, then remain at this rate during the last months of the year. This outbreak will weigh on the economy, with growth expected at 2.3% in 2022.

Not all news on the site expresses the point of view of the site, but we transmit this news automatically and translate it through programmatic technology on the site and not from a human editor.
remon2022-06-29
Facebook Twitter LinkedIn Pinterest WhatsApp

The CGEM submits its proposals

Beth Mead, rage at the end of the foot

For Halloween, a recruitment boom in amusement parks