The coat of arms of Lima was granted by the Spanish Crown on December 7, 1537.

Considered as the City of Kings, the metropolis that is part of the Peruvian territory was a stage in which representatives of the Spanish royalty were located, having as a premise the conservation of this demarcation.

Nowadays, Lima exceeds 10 million inhabitantsrepresenting 29.9% of the projected population of Peru, according to the study carried out by the National Institute of Statistics and Informatics (INEI).

Within it are populous districts who were chosen by nationals, and foreigners, to form their new paths of life. For many decades, the capital was synonymous with opportunities and improvements, being a powerful reason for migration from the interior of the country. 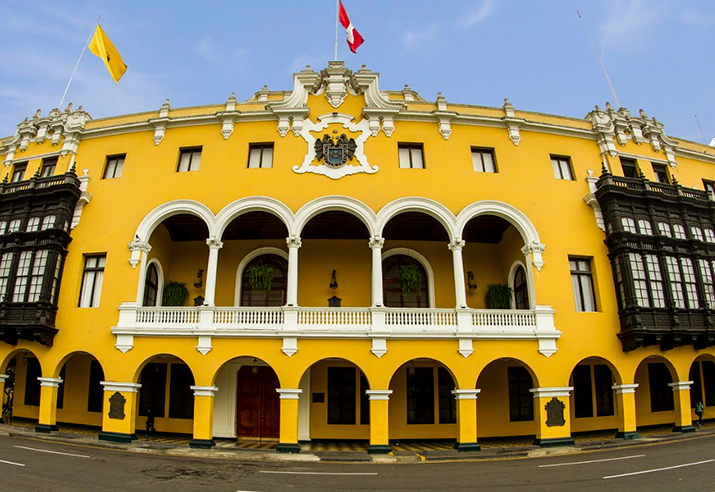 It is a shield that represents the values ​​of its time.

The origin of the name can be explained as a degeneration of the word “Rimac”, according to Garcilaso de la Vega. In Spanish this word means “the one who speaks”, referring to an oracle venerated by the indigenous people and which, by extension, gave the name to the entire valley and its river.

Another version maintains that it would come from “Limac – Limac” or “Limac – Huayta”. This being the name of a yellow flower that served to accelerate speech in children, precision indicated in “Arqueology of Lima” by the author Pedro Villar Córdova.

East it was granted by the Spanish crown on December 7, 1537, being the main reason for adopting European inspiration in its composition. After being announced by royal decree, the symbol was part of the shields used by warriors in battle, as well as an object that highlighted them for their exploits in the service of royalty. 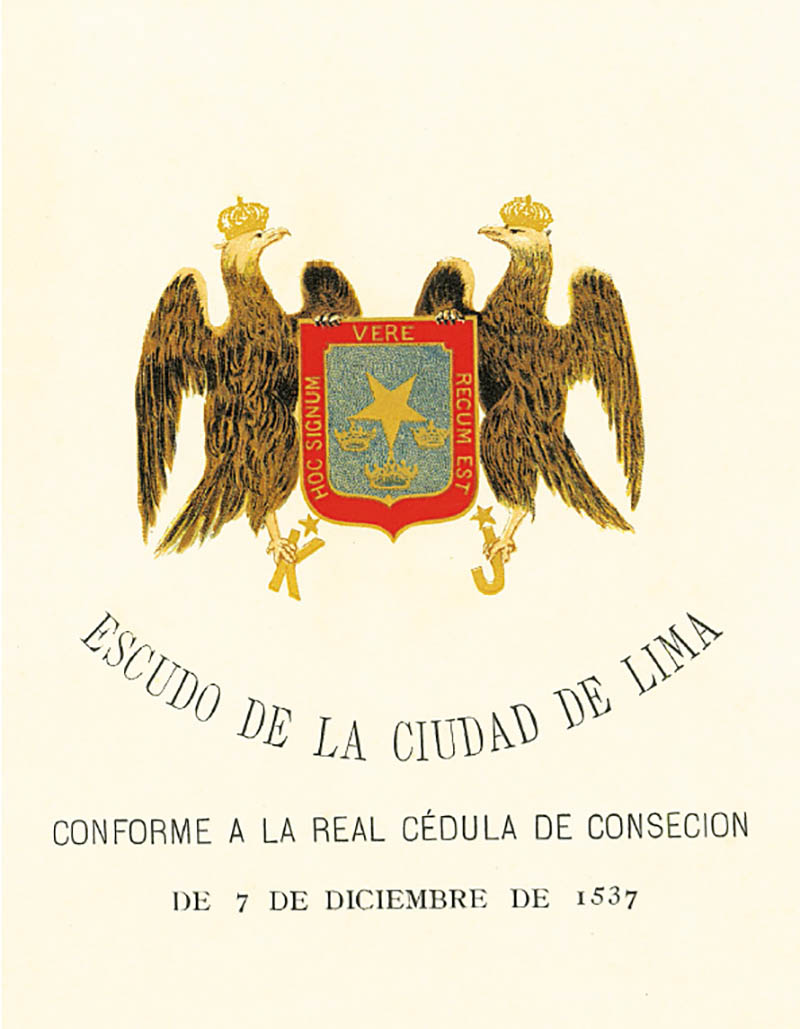 Carlos V and his mother. Queen Juana I of Castile, endowed the city with this coat of arms.

The designated symbols were selected as a remembrance of the name given by its founder Francisco Pizarro.

Shields are known to have originated for the purpose of identifying families. Subsequently, it was implemented to identify States.

In addition to the animals and stars that make up the shield, you can also find the initials IK, which correspond to Queen Juana I of Castillas and her son, King Carlos I. They were responsible for signing the creation of the shield in the year 1537, which maintained Spanish references that until now continue to identify the Lime. The Latin inscription also appears hoc signum vere regum est. What does it mean? It is a phrase that, translated into Spanish, is understood as “this is the true sign of kings.” 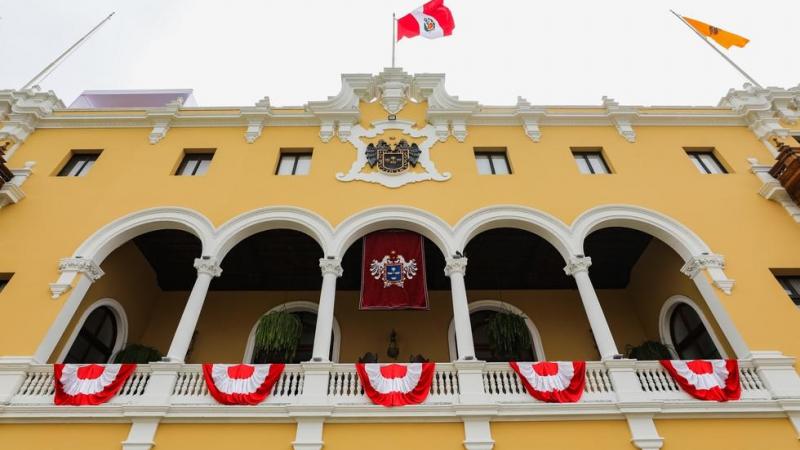 Photograph of the Municipality of Lima.

The city crest can be found in various public areas. Regarding its structure, the Ministry of Culture specifies that the animals that appear in the same they are crowned eagles, not buzzards as believed. These represent the symbol of the Catholic kings. These birds hold the emblem with their claws, symbolizing protection.

In the official design appear 4 stars. A higher one, which is linked to the protection of the authorities that created it. On the other hand, the rest are a representation of the three wise men, taking the reference from the biblical passage about the birth of Jesus, the son of God.

How was the tradition of cutting the hair of the “cachimbos” born?
The origin of the Diablada: a mysterious dance that unites the highlands
Santa Rosa de Lima and the history behind the Wishing Well

Not all news on the site expresses the point of view of the site, but we transmit this news automatically and translate it through programmatic technology on the site and not from a human editor.
Sara Adm2022-08-25
Facebook Twitter LinkedIn Pinterest WhatsApp