Tom Brady: “We’re playing a game, and the army is defending our country. They are two different things and I shouldn’t have made the comparison”; The Tampa Bay Buccaneers are 3-3 through six weeks of the 2022 season and next face the Carolina Panthers 1-5 on Sunday.

Tom Brady has apologized for comparing playing an NFL season to being in the military, saying “that was a really bad choice of words”.

Brady opened his weekly press conference Thursday by apologizing for the comment he made in his “Let’s Go!” podcast.

“Earlier this week I made a statement about football and the military and it was a terrible choice of words,” Brady said. “I just want to express that to all the feelings out there that people may have taken in a certain way. So I apologize.” 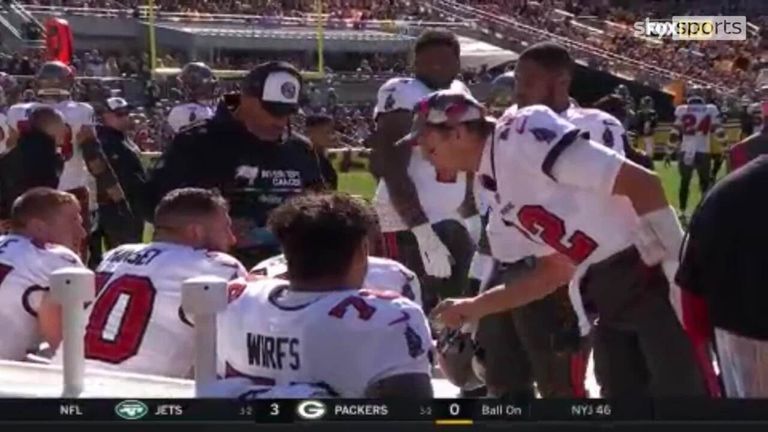 He added: “I have tremendous gratitude to all who served.”

“At the end of the day, we’re playing a game, and the military is defending our country. They’re two different things and I shouldn’t have made the comparison.”

On the podcast, Brady had told his co-host Jim Gray and Brooklyn Nets basketball star Kevin Durant, “I almost watch a season of football like you’re going on deployment in the military — that’s like, ‘Man, I’m going again.’

“There’s only one way to do it. And I think, Jim, we’ve talked from time to time about how you appreciate certain moments? The reality is that you can only really be authentic with yourself, right?

“Every time you say, ‘I want to make sure I spend a little more time doing this’, ultimately your competitiveness takes over and even if you want to have that playful balance with the balance of job, you’re gonna end up doing exactly what you’ve always done, that’s why you are who you are.”

Some members of the military community took to social media following Brady’s comments to express their disappointment.

Brady has shown his support for the military in the past, including during a 2018 trip to visit US Army and Air Force troops at Al Udeid Air Base in Doha. , in Qatar.

Brady and the Buccaneers are currently 3-3 through the first six weeks of the 2022 NFL season. The 45-year-old record seven-time Super Bowl winner originally retired in the offseason before changing his mind and returning for another year. 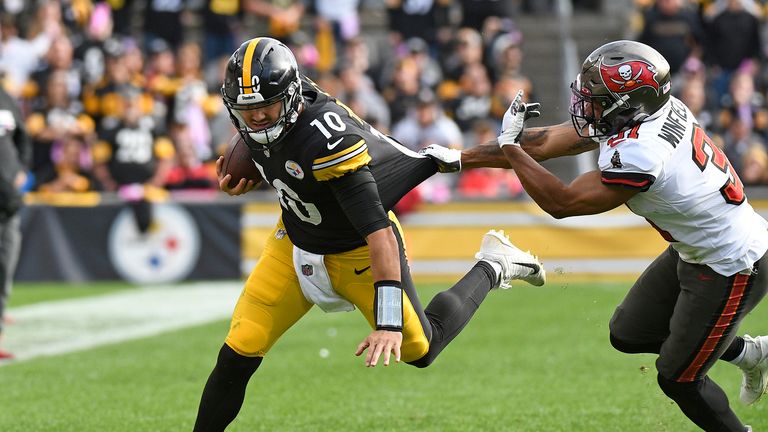 Highlights of the Tampa Bay Buccaneers against the Pittsburgh Steelers from Week 6 of the NFL season.

Highlights of the Tampa Bay Buccaneers against the Pittsburgh Steelers from Week 6 of the NFL season.

Brady missed practice on Saturday, ahead of their 20-18 loss to the Pittsburgh Steelers on Sunday, as he was allowed to attend the wedding of New England Patriots owner Robert Kraft in New York. Friday.

Brady has also been given Wednesdays off this season and took an 11-day break during the team’s pre-season training camp for personal reasons.

“He works as hard as anybody,” Bowles said. “Special treatment? There were a few guys who missed meetings and practices for something special. It just doesn’t get publicized because they’re not him.

“It kind of comes with the territory. You don’t care too much about it.”

When asked if Brady was as “locked up” as he has been in the past, Bowles replied “yes.”

Sky Sports NFL is your dedicated channel for season-long NFL coverage – with a wealth of NFL Network programming. Don’t forget to follow us on skysports.com/nflour Twitter account @SkySportsNFL & Sky Sports – on the go!

Not all news on the site expresses the point of view of the site, but we transmit this news automatically and translate it through programmatic technology on the site and not from a human editor.
Eleon2022-10-21
189
Facebook Twitter LinkedIn Pinterest WhatsApp