Tiger Woods took his place among the greatest of all time on Wednesday night as he was inducted into the World Golf Hall of Fame.

Woods, 46, entered the legendary hall as part of the Class of 2022 with retired PGA Tour commissioner Tim Finchem, US Women’s Open champion Susie Maxwell Berning and Marion Hollins, an amateur champion of the United States and golf course architect who was posthumously recognized.

Woods’ 14-year-old daughter Sam proudly introduced her dad, saying she inducted him “into the Dads Hall of Fame a long time ago”, while also referencing the car accident in Tiger last year in his closing comments.

“We didn’t know if you would come home with two legs or not,” Sam said. “That’s why you deserve it, because you’re a fighter.

“You have defied the odds every time, being the first black and Asian golfer to win a major tournament, able to win your fifth Masters after multiple back surgeries and able to walk just months after your fall.”

Tiger then said, “I just lost a bet against [Steve] Stricker that I wouldn’t cry.

“All the inductees, all the people, all the past Hall of Famers who are here, the players, the World Golf Hall of Fame Committee, thank you for inducting me and getting me through here. .Jay [Monahan, PGA Tour commissioner]thank you for raising the age from 50 to 45.” 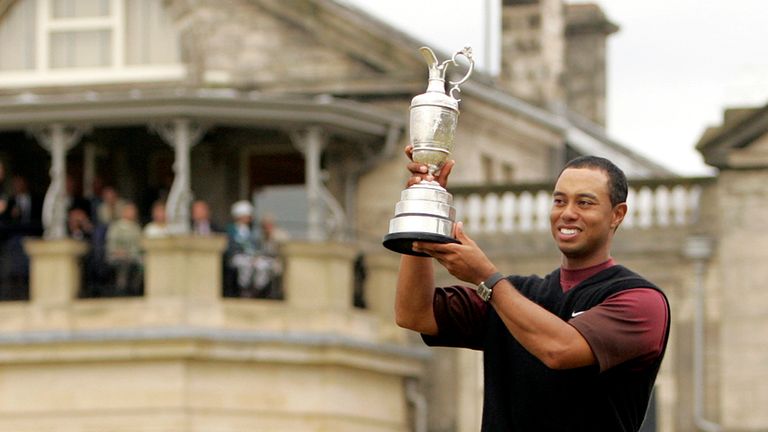 Rory McIlroy, Jon Rahm and Justin Thomas paid tribute to Tiger Woods at The Players, before the 15-time major champion was inducted into the World Golf Hall of Fame.

Rory McIlroy, Jon Rahm and Justin Thomas paid tribute to Tiger Woods at The Players, before the 15-time major champion was inducted into the World Golf Hall of Fame.

Woods began his story at age six, a time when he says he “got hooked on the game of golf” with his father, Earl, who died in 2006.

From there he told the story of a young Tiger who learns, plays and becomes one of the best golfers to ever play golf. 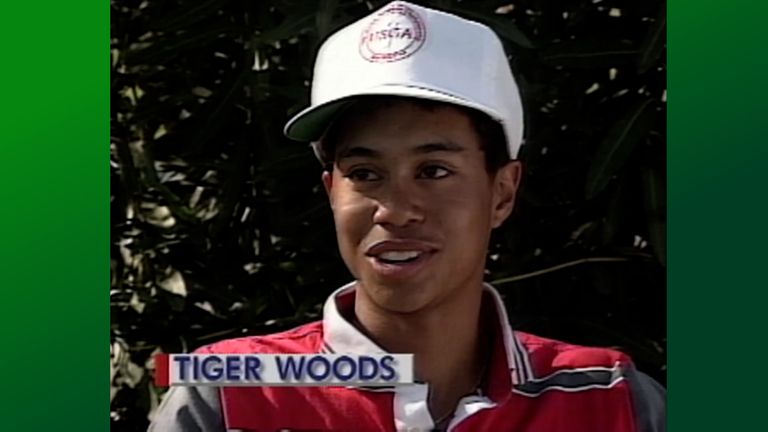 As Tiger Woods prepares to host the Genesis Invitational at Riviera Country Club this week, we flash back to 1992 where 16-year-old Woods made his PGA Tour debut on the same course as the LA Open.

As Tiger Woods prepares to host the Genesis Invitational at Riviera Country Club this week, we flash back to 1992 where 16-year-old Woods made his PGA Tour debut on the same course as the LA Open.

“Without the sacrifices of mom who took me to all these junior golf tournaments, and dad, who isn’t around but instilled in me this work ethic to fight for what I believe in, pursue my dreams, nothing will ever be given for you, everything will be earned,” Woods said.

Woods has not committed to play in 2022 as he continues to recover from his car accident last year. His only tournament of 2021 was in December at the 36-hole PNC Championship with his son, Charlie. 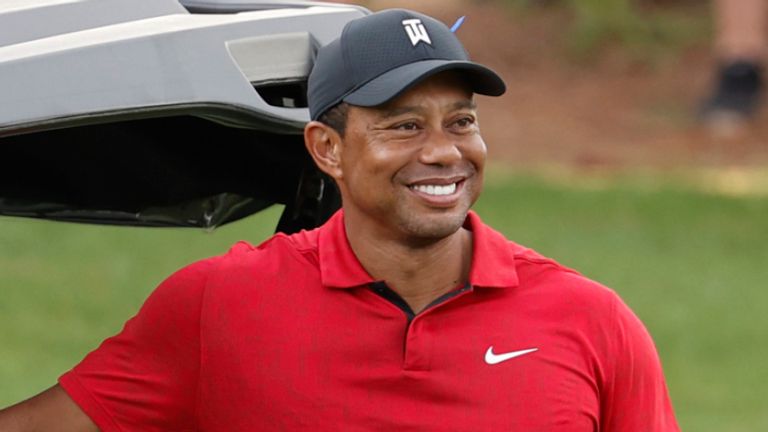 He did not discuss any of his 82 PGA Tour victories or 15 majors, or the eight surgeries he underwent during his career, choosing instead to pay tribute to those who have supported him throughout. of the course.

“I know golf is an individual sport,” Woods said. “We do a lot of things on our own for hours on end, but in my case, I didn’t do it alone.

“I had incredible parents, mentors, friends, who empowered and supported me through the most difficult, darkest times, and celebrated the most beautiful times.

“I just want to say thank you to my mom, Sam, Erica [Herman, his girlfriend]Charlie, everyone here, all my friends who have been here.

“You all made it possible for me to get here. I just want to thank you from the bottom of my heart.”

Watch the players throughout the week live on Sky Sports’ dedicated Players Championship channel. Live coverage of the opening round begins Thursday from 11.30am on Sky Sports The Players.

Not all news on the site expresses the point of view of the site, but we transmit this news automatically and translate it through programmatic technology on the site and not from a human editor.
Eleon2022-03-10
193
Facebook Twitter LinkedIn Pinterest WhatsApp

More confident in Joe Burrow or Patrick Mahomes in the AFC Championship game? | TO SPEAK