In the municipality of Mesitas del Colegio they are already preparing to receive the 23rd edition of the ‘Meeting of Painters and Sculptors of Cundinamarca’. From August 12 to 15, residents and visitors will be able to enjoy the largest Body Paint exhibition in the country, in its second version, ‘Lienzos que Palpitan’. With the help of 50 naked bodies, artists will be capturing their works live and publicly. On this occasion, the objective will be to represent the cultures of the world.

As it was known, about 100 artists will participate in the event: 50 actors and actresses who will lend their naked body as a canvas, and 50 painters who will be exhibiting their art on them. The results will be exhibited in a night show that will include choreographies performed by citizens who wear the works on their bodies. “The latter in particular, have gone through an arduous training process in order to bring viewers a final performance in which their bodies will come to life through art and the 50 united will represent the meaning embodied by each of their body painters”those who carry out the execution of this event stand out. 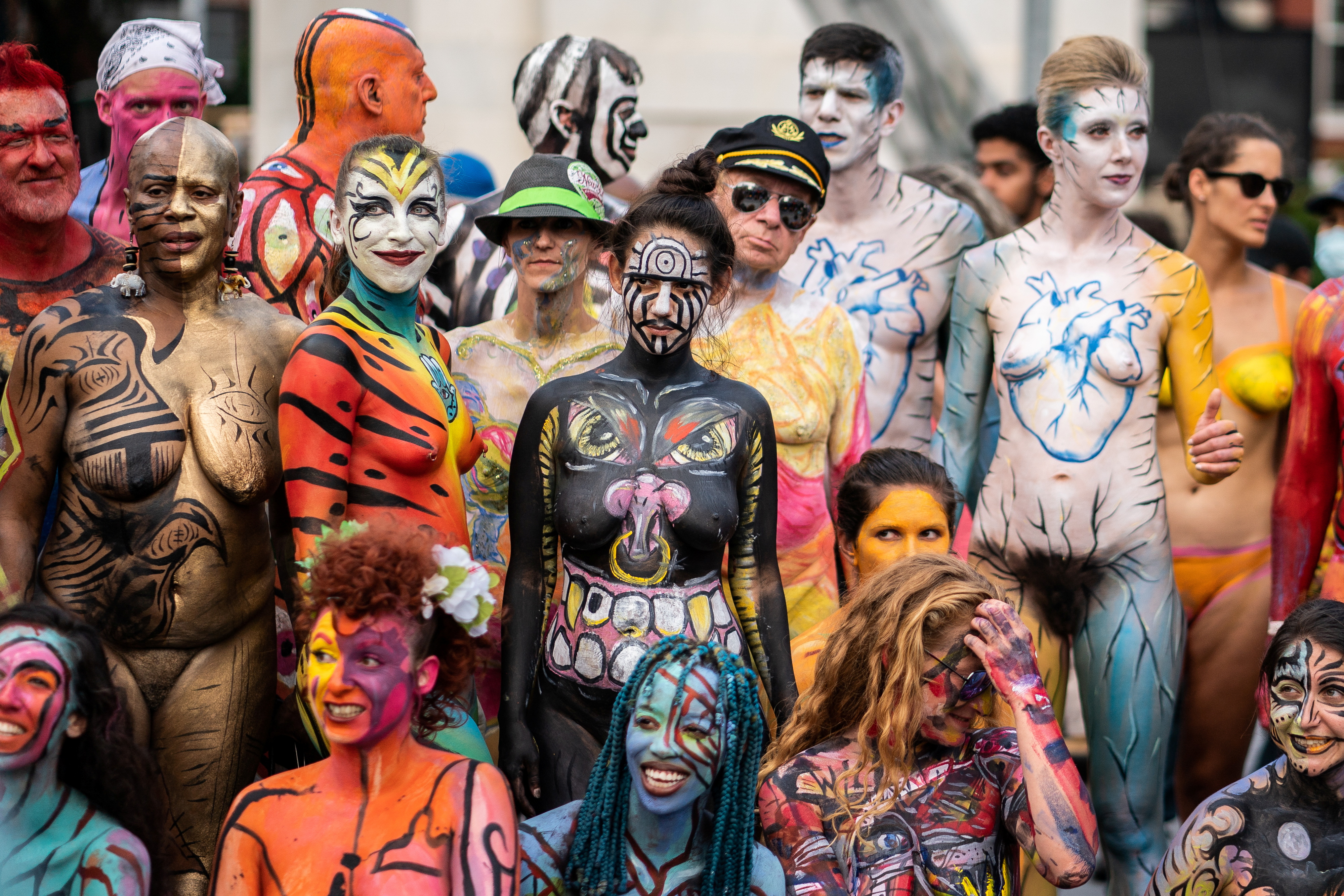 “The ‘Meeting of Painters and Sculptors of Cundinamarca’ has been institutionalized in the country as an event that has transcended borders, which despite the recent public health situations in the world has not stopped taking place and on the contrary has reached different parts of the planet and for that reason, we want that in this edition we travel this same planet through art”, said the mayor of Mesitas del Colegio, Andrés Guerrero. In the past, this cultural meeting has broken a record of visits with more than 6,000 spectators.

For the year 2021, this event was held between July 31 and August 8. “This event, which has been a total success throughout its 31 previous editions, will conclude on August 8 with a show born in Colombia and taken to the big cities of the world known as Artedrez that simultaneously fuses chess and the plastic arts, where the Master of Fine Arts and professional coach of that sport, Jairo Forero, will compete against 50 people while at the same time painting two magnificent canvases”commented from the organization of this event.

This year’s edition of the Meeting of Painters and Sculptors of Cundinamarca will allow its attendees to be part of the sample of the results of the second contest of arts with an environmental sense called “Once Upon a Waste”which aims, from art, to raise awareness about the importance of caring for the environment.

According to what the mayor’s office stated at the time, the applicants had to transform an object or recyclable material into a work of art. The three winning projects, from first to last place, respectively, will win cash prizes of 500,000, 300,000 and 200,000 pesos.

In addition to the exhibition and the award ceremony, as is done every year, a space for peasant samples, samples of training processes in plastic arts, free painting classes for beginners, tributes to Colombian folklore and a 3D art gallery exhibition with the paintings and sculptures of Cundinamarca artists.

Not all news on the site expresses the point of view of the site, but we transmit this news automatically and translate it through programmatic technology on the site and not from a human editor.
Sara Adm2022-07-31
Facebook Twitter LinkedIn Pinterest WhatsApp

How to have healthy teeth, mouth and gums

Giovanni Medina explained why he subscribed to Ninel Conde’s Onlyfans