This Tuesday at dawn, a bus driver was shot in the leg in the town of Villa Diamante, Lanús district

In the Buenos Aires town of Lanús, A bus driver was shot this Tuesday at dawn in the leg by a criminal who got on the bus as a passenger and ended up fleeing after stealing his belongings.

The criminal act It happened on Warnes and Lomas Valentina streets, in the Villa Diamante neighborhoodof the aforementioned locality in the south of the Buenos Aires suburbs when uA man boarded intern 13 of bus line 158 of the transport company El Puente, which was driven by the driver identified as Andres Baez.

After that, and almost instantly pulled out a firearm and demanded the driver hand over the backpack with your belongings, Báez complied without offering resistance. Despite this, before fleeing, the assailant fired a shot at the driver’s legwhich hit him at the height of the left calf.

Quickly, the driver He was transferred by personnel from the 5th police station. from Villa Diamante to the Early Attention Unit (UPA) 3 of Lanúswhere he received the first cures.

From the investigation they indicated that the driver is stable, out of danger, while the police are engaged in the search for the suspect.

The done, As reported Telamwas labeled as “theft and injuries” by the prosecutor’s office on duty of the Judicial Department of Avellaneda-Lanús.

As a result of the violent episode, this Tuesday, August 16 in the morning drivers of the El Puente company, which includes bus lines 32, 75 and 158, interrupted their services and protested in front of the Municipality of Lanús in claim of security measures in their routes.

As a result of the complaints of the bus drivers, delegates of line 158 signed a agreement with authorities of the Municipality of Lanús and the local police to “guarantee greater vigilance” during the vehicle routes through the area, municipal sources reported.

Meanwhile, the investigators continued to analyze the area on security cameras, with the aim of finding the author of the act or any significant clue in the cause. 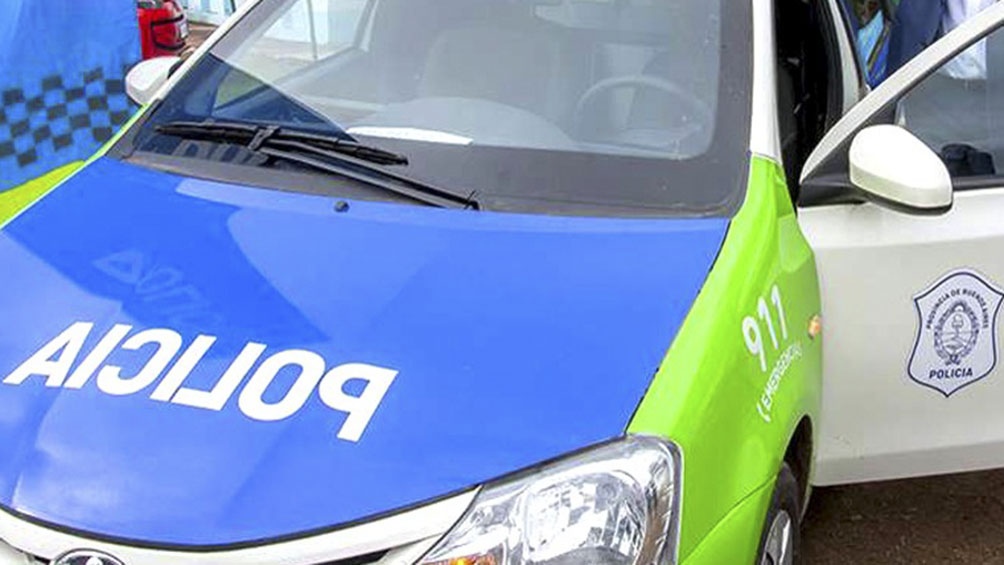 In the middle of last June, three criminals tried to rob a driver and five passengers -two of them were policemen- who were traveling in the intern 6343 of Line 60 that was traveling on the Pan-American highwayat the height of the Buenos Aires party of Tigre and heading to the City of Buenos Aires.

Inside the transport there was a struggle that led to a shootout and one of the alleged assailants died. Her two accomplices fled, although hours later it was learned that one of the two suspects who escaped was arrested when he went to be treated at the General Pacheco hospital with three gunshot wounds.

It all happened at the crossroads Panamericana and Route 197, at kilometer 29, in the town of Talar de Pacheco and, according to investigative sources, The policemen, a man and a woman, who prevented the robbery were traveling to the Buenos Aires neighborhood of Palermo.to begin their work day, from 6 to 14, at the Comuna 14C police station.

According to witness accounts, the bus in which the driver and five passengers were traveling stopped at a stop to pick up a woman and two young people. As soon as they went up, one of the three drew a gun and warned the rest that it was an assault.

However, none of the three criminals knew that Two of the five passengers who were in that intern on Line 60 were City police officers: they were dressed in civilian clothes and sat at the back of the unit. Immediately, they called a halt and drew their pistols.

It was at that moment that, according to the sources consulted, there was a struggle and the only thief in the group of criminals used a knife. “The officer was attacked with a knife by the criminal causing cuts in her jacket, which was seized to be examined. Meanwhile, it is not ruled out that another of the assailants was injured in the shooting.said one researcher.

The cause is investigated as robbery qualified by the use of a firearm and homicide.

A bus on line 10 caught fire in the middle of Palermo
A former legislator of the Mendoza PJ died during a robbery at his house in Maipú
Córdoba: a woman was run over by the train, but saved her baby by throwing it to the side of the tracks
A couple was arrested for beating a 20-month-old baby to death in Merlo

Amid Official Silence, Families of Russian Soldiers Get Answers from the Enemy