Hours before the start of the march called by the President Andres Manuel Lopez Obrador (AMLO), alleged elements of the National Guard They were captured in trucks on Paseo de la Reforma in the direction of the Angel of Independence, the meeting point from where the demonstration will begin.

Clouthier pointed out that in Sinaloa they offer “transportation by truck, per diem, 1000 pesos for their gum; only requirement “to march”, for that reason he ironized that the new government is different

It was via social networks where the activist Paola Zavala shared images showing possible members of the national guard dressed as civilians traveling aboard trucks belonging to the armed forces.

“The uniformed people are already arriving without uniforms to show their support for the President of Mexico”, reads the publication published at 2:20 in the morning of this Sunday, November 27, the day on which the March.

It should be noted that prior to the march, the daily The universal, released information regarding the participation of security elements in the demonstration. According to what was published by the newspaper, he had access to an information card in which elements of the National Guard were summoned to attend the march “without excuse or pretext.”

AMLO’s 5 recommendations to attend the march on November 27

Said document was signed by the corporation’s commissioner, General Malcriades Meléndez, who presumably summoned the elements to comply with the order.

In the information revealed by The universalGeneral Meléndez would also have requested the personnel of the different Security Companies for Communication Routes to go to the place and coordinate with the commander in charge for the administrative procedures.

In this regard and by way of reply, the National Guard denied that it had asked its elements to attend the march. In this sense, the security institution assured that there is no official document with which the elements were asked to go “in civilian clothes” and “without any pretext” to the mobilization called by the President.

It should be noted that since dawn the arrival of hundreds of people to the Angel of Independence was recorded, where the arrival of President Andrés Manuel is expected at 09:00 this Sunday, to lead the march that he himself called Recently.

With this, dozens of trucks turned Paseo de la Reforma into a large terminal for vehicles coming from various parts of the Republic. 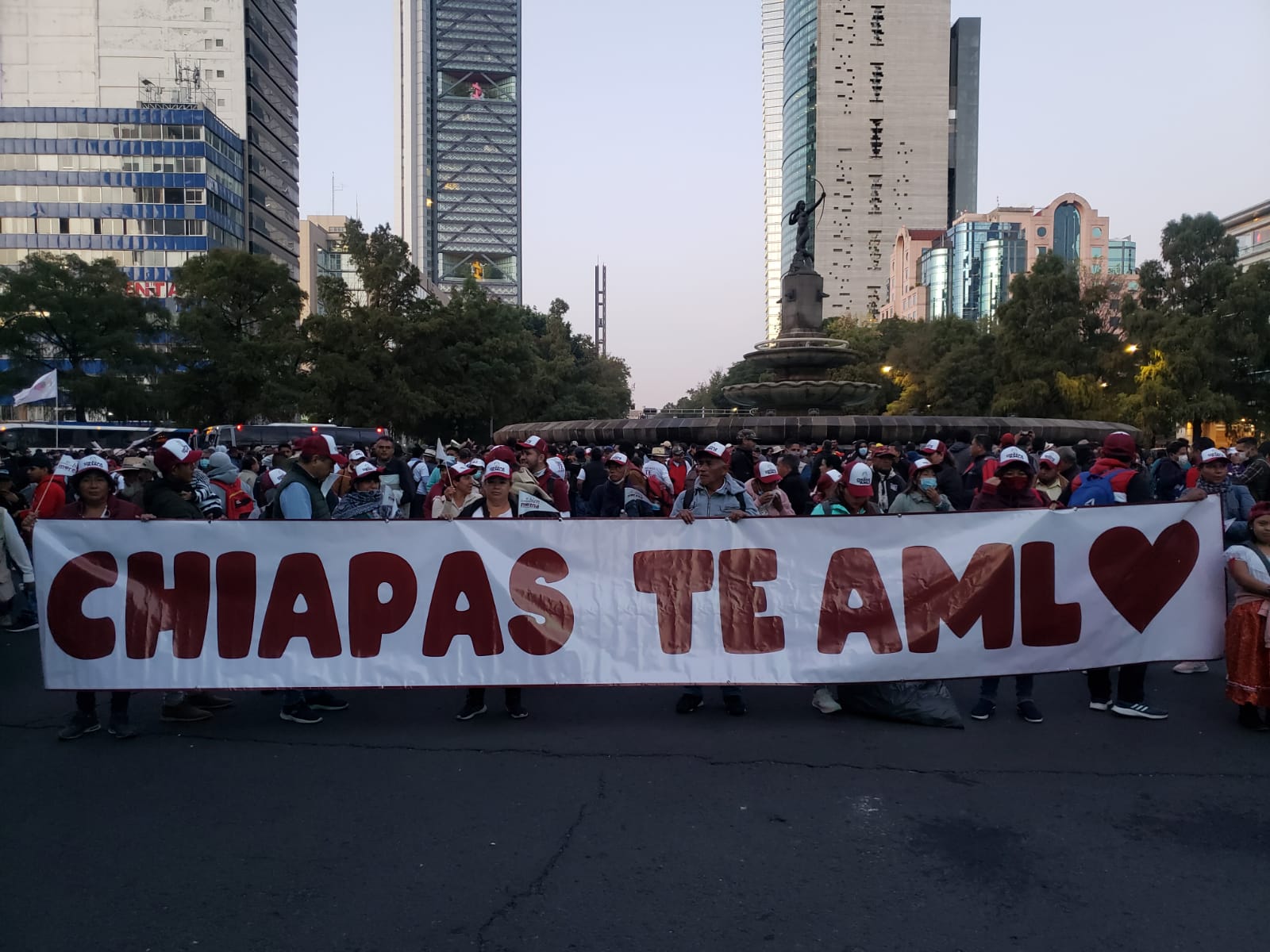 Hours before the march, the arrival of various contingents is already registered (Twitter: nacit21T)

In the midst of “revelry” and music, citizens wait from their contingents for the march to start on its way to the Zócalo in Mexico City, the point at which the president will issue his fourth government report.

In the midst of the “celebration”, as the President of the Republic has described it, the presence of “carried” has been denounced, even the opponent of the current administration and senator of the National Action Party, Lilly Telléz, proclaimed this Sunday the 27th as ” the day of the transported”.

This is how they exhibited Servants of the Nation offering transportation to attend the AMLO march
AMLO march: this is the schedule, route and road closures that the mobilization will cause
March 11/27: Mario Delgado recalled that Morena comes from the streets and the marches for AMLO
March in favor of AMLO will cost 1.5 billion pesos, exposed Roberto Madrazo
Prior to the AMLO March, merchants confronted CDMX police for eviction from Alameda Central

Not all news on the site expresses the point of view of the site, but we transmit this news automatically and translate it through programmatic technology on the site and not from a human editor.
Sara Adm2022-11-27
203
Facebook Twitter LinkedIn Pinterest WhatsApp

50 mins ago
Back to top button
Close