Part of the videos seized from the organization

Members of the Human Trafficking Department of the Federal Investigations Superintendence of the Argentine Federal Police (PFA) they dismantled a dangerous international organization dedicated to human trafficking that operated from the Villa Crespo neighborhood, although it had a headquarters in the United States. The organization presented itself as a sect that promised “spiritual improvements” to capture its victims, to reduce them to servitude or, in some cases, offer sexual services to “people of power”. 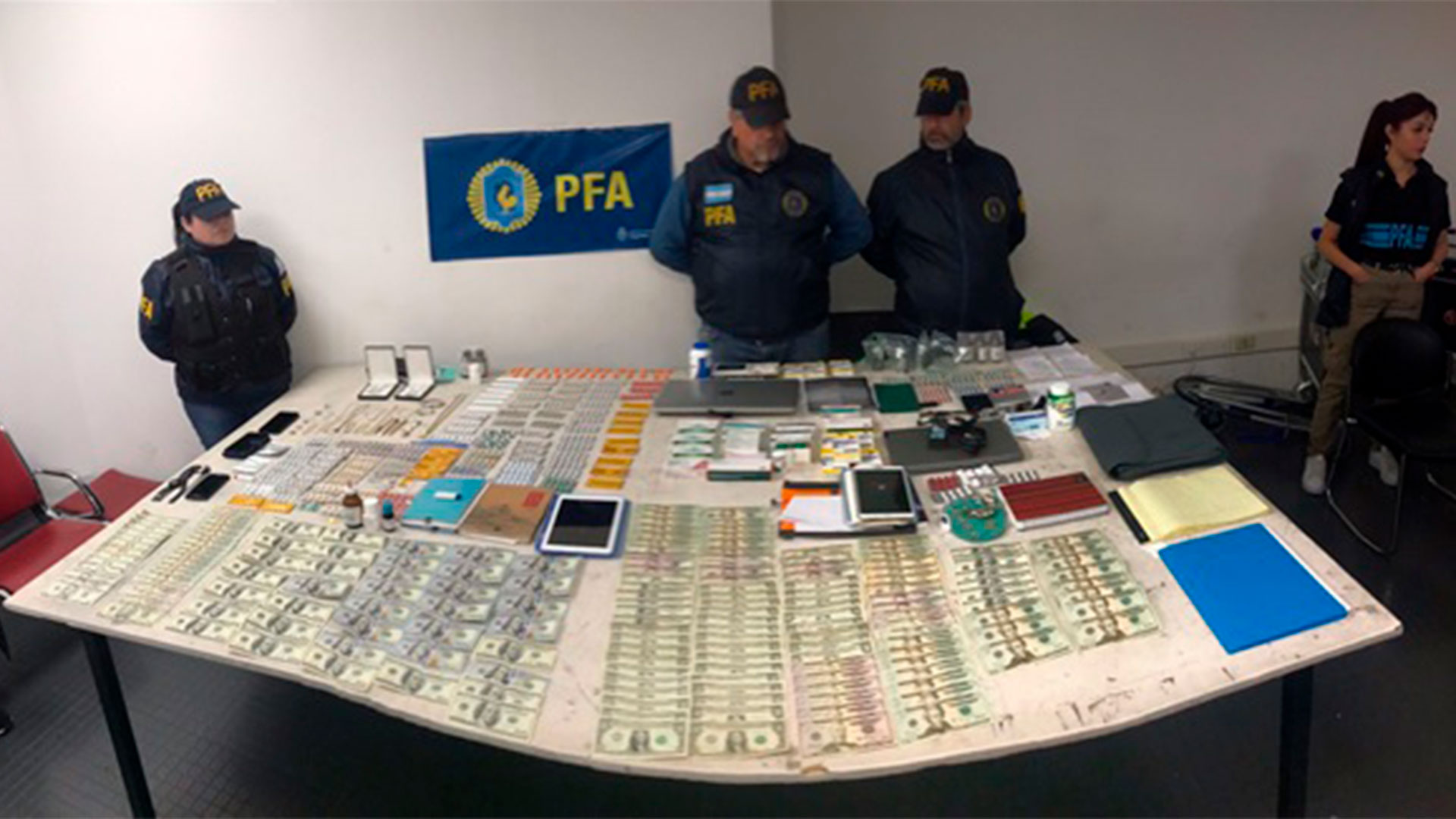 Part of the money seized

According to the information that the investigators were able to obtain, the organization recruited its victims with the promise to end “the evils of AIDS and drugs” and “seeking the development of happiness”. Thus, he incorporated them into the organization and managed to reduce them to a situation of servitude. ANDIn other cases, he offered them some of the “medical” treatments that they did in his “clinics”, with the fundamental purpose of obtaining money, influence and “coverage” for their leaders.

Currently, the organization used its members to offer sexual relations to powerful personalities, such as the case of an international artist. Another of the maneuvers that he carried out was the one that consisted of being “sleep cures”. It was nothing more than drugging the “faithful” of the organization and other people captured abroad to put them to sleep for days as a form of punishment in the first case and an alleged drug treatment for the others..

The investigation of the Federal Police was made on the firm called BA GROUP, which, according to what they were able to establish, was used by an international criminal organization “that moves in the world of business, health and politics.” The sources maintain that its organizers derive from what were formerly known as sects and that they currently evolved in a multitude of ways. They are no longer what they were a few decades ago. 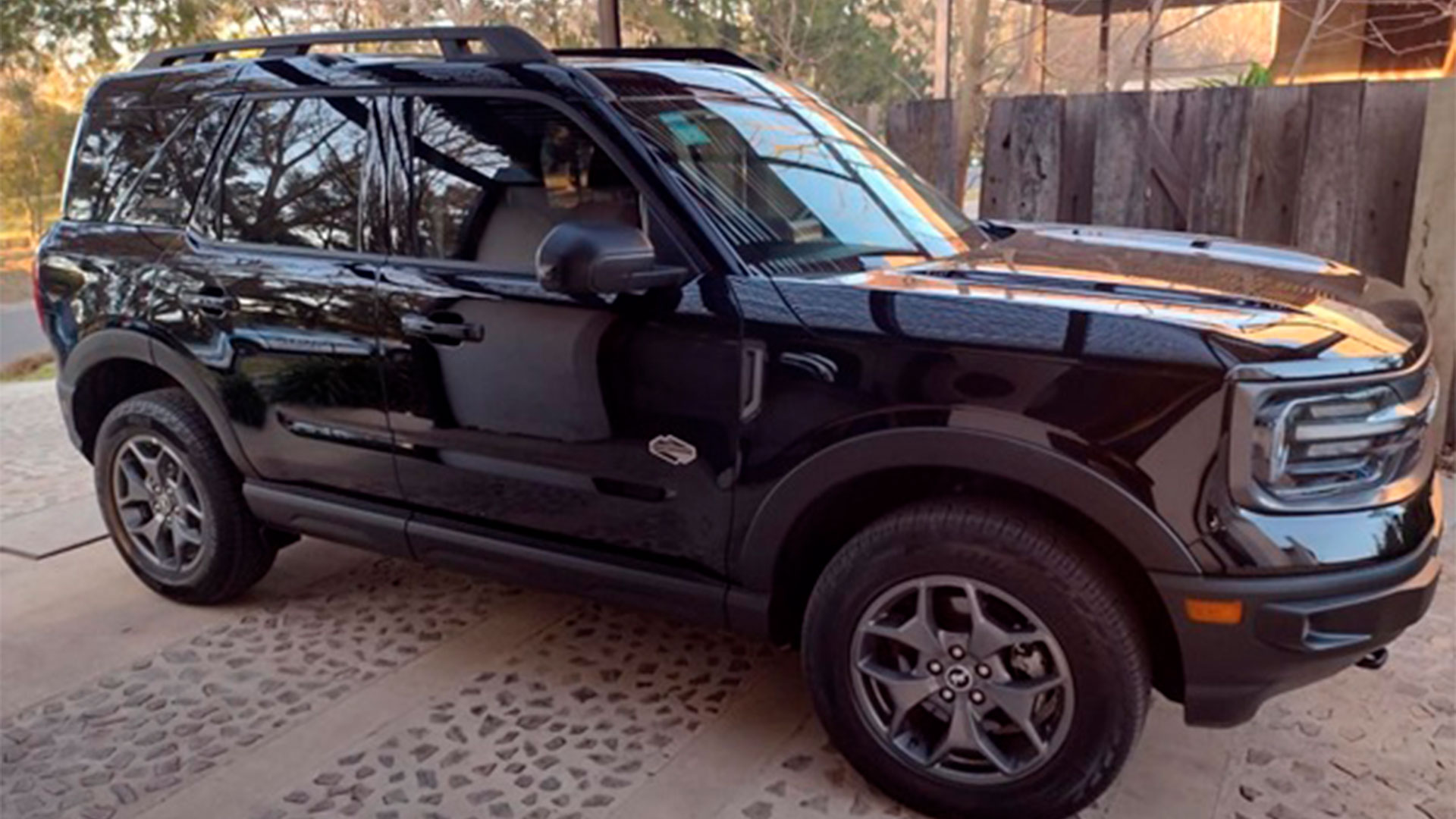 The luxurious van that they were kidnapped

In addition to the recruitment of victims and the services they offered, the PFA discovered the sophisticated method of laundering the money they obtained. The profits obtained from the exploitation of all these people – “students” of the EYBA organization and the “patients” of the clinic called “CMI ABASTO” – allegedly they entered the legal circuit through real estate agencies and a notary’s office that the organization has in the countryin addition to different foundations created in the United States. The latter generated a constant flow of foreign currency, whose public and legal face for that purpose was the BA GROUP company..

To carry out its tricks and recruit victims, the criminal organization had an internal structure in which it promised to “evolve” and then “reincarnate” in one of its unusual hierarchy: the leader, “master” or “angel” (level 7); “Apostles, (level 6); level 5 with the “geniuses”; level 4 of the “students” and levels 3, 2, 1, which would be the “common humans”.

Likewise, they established a flow of trips to the United States and Uruguay, with the aim of carrying out the same activities that they carried out in Argentina, but with the difference that the people captured were convinced to come to the country to carry out different “help” treatments. Among them, “the sleep cure” and thus be able to isolate them from their direct relatives and carry out different maneuvers to obtain economic benefits.

The file was left in the hands of the Human Trafficking and Exploitation Prosecutor’s Office (PROTEX) and Federal Court No. 4, whose head is Judge Ariel Lijo.. The organization is accused of a series of serious crimes: Trafficking in persons for the purpose of reducing servitude, aggravated by coercion, aggravated theft, money laundering, illicit association, illegal practice of medicine, irregular sale of medicines and drug trafficking. influences.

Almost three months after the census, they claim that they have not yet received the $6,000: “That money is no longer worth half”
The intriguing plot behind the death of a man treated by a fake doctor: who is the mysterious Colombian accused of being an accomplice

Three arrested under investigation for alleged group rape in Uruguay

Desi Lydic Soars As Stewardess DeSantis-Dissing On Board Migrant Plane