File image: a child looks out the window in a Home (EFE/Conceptos Sencillos)

with the title “Sign so that ‘José’ stays with Pablo and Ele” a petition on the Cange.org platform It has already gathered almost 140,000 signatures.

Pablo Lanús and Elena Moreno Vivot They are the couple that received “José” (figurative name to preserve his identity) as a transit family, in 2019. The idea was not to adopt the little one -the couple had five children- but to provide him with a home until justice decided his destiny: if he could be left in the care of a relative or be adopted.

According to the law, transit families cannot adopt the children they have in their care but, also according to the law, they cannot remain in a foster home for more than six months, 180 days. This term is usually not met, not only because of the times of justice but because it is a long process to rule out the alternatives when dealing with dysfunctional families and, in general, the tendency is not to declare a child adoptable until rule out all the possibilities of her staying with her blood family.

On the other hand, in this particular case, the pandemic stretched the times in an exceptional way. When José arrived at Pablo’s home and Elena had four months. Now it is about to fulfill 4 years. It was not until the end of 2021 that the courts ruled that the child’s fate was adoption – something very difficult to avoid – and the other children of the marriage treated him like another brother.

All this decided them to start the adoption process. The child’s attachment to the family is such that separating him from them would be cruel and contrary to the interests of the child.

In the midst of this process, the family was struck by a terrible tragedy. One of his sons, Santiago (6 years old), died from a blow to the head from a branch that fell from a tree, while they were spending a family day out in a field in Madariaga. 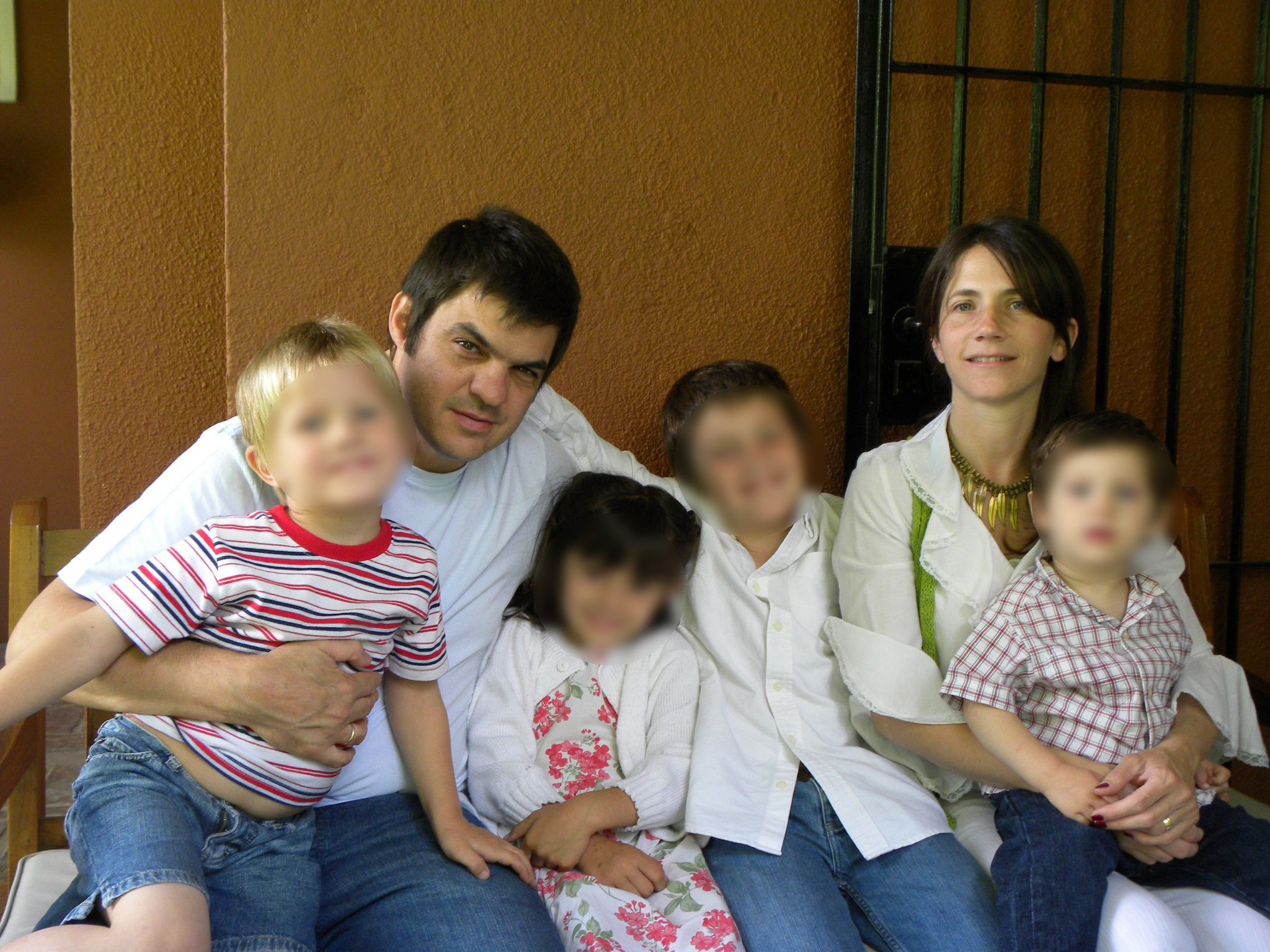 Pablo Lanús and Elena Moreno Vivot with their children

Pablo and Elena are people of faith: they sought to make sense of that tragedy. Perhaps what happened with Santiago has been a way to help spread the word about what is happening with José, because the demand for the adoption of the little one, which began at the end of 2021 and seemed to be moving in the right direction, has been blocked, because in the first instance, the social, psychological and legal reports were favorable to the adoption by the Lanús-Moreno Vivot, in addition to confirming that a separation would be very harmful for the child.

I stop the Minors Adviserwhich represents the interest of minors in these processes, took the case to the Appeals Chamber where another judge decided to strictly adhere to the letter of the Law, without taking into account the particularities of the case, and ordered that José be returned immediately to the home where he had been before he was 4 months old. As the institution replied that it had no vacancies to receive him, at this time, the little boy and his foster family are in a legal limbo, aggravated by the judicial fair.

“We understand the position of Justice, we understand the position of the home (…) and we defend the general rule of law so that the system is not distorted,” he told infobae the environment of the Lanús-Moreno Vivot family. “We only ask that the child be heard and that her interest be prioritized. Not Pablo’s, not Elena’s, or those who are on the waiting list to be parents. we want you to decide the best for Jose and we believe that that is staying in this family.”

The fight of the Lanús-Moreno Vivot so that Justice does not take away the child they raised
Corrientes: they are looking for a family for a ten-year-old girl because “she wants to be happy”

Not all news on the site expresses the point of view of the site, but we transmit this news automatically and translate it through programmatic technology on the site and not from a human editor.
Sara Adm3 weeks ago
229
Facebook Twitter LinkedIn Pinterest WhatsApp

Daniel Ortega declared the Catholic Church the “number one enemy” of his regime, says a bishop

“The Mexican needs to be convinced”: Almada explained how he boosted the level of “La Chofis” López