The White House refuses to provide transparency, or any information, on Hunter Biden’s art that was allegedly sold to anonymous buyers at high prices for his amateur work in 2021.

Despite Hunter’s reported sales to anonymous buyers of at least five works of art for $75,000 each, the White House declined to comment on who these people are and what protocols, if any, are in place to deal with them. ensure buyers are not connected to foreign nations or nationals. seeking to influence the administration. The White House also declined to say whether the administration was involved in vetting buyers of Hunter’s art.

The White House has previously defended Hunter’s ability to sell art to anonymous buyers for up to $500,000. The administration claimed Hunter’s arts program was protected by a “veil of secrecy.”

Hunter held an art show in the fall of 2021, and a second show was reportedly scheduled for the spring of 2022. But no reports of a second art show have surfaced. 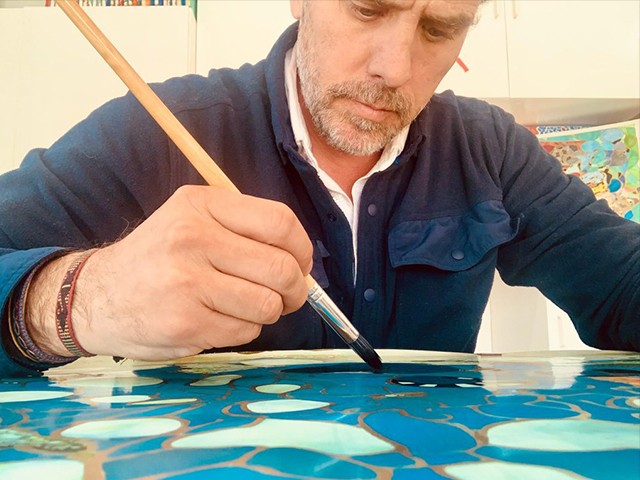 In December 2021, the White House produced a report titled United States Strategy on Countering Corruption, which explored the ways “government officials abuse public power for private gain.” The report specifically focused on the art industry as a “marketplace” where financial crimes occur, but the report did not mention the involvement of the president’s scandal-scarred son in industry.

Art and antiques markets – and the market participants who facilitate transactions – are particularly vulnerable to a range of financial crimes. The built-in opacity, the absence of stable and predictable prices, and the inherent cross-border transportability of the goods sold make the market optimal for illicit value transfer, sanctions evasion, and corruption. 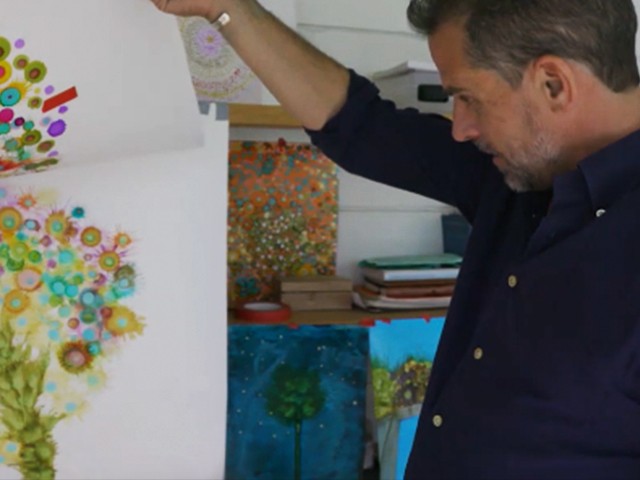 “The only way to address these issues is with greater transparency — not less,” he told Breitbart News. “Their proposed solution is greater secrecy, not transparency. And they’re basically saying, “Trust us.” Joe and Hunter Biden’s track record on these issues gives us no reason to trust them.

According to New York Times, Hunter’s artwork hung in First Lady Jill Biden’s White House office. It’s unclear if the artwork is on display to promote Hunter’s good faith as a novice artist, or if the exhibit is intended to promote his art to those who might encounter Jill Biden in his office.

“Mom and Dad and Melissa, who think everything I do should be on display at the National Gallery”, Hunter said the opinion of the presidential family during an art podcast.

“That’s what it’s all about,” Hunter continued of reaching a wider audience. “It’s having the courage to go out there a bit and do that, and, you know, I could just stay in my studio and paint for myself, and, ahhh, and, and, and I finally do.”

Follow Wendell Husebo on Twitter and Obtain @WendellHusebo. He is the author of Politics of slave morality.

Not all news on the site expresses the point of view of the site, but we transmit this news automatically and translate it through programmatic technology on the site and not from a human editor.
William2022-07-12
168
Facebook Twitter LinkedIn Pinterest WhatsApp

Dani Alves changed version of events that led to ‘nightclub rape’ to cover up CHEATING, says his new lawyer