Green Bay Packers will become the 32nd and final NFL franchise to play in London since the city began hosting games in 2007; The Tampa Bay Buccaneers will host the first-ever NFL regular season game to be held in Germany during the 2022 season, at the Allianz Arena in Munich.

The NFL has announced the Green Bay Packers will play an International Series game for the first time in 2022, becoming the 32nd franchise to play in London.

The NFL on Monday confirmed five of the teams that will feature as the designated “home” team for International Series games in 2022, with the Packers, New Orleans Saints and Jacksonville Jaguars playing in London, and the Tampa Bay Buccaneers featured in the NFL’s first-ever regular season game to be held in Germany, at the Allianz Arena in Munich.

the Arizona Cardinals are involved in the league’s return to Mexico for the first time in three years.

The Jaguars had already confirmed their return to Wembley Stadium for the 2022 season, while the Packers and Saints will play home games at Tottenham Hotspur Stadium. This is Green Bay’s first-ever international trip as a franchise; New Orleans will visit London for the third time, having won at Wembley twice in 2008 and 2017.

The Buccaneers, two-time Super Bowl champions, will play in the NFL’s first regular season game in Germany, following the announcement in February that Munich and Frankfurt will host two games each on an alternating basis over the next four years.

The Cardinals will play the sixth game of the NFL to be held in Mexico City at the Estadio Azteca where they hosted the league’s first-ever regular season game outside the United States in 2005 – where 103,467 fans were in attendance, the eighth largest crowd in NFL history.

Details of dates, matches and kick-off times will be confirmed as part of the full 2022 schedule announcement later this year.

The hosts of the NFL International Series for the 2022 season

The Packers in 2022 are scheduled to have home games against their NFC North Division opponents – the Chicago Bears, Detroit Lions and Minnesota Vikings – as well as the Dallas Cowboys, New York Giants, the defending Super Bowl champion Los Angeles Rams. , New England Patriots, New York Jets and Tennessee Titans. One of these matches will be played at the Tottenham Hotspur Stadium.

Highlights from Super Bowl LVI between the Los Angeles Rams and the Cincinnati Bengals.

Highlights from Super Bowl LVI between the Los Angeles Rams and the Cincinnati Bengals.

Packers President and CEO Mark Murphy said: “The Green Bay Packers are thrilled to be making our international debut in the 2022 season,

“Our fans in the UK and elsewhere in Europe have been eagerly awaiting the opportunity to see the Packers play in their backyard, and we know many of our fans in the US will be visiting London. 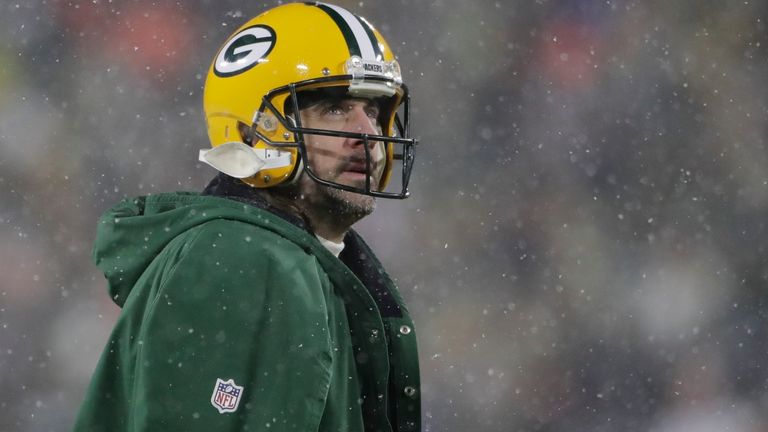 Green Bay Packers quarterback Aaron Rodgers says it will take time to make a decision on his future.

Green Bay Packers quarterback Aaron Rodgers says it will take time to make a decision on his future.

Brett Gosper, NFL manager for Europe and the UK, said: “We have a great lineup of teams coming to the UK and Germany this year.

“To have the Packers become the 32nd team to play in London is extremely exciting for the fans and a great sign of the League’s commitment to international matches.

“The Saints are long-time supporters of the UK, having volunteered to be the home team for the second year of the London games in 2008, and we welcome them.

“We are very pleased to have a recent Super Bowl champion with the Buccaneers playing in Munich and thank them for ensuring this will be a memorable launch to our series of games in Germany.”

Anyone wishing to receive the latest gaming news, including ticketing updates, should sign up at: www.nfl.com/internationalgames.

Not all news on the site expresses the point of view of the site, but we transmit this news automatically and translate it through programmatic technology on the site and not from a human editor.
Eleon2022-02-28
Facebook Twitter LinkedIn Pinterest WhatsApp

Chisox Tim Anderson suspended by MLB for contact with umpire