Holding the UFC heavyweight title doesn’t mean Francis Ngannou can’t tap into his softer side. UFC fighter Miesha Tate has posted a photo of ‘The Predator’ holding her children in her arms.

The two fighters met at the UFC Performance Institute in Las Vegas. At first glance, Miesha Tate took the kids with her to the training center, where all three ran into Ngannou.

The former UFC bantamweight champion took the opportunity to snap a photo with the Cameroonian, which she posted on Twitter.

Francis Ngannou came to Las Vegas to undergo knee surgery followed by a lengthy rehab at the UFC Performance Institute (PI). He underwent the procedure in March, it included ACL reconstruction and MCL repair.

Ngannou’s rehab takes place at the aforementioned UFC PI, which was established to serve as a place for fighters to train, heal, and obtain any kind of health advice from a wide selection of specialists. .

“The Predator” last fought at UFC 270 in January. He successfully defended the UFC world heavyweight title against his former sparring partner Ciryl Gane.

It was the Cameroonian’s sixth consecutive victory. While preparing for ‘Bon Gamin’, Ngannou suffered a knee injury, which he decided to take care of after the fight.

Now, due to his absence, the UFC is considering putting another interim title on the line. According to Dana White, the promotion is looking to book Jon Jones and Stipe Miocic for the same.

Francis Ngannou insists his fight with Tyson Fury will happen

Francis Ngannou is confident his boxing fight against heavyweight megastar Tyson Fury will be achieved. The popular consensus is that “The Predator” will have to face Fury outside of the UFC in the boxing ring.

Ciryl Gane’s fight was the last of Ngannou’s current UFC contract. In addition, the term of the contract expires in December. While appearing on the Patrick Bet-David podcast, ‘The Predator’ addressed his future and said:

“I haven’t made a plan yet. And also, we have a contractual situation to settle. But I want to point out that whether it’s Tyson Fury or whatever, it can still happen under the UFC. When I said I want to box or I want to fight Tyson Fury, that doesn’t exclude the UFC. It can still be under the UFC as long as we have a good contract; respectful term that has been accepted by everyone, I think anything is possible.

Tyson Fury will defend his WBC Heavyweight title against Dillian Whyte on Saturday April 23 at Wembley Stadium in London. ‘The Gypsy King’ is expected to announce his retirement from boxing after the fight.

Watch Ngannou’s appearance on the PBD podcast below: 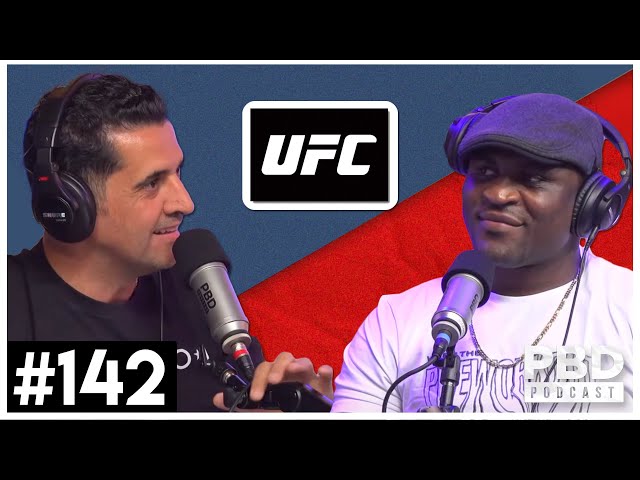 Not all news on the site expresses the point of view of the site, but we transmit this news automatically and translate it through programmatic technology on the site and not from a human editor.
Facebook
Messenger
WhatsApp
Twitter
Google+
Posted by Eleon In Sports Last Modified 4 months ago 4 months ago

Anne Heche’s son pays tribute to him in a moving statement: “I find myself with deep sadness and without words”