Famous historian Victor Davis Hanson explained in a recent video from PragerU the events of December 7, 1941 and what the Japanese thought when they attacked Pearl Harbor without warning. “The Japanese underestimated American strength and overestimated theirs,” Hanson said. “Instead of scaring America, the attack on Pearl Harbor enraged it.”

“It was one of the most successful and failed surprise attacks in military history,” said Hanson. “The bombers sank four battleships of the US 7th Fleet, damaged four others and killed more than 2,300 US sailors and soldiers. “

A small boat rescues sailors from USS ‘West Virginia’ after being hit in the Japanese attack on Pearl Harbor. The USS Tennessee (BB-43) is aboard the sunk battleship. (Photo by Fox Photos / Getty Images)

Hanson went on to explain that while “the attack was brilliant” it “did not achieve its objective” because, “by a twist of fate, the three American aircraft carriers based in Pearl, the ships that the Japanese most wanted to destroy – Enterprise, Lexington and Saratoga – were all at sea on the 7th and safe and sound.

Further, “the Japanese did not finish the job,” Hanson continued, explaining that the Japanese needed “three waves of attack”, rather than two, in order to destroy “a full six months’ worth of stored naval and aviation fuel, shipyards, and maintenance shops, and really put Americans in shock.

Take a look below:

Hanson said Japan attacked Pearl Harbor because it believed “it must neutralize America” ​​in order “to dominate and control all of Asia, its people and its resources.”

“Looking back on history it sounds suicidal, but at the time it almost made sense,” he said, adding that “in 1940 the United States was, militarily speaking, in a lamentable state “.

“The ships in its Pacific fleet were few in number and many were obsolete,” said Hanson. “The Japanese fleet, on the other hand, was newer, bigger and stronger. Second, America had no appetite for conflict abroad. 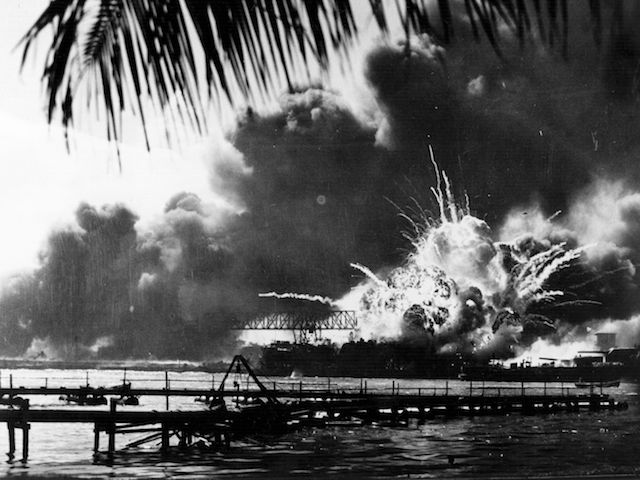 “Like the rest of the world, the Japanese saw most of Europe fall into the hands of the Nazis while America did little to stop it,” he added. “If the United States was not going to fight in Europe, where it had many alliances, why would it fight in Asia where it had few?

“The Japanese thought America would ask for peace,” Hanson said of Japan’s thought process when he attacked Pearl Harbor.

Hanson explained what followed the attack on Pearl Harbor:

In less than six months, General Jimmy Doolittle carried out a surprise bombing raid on Tokyo, an incredible feat that no one at the time, including the Japanese, considered possible.

In August 1942, just nine months after Pearl Harbor, American forces went on the offensive, landing marines on Guadalcanal Island. Meanwhile, at home, the nation was preparing for the greatest industrial renaissance in the history of civilization.

In just over three years, the United States would build more warships and support ships than all the navies in the world combined.

“Looking back on history, it seems that Allied victory was inevitable,” Hanson said. “But the victory came at a terrible price. Over 110,000 US servicemen have died and over 250,000 have been wounded winning the war in the Pacific, and another 21,000 have spent time in horrific Japanese POW camps.

“Preparing for war is expensive, but not as much in blood and treasure as fighting a war,” the famous historian concluded. “This is one of the many lessons to be learned from what happened on the fateful day of December 7, 1941.”

Democrats abuse January 6 committee to create their own Wikileaks

Navy veteran had a stroke in Costa Rica, and now he’s stranded as his family tries to pay five-figure medical bills – CBS Chicago