Jan Agha Achakzai, director of an institute overseeing driving schools in Herat, Afghanistan, told Agence France-Presse (AFP) in a report on Tuesday that the Taliban recently ordered his subordinates to stop issuing driving licenses for women.

“We have received verbal instructions to stop issuing licenses to female drivers…but not to prevent women from driving in the city,” Achakzai, who heads the Institute of Traffic Management, told AFP. ‘Herat, in an interview published on May 3.

“We were told not to offer driving lessons and not to issue licenses [to women]Adila Adeel, a 29-year-old woman who owns a driving school in Herat, told AFP.

A Herat provincial official named Naim al-Haq Haqqani, who heads Herat’s information and culture department, told AFP on May 3 that his department had not received “any official order” regarding the issuance of driving licenses to women.

AFP suggested that Haqqani may have avoided confirming the driving ban through his carefully worded message, as “the Taliban have largely refrained from issuing written national decrees, instead allowing local authorities to issue their own decrees, sometimes verbally”.

The Taliban terrorist organization, based on a fundamentalist interpretation of Sunni Islam, seized control of the seat of Afghan government in Kabul on August 15, 2021, after toppling the city’s formerly US-backed government. The development marked the second time the Taliban overtook Afghanistan’s federal government as the group once ruled the country from 1996 to 2001.

The Taliban vowed on August 17, 2021 to reimpose Sharia, or Islamic law, on the Afghan population. The Taliban’s previous rule over Afghanistan saw the organization strictly enforce Shariaincluding rules prohibiting women and girls from leaving their homes without a veil or chaperone.

The code of Islamic law further prohibits girls from studying beyond primary school. The Taliban reimposed this policy on March 23 by banning girls from attending secondary schools across the country.

The action marked a sharp reversal of a previous announcement days earlier suggesting the Taliban would allow school-aged girls to attend classes. 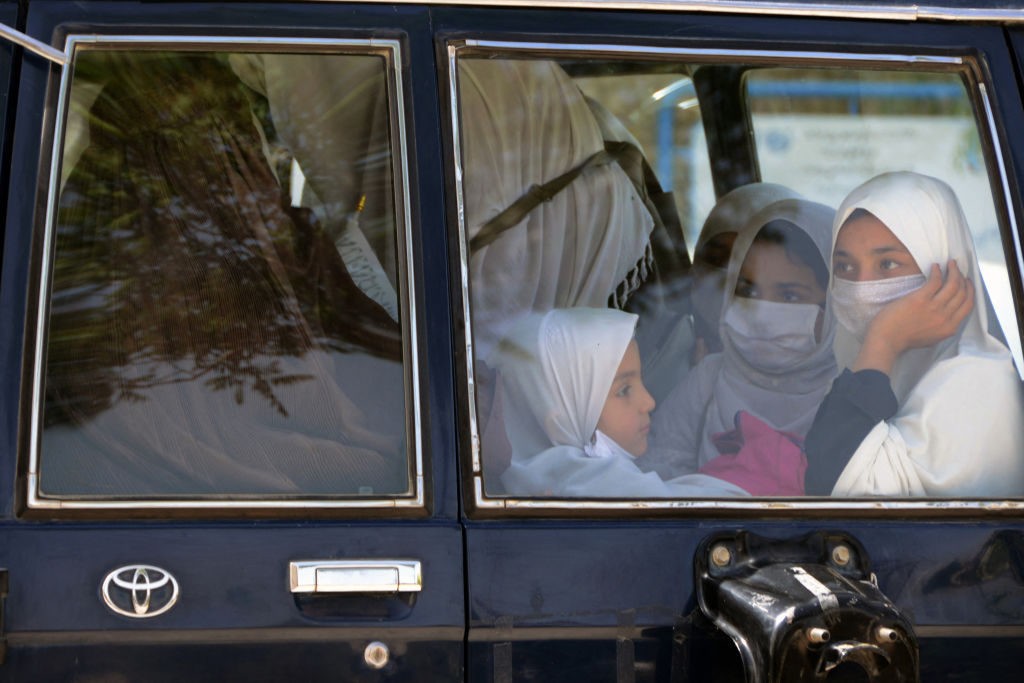 Schoolgirls travel in Kandahar on March 24, 2022. The Taliban ordered secondary schools for girls in Afghanistan to close on March 23 just hours after they reopened, an official confirmed, sparking confusion and grief over the policy reversal by the radical Islamist group. (JAVED TANVEER/AFP via Getty)

“[G]Girls’ schools in Afghanistan have problems with Sharia, the curriculum is in opposition to Sharia and jurisprudence, and… the way Afghan girls would go to school was in opposition to Sharia and Afghan culture/tradition [sic]Taliban leader Moulayee Rahmatullah Najib told reporters at a news conference April 19 when asked why the Taliban had made the last-minute decision a month earlier to ban Afghan girls from go to high school.

The Taliban’s march notice not only banned all girls in grade six or above from attending school, but also revealed that the group had chosen to close all secondary schools for girls in Afghanistan indefinitely.

Op-Ed: Miss a ticket deadline, add $300. Guess who it affects the most