Welcome to the second in a new monthly series of articles on the coal face of rugby. These are the stories of people who live and breathe rugby, almost exclusively volunteers, all with a passion for the game and a story or two to tell. These are the writer’s own stories, told in his own words. My role is strictly to collect and edit, to help bring them to life.

This month’s article features a woman who has made a name for herself in Perth for her determined advocacy during the difficult period around the removal of the Western Force from Super Rugby.

While her love for all things WA rugby has not diminished, she has also developed another rugby connection much further east.

Part 2: Alison Foskett; Simply for the love of the game

Not so long ago I was at a rugby party and had a polite conversation with the woman standing next to me when she asked, “So is it your husband who plays rugby or is it one of your children? When I answered ‘Neither’, the woman looked at me very puzzled and said, ‘So what’s your connection to rugby, then?’

It was a look similar to the one I got when I was standing in a pub watching the Super Rugby final a few years ago when a guy asked me which side I supported and I replied: “Neither – I’m just here because I love rugby. and I know this match is going to be an absolute cracker.

Am I so rare? A tragic hard-line rugby woman who loves the game, ‘just because’?

These days, probably not. But back in the early 1980s, when I was first enthralled with the “game they play in heaven”, it was probably a bit unusual.

I had never been an active player or sports enthusiast; growing up in England and having to play hockey and netball at school with some pretty vicious competitors, and having to do long cross-country runs in the freezing cold of winter, kind of put me off.

But I remained an avid sports watcher from my early teens through adulthood. My first loves were football (I was fascinated by the Liverpool team in the late 1970s and can probably still name the names of the players who beat Manchester United in that 1977 FA Cup final) and tennis (no one will ever knock Bjorn Borg off first place in my eyes).

But after discovering rugby union, everything else fell apart. And now, nearly four decades later, it’s still the one sport that has me completely spellbound!

So what was it about rugby that got me hook, line and sinker? I’ve thought about it a lot over the years and I think it boils down to one word: camaraderie.

It’s the camaraderie you see among the players, who can spend 80 minutes knocking seven bells against each other, then sharing a few beers and laughing together in the club rooms or the local pub afterwards.

It’s the camaraderie between us fans, who can spend 80 minutes shouting and shouting our support for opposing teams, then go share some sorbets and a late-night kebab or curry together afterwards.

And if you’re as lucky as I have been over the years, it’s the camaraderie you get from the many groups of international friends you gather by following your teams.

Social media in particular has played a key role in bringing groups of like-minded fans together in a way that was not possible before the advent of the internet. Thanks to Twitter, I have so many people in my address book that I would never have met without rugby and this connection via social networks.

And, as I’m sure any true rugby fan would say, my life is so much richer having these people in there!

Another thing that rugby has given me, and for which I will be eternally grateful, is the opportunity to travel. Widely.

From traveling to watch club games and England matches in the 1980s and 1990s, when I regularly sat in the stands at hallowed grounds such as Gloucester, Bath, Twickenham and Cardiff Arms Park, I found myself hoarse by all the acclaim (not to mention feeling a little worse after one too many pints of amber nectar), traveling Australia following my beloved Western Force through the early years of the club, then the Wallabies.

Traveling to Singapore for Sevens One Year and meeting friends from the UK that I had met on the British and Irish Lions tour to Australia in 2013; to Hong Kong to experience what fun Global Rapid Rugby was (I’m still devastated that COVID arrived to ruin this particular party).

The list is long, and the memories are many, and I have rugby to thank for it all!

But looking back on the past 40 or so years of being a rugby fanatic, there is one experience that really stands out above all others, that embodies what the game means to me.

That’s the pure joy I get from my involvement with a junior rugby club in Fiji.

In 2018, I had been invited to attend a “women in rugby” conference organized by Oceania Rugby in Nadi. The conference took place over a few days and given the distance between Fiji and WA, I decided to stay a bit longer afterwards to take a bit of a vacation. 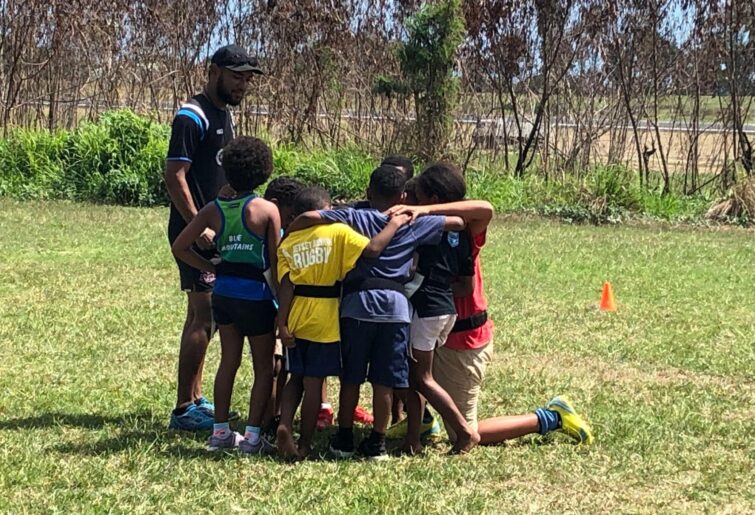 A friend of mine told me if I had room in my suitcase I should grab a rugby kit and hand it out to the rugby-mad kids on the island. I thought that was a wonderful idea, so I called different clubs to ask if they had a spare kit I could take with me.

Rugby WA was absolutely amazing and emptied their closet of all sorts of items including jerseys, shorts, t-shirts, caps and a box of rugby balls.

The huge smiles on the kids’ faces as I emptied my various bags of rugby goodies made my heart melt, and their sheer delight in donning the shirts and caps is an image that will stay with me forever.

Just like the sound of them coming together in a loud chorus of “Thank you, Miss Alison” at the end of their workout!

I was due to return to Fiji in 2020 with another huge kit haul and several pairs of new rugby boots, all very generously by the WA rugby community, but COVID put a stop to that, so I ended up going there. ‘dispatch. Instead.

When he finally arrived at the Nadi club, the mums told me it was like Christmas as they opened each of the boxes and saw what was inside.

Thanks to Western Force, Rockingham Rugby Club and a host of other fabulous Perth rugby players, they now have enough matching uniforms to fully kit out their U18, U16 and girls teams.

Just recently, the RUF organized a junior rugby festival in Votua Ba for the sole purpose of having fun. Prizes were awarded to teams that displayed the rugby values ​​of discipline, respect, integrity, passion and solidarity.

Our teams – all decked out in their new uniforms – won the Discipline and Passion awards and I don’t think I could be more proud of them if I tried.

As I put the finishing touches on my planning for (fingers crossed) my next big rugby trip – to La Belle France for next year’s Rugby World Cup – I find myself once again saying thank you to the rugby gods for catching my eye all those years ago, and urging me to chase the egg…just because! 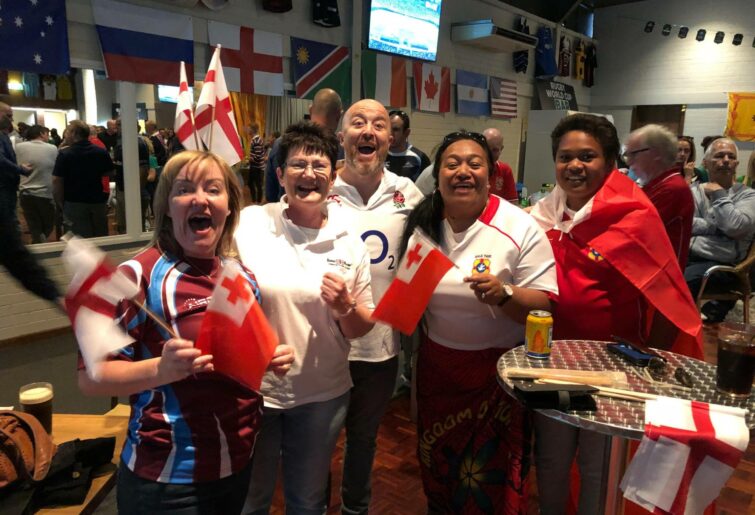 Not all news on the site expresses the point of view of the site, but we transmit this news automatically and translate it through programmatic technology on the site and not from a human editor.
WilliamApril 29, 2022
Facebook Twitter LinkedIn Pinterest WhatsApp

Pierre Gasly forced to push the car back into the pit lane! | Video | Watch the TV show

N’Golo Kante ‘unwilling’ to accept a new two-year contract with Chelsea in search of a longer contract, as two Premier League and three European teams eye the midfielder

I went through a lot of things that I don’t want my son to face, reveals Sarfaraz Ahmed