Two weeks after Ingo Rademacher quit the long-running ABC soap opera for the same reason, Burton announced on Instagram Tuesday that he had been fired from “General Hospital” for failing to comply with the demands of COVID-19 vaccination of production. A person familiar with the situation but not authorized to speak publicly about Burton’s departure confirmed the news to USA TODAY, adding that his last episode was filmed on October 27.

“I wanted you to hear it personally from me,” said Burton, who has played Jason Morgan since 1991. “Unfortunately ‘General Hospital’ let me go because of the vaccination warrant. I asked for my exemptions. medical and religious, and both were refused. Which, you know, hurts. But it’s also a matter of personal freedom for me. “

The 51-year-old continued, “I don’t think anyone should lose their livelihood because of this.”

Burton portrayed Jason Morgan in “General Hospital” from 1991 to 2012 and from 2017 to present. Burton returned as Morgan after a five-year stint on CBS’s “The Young and the Restless” from 2013 to 2017. In 2007, he played Morgan in the “General Hospital” spin-off “Night Shift,” which lasted two seasons.

He won a Daytime Emmy for Outstanding Supporting Actor in a Drama Series for Morgan in 1998.

“I will always be grateful for my time on ‘General Hospital.’ I love it there, I grew up there,” Burton said in his video, adding that he hopes to reprise his role. “Maybe one day if these terms are lifted, I can come back and finish my career as Jason Morgan. It would be an honor.”

“I don’t know what my last air date is, maybe it aired or it could be tomorrow or the next day, I’m not sure,” Burton added in his video.

Earlier this month, Rademacher stepped down from his lead role as Jasper “Jax” Jacks because he refused to comply with the production’s vaccination mandate. Its last episode aired on Monday.

“Getting the vaccine should be a choice and should not be forced on anyone,” Rademacher said on Instagram after news of his departure was announced. “I will fight for medical freedom and the right to choose.”

For a few months now, the cast of “General Hospital” has spoken openly about COVID-19 and vaccine mandates. In August, Nancy Lee Grahn, who has played Alexis Davis since 1996, publicly called on the Screen Actors Guild union to address COVID-19 safety protocols on set.

“I work on a set with unmasked and unvaccinated actors, because my union so far @sagaftra has allowed this. Full stop,” Grahn tweeted August 12.

A day later, Burton announced that he had tested positive for COVID-19. “I was exposed at work,” he said in a video to his fans on Aug. 13. “I feel good, I have no symptoms.”

According to Variety, ABC’s “General Hospital” is the only soap opera to have instituted a mandate to vaccinate the four remaining daytime dramas that air on major networks. NBC’s “Days of Our Lives” and CBS’s “The Young and the Restless” and “The Bold and the Beautiful” are based on testing and other guidelines recommended by the CDC, the outlet said. 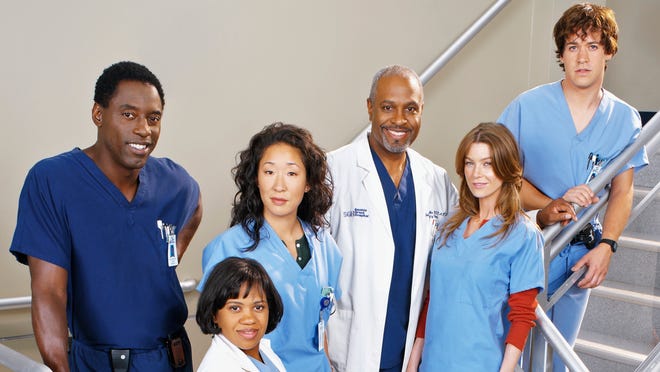 Not all news on the site expresses the point of view of the site, but we transmit this news automatically and translate it through programmatic technology on the site and not from a human editor.
Facebook
Messenger
WhatsApp
Twitter
Google+
Posted by remon In USA News Last Modified 4 days ago 4 days ago

Maldives bans travelers from 7 African nations due to Omicron variant

When Harry met Santa Claus: the message behind the Norwegian post notice that went viral around the world

The Center emphasizes rigorous surveillance of travelers from “at risk” countries

Ed Orgeron: “I will not coach bowling”

What can Joe Biden do to bring inflation under control?