Sri Lanka has been rocked by economic protests that forced its president to flee and wreaked havoc on the South Asian country.

Here’s a brief guide to what’s going on.

Why are people protesting? The economic crisis that has gripped Sri Lanka has lasted for years, analysts say, with a series of government decisions compounding external shocks.

Over the past decade, the Sri Lankan government has borrowed huge sums of money from foreign lenders to fund public services. This borrowing spree has coincided with a series of hammer blows to the Sri Lankan economy, ranging from natural disasters – such as heavy monsoons – to man-made disasters, including a government ban on chemical fertilizers that decimated farmers’ crops.

Facing a massive deficit, Rajapaksa cut taxes in a doomed attempt to stimulate the economy. But this decision backfired, affecting public revenue instead.

What has happened these last few days? Protests have intensified in Sri Lanka since March, when public anger erupted in the streets over rising food prices, fuel shortages and power cuts as the country struggled to repay its debt .

The Sri Lankan armed forces took Rajapaksa to a navy vessel minutes before protesters stormed his residence, a senior military source told CNN on Sunday. Then on Wednesday he fled the country with his wife and landed in the Maldives.

Who is in charge now? Rajapaksa was to officially step down on Wednesday, officials said, following an emergency meeting called by Speaker of Parliament Mahinda Yapa Abeywardena. Wickremesinghe posted on Twitter that he was stepping down “to ensure the continuation of government, including the safety of all citizens.”

But he fled the country before officially resigning. He then appointed Prime Minister Ranil Wickremesinghe to assume the role of President.

What happens afterwards? The protesters want the entire government to resign, and there are no signs of the unrest ending unless that happens.

“We want to warn President Gotabaya Rajapaksa, the Prime Minister and all this government that the 13th is the last day for you to be in power,” protest organizer Fr. Jeevantha Peiris said on Tuesday.

“Hundreds of protesters are already approaching Colombo as we speak. If by tomorrow such a change does not materialize, the struggle of the peoples that led to this revolution will be proven again, exemplified by protests, rigorous action and people power. 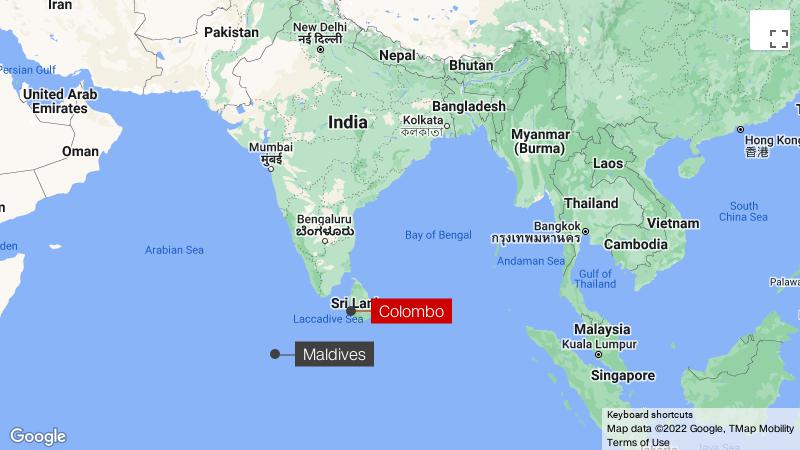 Not all news on the site expresses the point of view of the site, but we transmit this news automatically and translate it through programmatic technology on the site and not from a human editor.
Sara Adm2022-07-13
161
Facebook Twitter LinkedIn Pinterest WhatsApp

The popularity of Christian nationalism should be a wake-up call