Celtic manager Ange Postecoglou wants lessons to be learned from the offensive comments he heard during an after-dinner speech at the SFWA awards.

Former criminal barrister Bill Copeland was dropped as an after-dinner speaker after making a series of sexist, racist and homophobic jokes at the Scottish Football Writers’ Awards in Glasgow on Sunday night.

Postecoglou received the Manager of the Year award at the event before listening to the speech which also included remarks about Celtic’s Japanese footballers.

The Aussie hopes lessons can be learned from the fallout as he sees it as a “teaching moment” for everyone.

“It’s fair to say the content probably wasn’t appropriate, to be honest I don’t think it’s appropriate for anything,” he said.

“We are constantly looking for those times when we can all be better in terms of what we do and how we approach things.

“We have to understand that there are people in this room who have different values, different points of view, even if there is an opportunity to learn.

“The organizers showed up and apologized and I don’t think they did so with any harmful intent.

“If they just focus on the controversy, or put it aside, I think there’s a failure to be better next time.

“I’m in this space where I think we shouldn’t really have those kinds of moments, I think people should already know that.”

Kick It Out and Women In Football released a joint statement condemning the remarks, saying the SFWA awards night “should not be used as a platform to share derogatory and discriminatory comments and cause these groups and communities feel excluded and insulted”.

A statement released by the SFWA on Monday said: “The Scottish Football Writers’ Association apologizes to anyone offended or upset by the material of any of our speakers after dinner at yesterday’s annual awards dinner. evening.

“We unanimously agreed that this will serve as a catalyst to review and improve the format of our future events to make it an enjoyable and inspiring event for all.”

Sky Sports’ Eilidh Barbour was among those who left the room during Copeland’s speech and tweeted:

“Never have I felt more unwelcome in the industry I work in than attending the Scottish Football Writers Awards. A huge reminder that there is still a long way to go to make our game equal.” 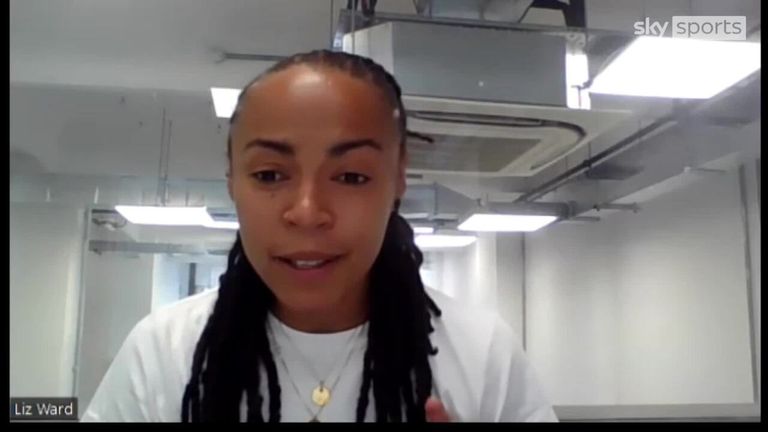 “It’s a real shame that these views are still prevalent in our society, especially in a place that should be about the incredible work being done in Scottish football.

“Unfortunately, I think homophobic comments can often go hand in hand with racist and sexist comments.

“Our lives are not a joke. Jokes are not jokes, they provide a base of hate and fear that leads to much more serious things.

“It’s really a shame that this happened.”

Bill Copeland has been delisted by talent agency XSP Entertainments and his profile page has been removed from their website.