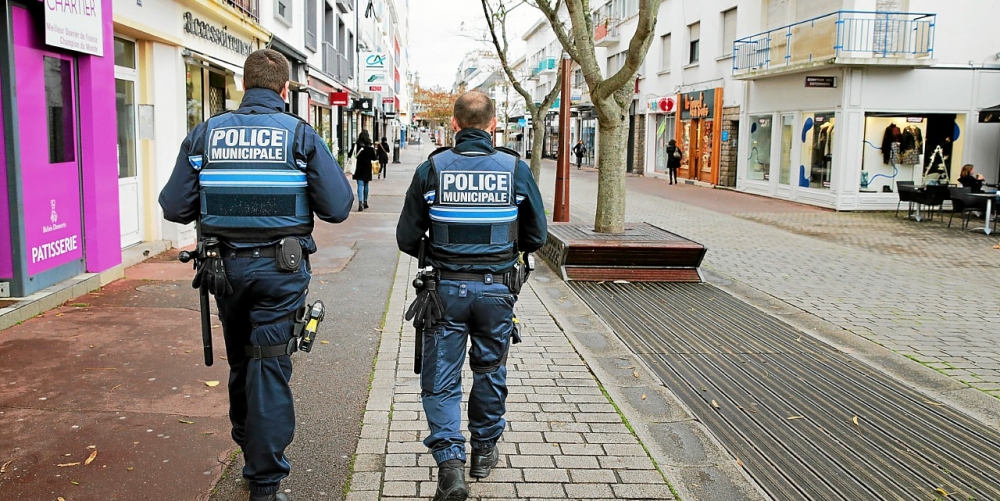 It is now an exception. Brest becomes, this week, the only large city in France not to have a local police. She has just been let go by Paris, which has been resisting with her in recent years. But the mayor of the capital, Anne Hidalgo, ended up doing it. From this Tuesday, 154 agents will survey the streets of Paris. The goal is to increase the workforce to 3,400 by 2026.

The end of a particularism dating back to 1800 for Paris. Because, in the French landscape, few large cities do not have a local police today. With the exception of Brest, all municipalities with more than 100,000 inhabitants have one. Caen, Le Havre, Annecy, Le Mans, Angers… Even cities with more than 50,000 inhabitants have joined in: 95% were endowed, in 2020, such a public security team.

For a territory, having its own policy allows compensate for the decrease in the number of national police (even if the missions are not necessarily the same, especially in the case of an unarmed municipal police). This also makes it possible to respond to the increasingly secure demands of citizens.

So much so that today, there is a real race between the territories in relation to who will be the best endowed. In this competition, those from the South are in the lead. In Nice, Christian Estrosi (LR) boasts of having one agent for 700 inhabitants. His counterpart from Perpignan, Louis Aliot (RN), counts one municipal police officer for 800 people.

Even Finistère, which was qualified, a year ago, by a report, as one of the last departments where “the development of municipal police forces remains relatively contained”, is in the process of changing. End of August, Quimper welcomed its first four agents, and five more are expected to arrive in January. In the metropolis of Brest, Gouesnou, Plougastel-Daoulas, Plouzane, Guilers and Guipavas have acquired them in recent years.

Brest does not want to position itself

In this context, will Brest be able to retain its uniqueness for a long time to come? The mayor, François Cuillandre, does not wish to speak while negotiations are being held with the prefecture on security in general.

THE’sexual assault of a teenage girl, at the bottom of the rue Jean-Jaurès, in broad daylight, near the town hall, on September 22, and the fed up displayed by traders Faced with the proliferation of thefts and other incivilities, the authorities have pushed to meet and take the first decisions. They must meet again this Wednesday. Police patrols are already more numerous in this sector of the city.

Discussions seem tight, with a view to reaching, perhaps before the end of November, an integrated security contract, such as, among others, Rennes (and Saint-Jacques-de-la-Lande) and Nantes. These socialist cities (like Brest and Paris) have planned to increase the number of their municipal police officers, or even cameras, in a give-and-take contract with the State, which accordingly increases the number of national police officers.

Maël de Calan indicated that the departmental council of Finistère, which he chairs, is ready to finance half of this type of community initiative. The national context (the Parisian turnaround, the Brest exception, the approach of the presidential and legislative elections) could well also weigh on the negotiations. It remains to be seen how far Brest is ready to go.

Not all news on the site expresses the point of view of the site, but we transmit this news automatically and translate it through programmatic technology on the site and not from a human editor.
Facebook
Messenger
WhatsApp
Twitter
Google+
Posted by goodwordnews In France Last Modified 2 months ago 2 months ago

Futures on Eurostoxx stagnate at start of European trading