Johnson succeeded Steve Stricker as Ryder Cup captain for the 2023 contest in Italy; The 46-year-old was vice-captain in Team USA’s record win at Whistling Straits last September; The captain of the European team has not yet been announced

A look at the best of the action from the final day of the 43rd Ryder Cup at Whistling Straits, Wisconsin


A look at the best of the action from the final day of the 43rd Ryder Cup at Whistling Straits, Wisconsin

Zach Johnson has proven to be a popular selection as Team USA’s next Ryder Cup captain, with Brooks Koepka and Justin Thomas among the players to back his nomination.

The 46-year-old has been given the task of trying to retain the trophy at Marco Simone Golf Club next September, live on Sky Sportsthe United States seeking their first victory on European soil since 1993.

Team USA cruised to a 19-9 victory at Whistling Straits last year, with all 12 players on their team ranked in the top 21 in the world at the time, with several from that team backing Johnson to impress in his new role.

“What he does behind closed doors is what I think makes the big difference, and I think any guy who’s played in a team he’s been an assistant with or played with him would definitely agree. with that and would be happy to see him do it,” Koepka said.

“I think he’s more of an energizer, like a team energizer. He’s never really been in my pods, so all the details and some things I maybe don’t see that the other guys will see , but he’s really fun to be I think anyone who’s played on a team he’s been on or been an assistant with him I think knows that’s deserved. 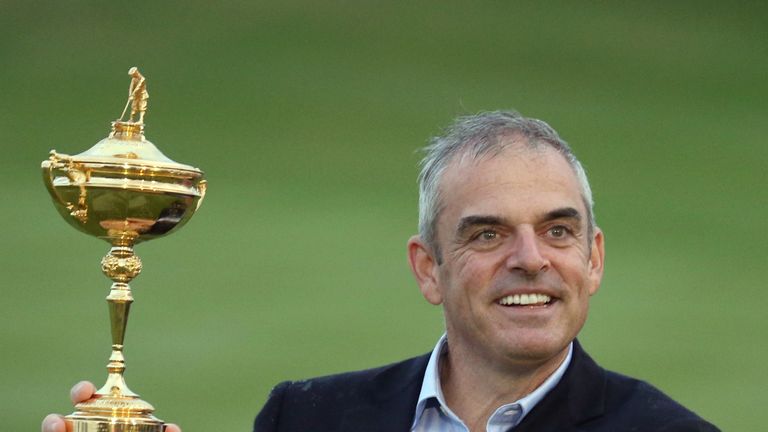 What will Johnson bring to the role?

Justin Thomas was part of the six-man Ryder Cup committee that selected the next captain, alongside Jordan Spieth, the former world No. 1 relishing the prospect of playing under Johnson in Italy.

“I’m very excited,” Thomas said. Sky Sports News. “I love Zach, his wife Kim and everything they’re going to bring to the table. Not just as Ryder Cup captain, but for the Ryder Cup going forward, so we’re all super motivated and j hope to play for him.”

Stricker had served as vice-captain three times before taking on the lead role at Wisconsin last September, with Daniel Berger believing Johnson will offer a similar style of captaincy to his predecessor.

“I think that he [Johnson] is such a good mix of new school/old school type,” Berger said during the Honda Classic. “He’s been on so many great teams and he’s played on the Tour for so long and he’s so respected among us here that when he says something, you listen.

Miracle in Medina – The Story of the 2012 Ryder Cup

“Having spent time with him at the Ryder Cup this year, I know he’ll make a great captain. He’s very cool. He reminds me a bit of Captain Stricker. He’s very low key, let the guys do what they want. need to do to prepare, and he has a lot of Ryder Cup experience in the past.”

Tony Finau, who has competed in the last two Ryder Cups for Team USA, said earlier this month: “He [Johnson] is a cool mix of an older generational gamer and someone with a new generational view of the game. He’s lived in both worlds. He has a great perspective on the game and the team atmosphere.”

Who will be the captain of Team Europe?

Europe are also expected to announce their next Ryder Cup captain in the coming weeks, with many possible names to succeed Padraig Harrington.

Former world number 1 Lee Westwood was initially the favorite to succeed Harrington, having made 11 Ryder Cup appearances as a player and also having been vice-captain to Thomas Bjorn in the 2018 victory, although the Englishman has since declared himself ineligible for the role.

Luke Donald has emerged as a strong contender for the job, with the former world No. 1 having played on four Ryder Cup winning teams and serving as vice-captain in the last two events. 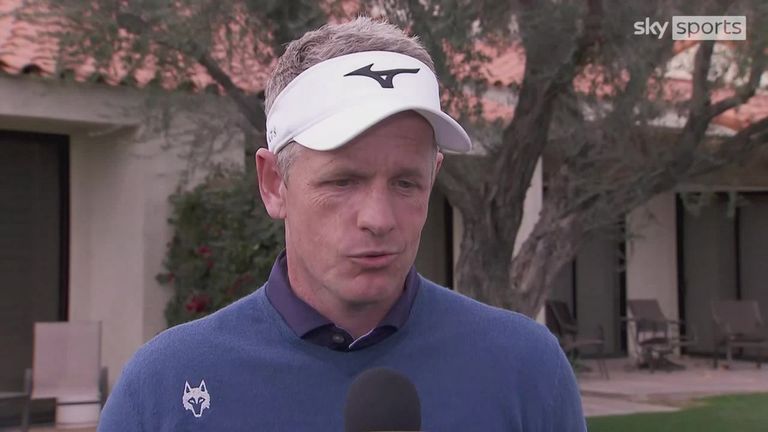 Luke Donald has said he would be interested in the Ryder Cup captaincy should the opportunity arise and says he is “humbled” by Padraig Harrington’s endorsement of him.

Luke Donald has said he would be interested in the Ryder Cup captaincy should the opportunity arise and says he is “humbled” by Padraig Harrington’s endorsement of him.

Henrik Stenson made five Ryder Cup appearances as a player, including in Europe’s victory at Le Golf National in 2018, before working as one of Harrington’s assistants in Wisconsin last year.

Swedish Companion Robert Karlson is another possibility for the role, having played in two Ryder Cups and also receiving high praise from the two captains he worked with during his two spells as vice-captain.

Graeme McDowell has ruled himself out of the captaincy race, while Ian Poulter, Martin Kaymer and Paul Lawrie have all been vice-captains before.

Not all news on the site expresses the point of view of the site, but we transmit this news automatically and translate it through programmatic technology on the site and not from a human editor.
Eleon2022-02-28
191
Facebook Twitter LinkedIn Pinterest WhatsApp

The best meatball in South Jersey is in Stone Harbor, NJ

Giants coach continues to be a hot HC candidate