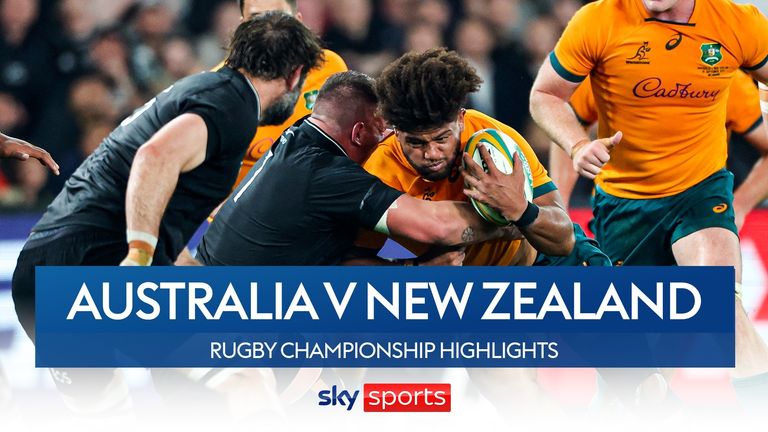 After one of the tightest and most competitive rugby championships in recent years, the title will be decided on Saturday, with New Zealand and South Africa hoping to lift the trophy.

The All Blacks and Springboks are tied on 14 points, Australia on 10 points and Argentina one point behind the Wallabies.

With Australia’s points difference at -26 they are unlikely to have a chance of lifting the trophy even with a bonus points win over the All Blacks, but the Wallabies and Pumas will have their say. say about the eventual winner. 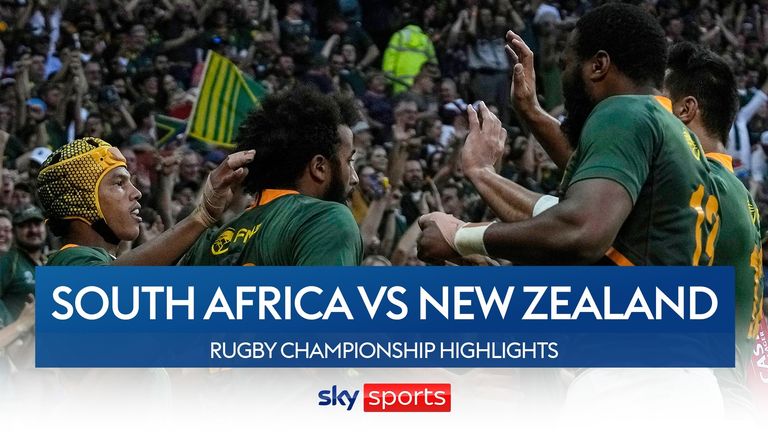 The All Blacks seek to retain their title

Defending champions New Zealand, who host Australia at Eden Park after the All Blacks won last week’s game in Melbourne in controversial circumstances, retain the Bledisloe Cup for the 20th consecutive year on Saturday.

The All Blacks appear to have had the toughest task last weekend – they needed a last-minute contested try to beat the Wallabies 39-37, having conceded a 31-12 lead midway through the second half .

New Zealand have been unbeaten at Eden Park for almost three decades and have not lost to Australia in Auckland since 1986.

But this year held many surprises.

Australia will be in shock after last week’s defeat as they thought they had won it before French referee Mathieu Raynal felt Bernard Foley was taking too long to kick the ball, he has been warned then called it off for wasting time, awarding the All Blacks a scrum from where they scored the winning try.

Australia have sought clarification on Raynal’s decision from World Rugby and head coach Dave Rennie says the world body backed his view that it was incorrect.

“We decided to take this on the chin, and we’re going to move on,” Rennie said. “We looked for some clarity and we got it. It won’t help us win this weekend.”

The Wallabies are still likely to use the end of the Melbourne game as motivation to win in Auckland.

“You watch the game and all the boys and everyone in the environment are disappointed and we just have to exploit that and take it to New Zealand,” said vice-captain Allan Alaalatoa. “We have to be clinical with the way we play.”

New Zealand also came out of the Melbourne game unhappy with the actions of Wallabies lock Darcy Swain which led to a serious knee injury to center Quinn Tupaea.

The All Blacks have since accepted the six-match ban imposed on Swain.

Saturday’s game is expected to be lively, but All Blacks head coach Ian Foster, more diplomatically, said the rivalry between the teams was “alive and alive”.

“All or nothing” for the Boks

South Africa will know what they need to do in Durban to win the rugby championship.

Their match will start around six hours after New Zealand arrives, but it will likely take more than just a regulation win over Argentina.

If New Zealand win with a bonus point, the Boks would likely need an emphatic victory over the Pumas to be crowned champions at Kings Park.

However, should the Wallabies surprise in Auckland, Argentina would be in a position to claim their maiden title, although they would have to rack up points against South Africa, which would seem like a daunting task.

“It’s all or nothing for us this week, and we have a team with several players who have won the Rugby World Cup and the British and Irish Lions series,” said Springboks coach Jacques Nienaber.

“So they know it will take nothing less than an 80-minute quality effort to win this game and the competition.”

The Pumas have been the surprise this year, recording a dominating victory at home to Australia and stunning the All Blacks in New Zealand.

Consistency has been an issue, losing a second game to New Zealand 53-3 and losing to South Africa last weekend at home.

But a victory in Durban would give Argentina a win over the three Southern Hemisphere powers for the first time in the same tournament, and it’s also a chance to beat the World Cup holders.

Argentina coach Michael Cheika, a former Australia manager, said he would obviously support the Wallabies on TV in South Africa in the morning, but believes his side have “a chance to take” against Africa from South.

“I don’t want to dream bigger here, I just want to say there is an opportunity for us in Durban against the world champions, a chance to be taken,” Cheika said. “You have to go there and try to take it.”

Cheika evoked the spirit of 2015, when Argentina beat South Africa in Durban for their first win over the Springboks, recalling winger Juan Imhoff for Saturday in one of two starter changes.

Imhoff scored a try hat-trick in that memorable Pumas performance seven years ago.

South Africa are down to their fourth-choice flyhalf after losing Handre Pollard and replacement Damian Willemse to injury. Elton Jantjies, normally Pollard’s number two, was sacked from the team after allegations he was involved in an extramarital affair with the team’s dietitian – which Jantjies and the dietitian denied – but the Springboks didn’t need the distraction.

That left 35-year-old veteran Frans Steyn to start for the Springboks in the tournament final and Faf de Klerk to cover both scrum-half and fly-half as one of two full-backs on the bench.

Not all news on the site expresses the point of view of the site, but we transmit this news automatically and translate it through programmatic technology on the site and not from a human editor.
Eleon2022-09-23
Facebook Twitter LinkedIn Pinterest WhatsApp