Rescued child who had been kidnapped for four days in Cesar. Photo: President Gustavo Petro

On the morning of this Friday, the National Army announced that the minor Eric Matias Gomez Manosalva, who had been kidnapped in Cesar was set free.

The authorities reported that the 19-month-old baby was located two hours from the urban area of ​​Aguachica, near Curumaní. Gaula members transferred the minor to Valledupar to restore his rights.

For his part, the President Gustavo Petropronounced in this regard: “Rescued the child Erick Mathias Manosalva who had been kidnapped for two days in Pelaya, Cesar”, he stated on his official Twitter account.

On November 29, Eric Gómez had been kidnapped from a farm in the village of San Juan, in the Los Besotes corregimiento, jurisdiction of the La Gloria municipality, in the south of the department. The child was abducted by unknown subjects.

According to the file, the child was forcibly taken away by armed men who entered your home.

“He was with his mother, a 19-year-old girl. Several subjects leave, according to the versions, who take him to an unknown destination”, stated Colonel Luis León Rodríguez, Commander of the Cesar Police.

The authorities would have offered a reward for this heinous act: “Thirty million pesos as a reward for information in order to serve as a fundamental basis to return this child to his family.”added Eduardo Esquivel, Secretary of Government of Cesar.

For her part, the child’s mother, the police commented that she was tied up by the child’s kidnappers; and the minor’s father was working, who is dedicated to field work.

“That his life be respected, his right to freedom, his right to play (…) We are handling it as a kidnapping. The Gaula carries out operations in the entire township of San Pablo and surrounding areas where the child was kidnapped. We trust that he will soon return to his family.”sentenced Jorge Eliecer Rangel, representative of La Gloria. 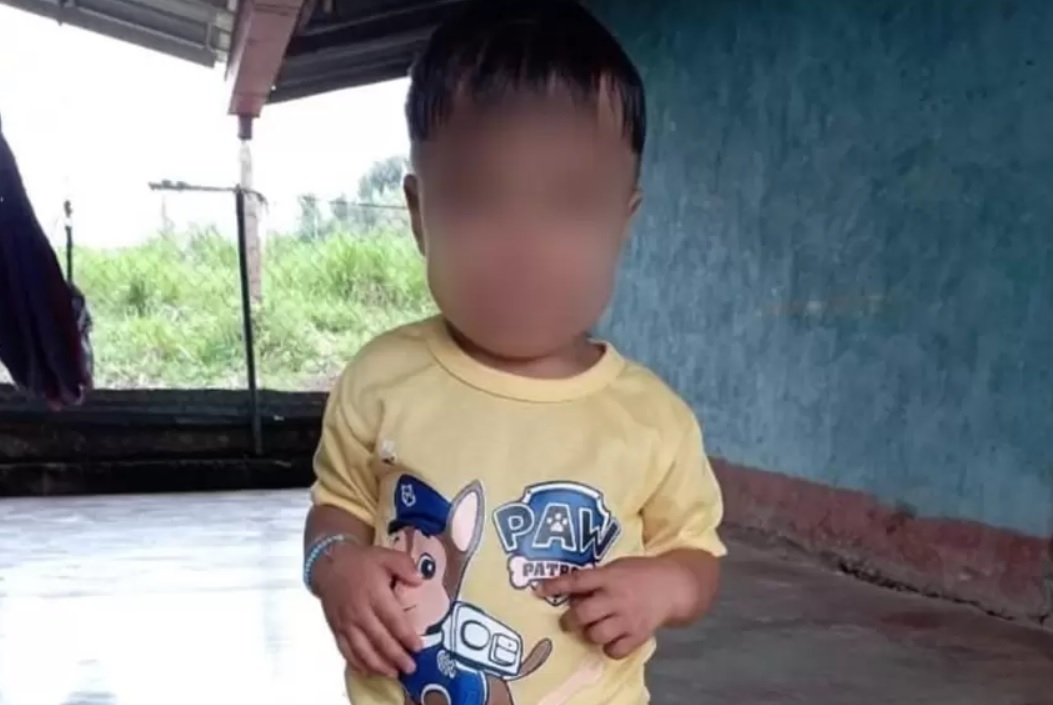 Likewise, the child’s grandfatherJesús Manosalva recounted that, “the father went to work and the mother was with the little one on the farm. At that moment, a group of heavily armed men tied up the woman and took the baby away. The subjects shouted: ‘They have to give us everything we ask for, so they can see the child again.’ We are distraught,” said a family relative. “4 guys arrived and ran over my daughter-in-law’s door, who was there. They tied her hands and feet and told her that they were coming for me because they had to pay money for the child. She ran to warn us and we have set up all the guard that we could.either”.

Regarding the Ombudsman’s Office, reference was made to the increase in 24% of violence against the child population compared to 2021. “The Ombudsman’s Office reiterates the call to the State, society and families to generate all the necessary conditions that guarantee and protect the rights of children and adolescents”said Carlos Camargo, Ombudsman.

Homicides against minors, he reported, presented an increase of 10% compared to last year. The National Institute of Legal Medicine and Forensic Sciences detailed that it has 27,347 registered cases of non-fatal injuries against children and adolescents due to intrafamily, interpersonal violence and alleged sexual crimes.

Not even the Army is safe from thieves, a truck was stolen, but with the help of the Police they recovered it
President Petro entrusted a crucial mission to the mayor of Turbaco, formerly ‘Julián Conrado the singer of the FARC’

Not all news on the site expresses the point of view of the site, but we transmit this news automatically and translate it through programmatic technology on the site and not from a human editor.
Sara Adm2022-12-02
215
Facebook Twitter LinkedIn Pinterest WhatsApp

This would be the new policy to resocialize those deprived of liberty in Colombia: Ministry of Justice presented the bases of the project

The risks of Russia’s growing dependence on the yuan