Dermot Gallagher breaks down the big hot spots from the opening weekend of the Premier League season.

FREE TO WATCH: Highlights from Brighton’s win over Manchester United

Should Brighton have had a penalty?

INCIDENT: Lisandro Martinez challenges Danny Welbeck inside the box but referee Paul Tierney considers it a close and no penalty is awarded to Brighton.

DERMOT SAYS: I think it’s a penalty. I think he’s reckless, he can’t win the ball. I don’t know why he issues such a challenge to Welbeck. He controls the ball and Martinez doesn’t have to face that challenge.

It’s just one that the ref didn’t see as we saw. I think the referee would have given the penalty if he could have seen the replays we have. 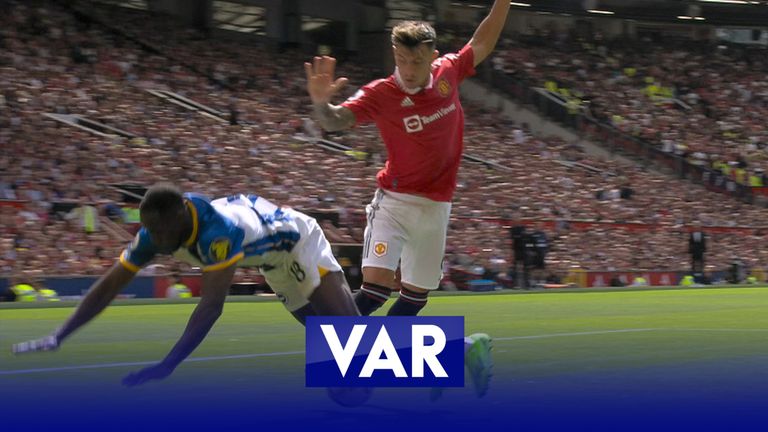 Did Martinez foul Welbeck in the box? | Carragher: It’s a penalty!

That day, he didn’t see it as a penalty. Looking at replays, I can’t explain why it’s not a penalty. There was talk of raising the threshold at the end of the week.

Everyone has to find their way, and you have to accept on opening day that there will be start-up issues and decisions that people won’t like. It’s a.

STEPHEN WARNOCK: What is frustrating for me is that Dermot says there are starting problems on the first day of the season, and without being disrespectful, it is a simple refereeing decision.

It’s not a starting problem, it’s a bad decision, and for me, why not go to VAR or what is VAR about? Now if the referee relays the information: ‘I think it’s shoulder to shoulder’, and the VAR comes back and says: ‘It’s not shoulder to shoulder, you made a mistake’. You missed it.

Whether it’s a high bar or not, it’s a penalty.

That’s why VAR is there. I don’t understand the decision at all. I was all the more bewildered as I looked at him, thinking about the conversation that was going on between them. It’s very strange.

There are four people here who all think this is a penalty. This is where it’s even more frustrating because it’s clear and it’s obvious to all of us, and to anyone who watches it. How isn’t it clear and obvious to someone sitting in the VAR booth when it’s their job to make sure the decision is the right one? It’s frustration.

Again, we talked so often last year about consistency.

Was McTominay lucky to escape a red card?

Dermot Gallagher, Sue Smith and Stephen Warnock were all in agreement that Manchester United’s Scott McTominay was lucky not to receive a red card for his challenge against Brighton’s Moises Caicedo.

INCIDENT: Scott McTominay receives a yellow card for a foul on Moises Caicedo, but was the Manchester United midfielder lucky enough to escape further punishment?

DERMOT SAID: I think he is very lucky. Before the start of the season, there were discussions about the contact of the studs with the ankle and the protocol.

The only thing that saved him was that I think the referee is so close to the incident. So it doesn’t gain momentum and momentum from intensity. I think that’s the only reason he got a yellow card.

STEPHEN WARNOCK: Most of the time it’s just football – that you make a genuine attempt for the ball and time the tackle incorrectly.

Timing is everything in football. Timing runs, timing tackles. You have to do them right and there are more weekend incidents where the timing is wrong.

“The timing here is he’s actually going to kick the ball but actually go over it and then it allows you to brush over the top of the ball and then over the shin.

He is a very lucky boy.

Should Fulham have received a penalty? 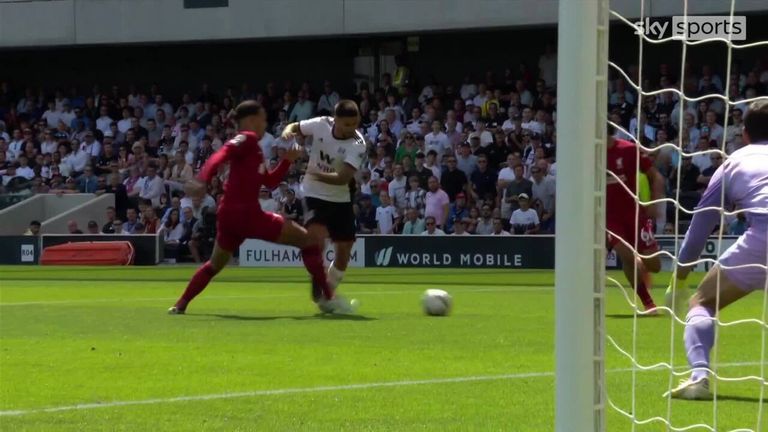 INCIDENT: Aleksandar Mitrovic drops inside the box under a challenge from Virgil van Dijk and referee Andrew Madley points for the spot. But was it the right call?

DERMOT SAYS: “It’s a question of timing. It’s just a tackle at the wrong time and it’s a foul. Virgil van Dijk hangs a leg, the ball goes to the left and it catches Mitrovic. It’s a penalty.

Mitrovic moves the ball so quickly which forces van Dijk to put that leg across. It’s the knee-to-knee contact you see, but you have to see it from a certain angle.

STEPHEN WARNOCK: No argument on this one. I think the big problem in this incident is when you see Van Dijk’s knee drop. So that’s where you see the real leg clash.

A lot of people struggled to see it at first, but when you slow it down and get the angle right, you just see that knee go back and that’s what shows you Van Dijk’s touch.

It was very different from the Liverpool defender to dive like that but brilliant from Mitrovic.

Should VAR have been used to disallow Fulham’s first goal?

FREE TO WATCH: Highlights of the draw between Fulham and Liverpool

INCIDENT: Jordan Henderson feels foul in the build-up to Mitrovic’s first goal. Should the incident have been referred to VAR?

DERMOT SAYS: It’s the referee’s choice, and he said no. There were 17 seconds between this incident and the goal scored. So the VAR, when they checked if there was an offside or a foul in the attacking phase, you can’t go that far back – it’s too far.

Seventeen seconds is too long. He is not there to re-refer the match. One asks: “is this all part of the same attack phase that directly involves the goal?” And the answer is no.

Should Leeds have had a penalty?

INCIDENT: Rasmus Kristensen clearly gets the ball first inside the box but is slammed by Jose Sa. VAR looks at him but nothing is given.

DERMOT SAYS: It’s a typical goalie challenge that never gets penalized. People tell me, ‘why isn’t that a penalty?’ Well, it was never a penalty.

If the mood is that it should be a penalty, it must be announced by the PGMOL. If they start issuing penalties for this, there will be an outcry as this has always happened in football.

I don’t recall a foul being called for that. If they start giving penalties for that, then they have to come out and say those incidents will result in a penalty. 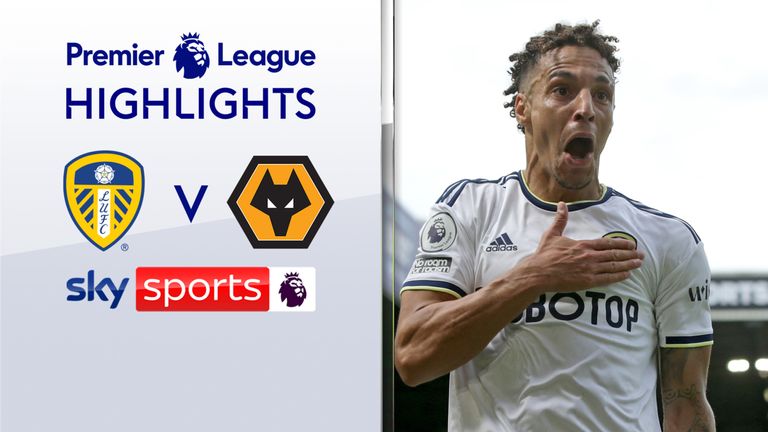 FREE TO WATCH: Highlights from Leeds win over Wolves 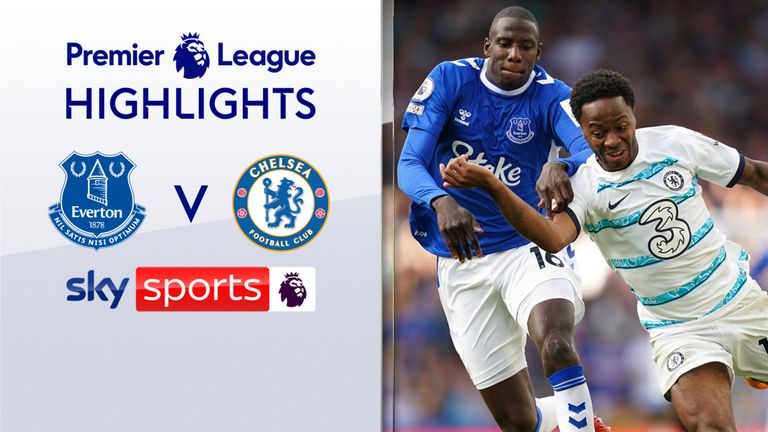 FREE TO WATCH: Highlights from Chelsea’s win at Everton

Could Godfrey’s serious injury have been avoided?

INCIDENT: Ben Godfrey suffered a fractured fibula trying to tackle Kai Havertz – but play was allowed to continue despite the ball coming out before the incident. Why didn’t we whistle sooner?

DERMOT SAYS: The difficulty is that the wizard is so far out in the field. He’s in line with where he should be to check for offside, and he can’t get back in time to get a good angle of sight, the ball is out.

Pickford’s body also protected the ball, so that’s really unfortunate. We talk about this because of the consequence and not the decision.

Was it the right decision to award a penalty to Chelsea?

INCIDENT: Ben Chilwell goes to ground under a challenge from Abdoulaye Doucoure inside the box and Chelsea are awarded a penalty.

DERMOT SAYS: I think it’s similar to the Welbeck incident in the United game. If you push a player in the back like that, you will give a penalty.

Not all news on the site expresses the point of view of the site, but we transmit this news automatically and translate it through programmatic technology on the site and not from a human editor.
Eleon2022-08-08
Facebook Twitter LinkedIn Pinterest WhatsApp

CF Montreal does not fall into the trap