A recall petition has been filed against New Orleans Democratic Mayor LaToya Cantrell as she faces various scandals and a rising crime rate.

The petition was filed by Eileen Carter and Beldon “Noonie Man” Batiste Friday in Baton Rouge and has been confirmed by the Louisiana Secretary of State’s office.

Batiste is a local activist who also ran against Cantrell in the 2021 mayoral election, while Carter worked as a social media manager for the city of New Orleans, Fox 8 reported.

A Krewe of Rex floats before the start of a parade during Mardi Gras celebrations in New Orleans, La., on Tuesday, March 1, 2022. (Jon Cherry/Bloomberg via Getty Images)

Batiste and Carter’s official reasoning for filing the petition, as written in the “Reason/s for Recall” space, was “Cantrell’s failure to put New Orleans first and execute job responsibilities”.

Within 180 days of filing the petition, organizers must collect signatures from 20% of eligible voters, according to the secretary of state’s office. As the parish of Orléans has approximately 266,714 registered voters, the organizers will have to present approximately 53,000 signatures for a recall election to be triggered.

In response to the recall petition, a spokesperson for the mayor’s office said, per WDSU:

The mayor works 24 hours a day, seven days a week to solve the city’s problems. Whether it’s public safety, sanitation, development. This mayor cares about every person in the city and lifts the city. It’s a world-class city, and we’ll continue to strive to make it the best it can be. That’s what she will continue to do.

Cantrell may appeal the petition if signatures are successfully collected.

The Democratic mayor is currently under scrutiny for numerous scandals and gaffes as the city’s crime rate soars, according to Nola.com.

Among these blunders, Cantrell on August 18 showed up unannounced at the sentencing of a minor convicted of armed robbery to show his support for the offender’s family. The victim’s mother was offended by the mayor’s apparent showing of favoritism in the proceedings, saying: “The mayor and the judge gave us and my daughter the proverbial slap in the face.

Cantrell is also facing a travel scandal for using taxpayers’ money to spend about $45,000 on a four-day trip to France, WDSU reported. She defended the expensive trip, saying, “I have a responsibility to develop our economy and our culture.”

A study released in July found that New Orleans’ murder rate is among the worst of the nation’s 50 largest cities, with 14.8 murders per 100,000 residents. The study’s methodology used homicide data from the second quarter of 2022 and the past two years. 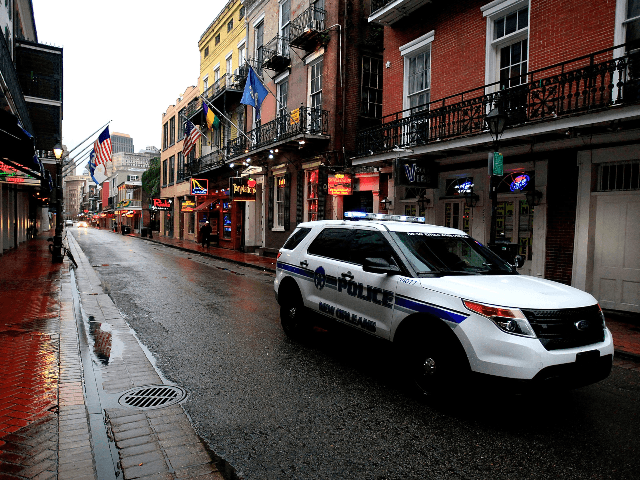 Not all news on the site expresses the point of view of the site, but we transmit this news automatically and translate it through programmatic technology on the site and not from a human editor.
William2022-08-28
160
Facebook Twitter LinkedIn Pinterest WhatsApp