Manchester United caretaker manager Ralf Rangnick has revealed his late attempts to sign a striker in January were rejected by the club’s board, leaving them short of striking options in the second half of the game. season.

United cleared Anthony Martial to join Sevilla on loan in January before Mason Greenwood was suspended indefinitely by the club just three days before the transfer window.

Rangnick hoped United could move quickly to strengthen the squad ahead of the deadline and mentioned Liverpool striker Luis Diaz, who has been a revelation since arriving from Porto on January 30, as one of the potential solutions along with Dusan Vlahovic, signed by Juventus, and Julian Alvarez, who will join Manchester City this summer.

Instead, United have failed to act and have been almost entirely dependent on Cristiano Ronaldo as a source of goals, with injury limiting Edinson Cavani to just six appearances this year.

Rangnick’s side have scored just 13 in their last 10 league games, including nine from Ronaldo.

“The answer at the time was no, there were no players on the market who could really help us – there were a few, Diaz who is now at Liverpool, Alvarez who will be at Manchester City this summer, Vlahovic who at the time was still with Fiorentina, these are just three of them that come to mind now,” Rangnick said.

“We had four days off at the time and on Sunday I was informed of the issues with Mason Greenwood and obviously Anthony Martial had already left and then I was aware that within four days we were missing some strikers and that might make sense, we were still in three competitions – Champions League, FA Cup and fourth in the league but that’s in the past and it doesn’t help us anymore.

‘What was that?’ – Jamie Carragher couldn’t believe his eyes after seeing the incredible talent of Luis Diaz

“I spoke to the board and said we shouldn’t at least talk and try to analyze whether we can get a player either on loan or on a permanent contract, but in the end, the answer was no.

“I still believe that we should have at least tried, if we had found and could in 48 hours, 48 ​​hours is short notice but it’s still 48 hours, it might have been worth trying and discussing internally but we didn’t and it wasn’t done.”

Rangnick: What is good is that everyone realizes the extent of our problems

There is a feeling within United that the club faced a dilemma in January, whether to allow Rangnick to make a signing his successor may not want or whether to preserve resources and support a new manager this summer – with Erik Ten Hag now appointed.

United were also stung by rushed recruitment and unsuccessful deals late in the window of previous seasons, with Alexis Sanchez being the most high-profile example in 2018. 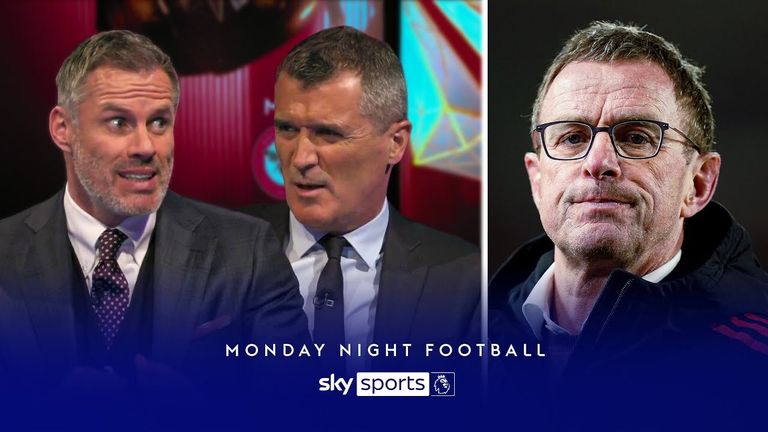 But Rangnick has already said that Ten Hag will need to improve all areas of the team apart from goalkeeping and once again underlined the scale of the task ahead if they are to challenge for the title again. champion.

“If there hadn’t been any problems before I came, I wouldn’t have come, probably Ole [Gunnar Solskjaer] would always be sitting here answering your questions.

“There were already some problems that the team already had at the end of November and as we all know in the first two months until the end of January we are improving, we conceded fewer goals, we had a points average 2.1 after the West Ham game, but in this international break we lost three players and struggled to score goals and find our balance.

“Now it’s time to look ahead, now we have two games to play, try to play as well as possible, get as many points as possible from these two games, then with Erik, with the board , together with the scouting department hopefully find and convince players, it’s not just about finding them, scouting them, you also have to convince them to come to Manchester United.”

British GP: Carlos Sainz thought first lap on pole was ‘nothing special’ but aims for Ferrari win at Silverstone