ROME – Pope Francis said on Monday that the European Union’s recent attempt to cancel Christmas is an “anachronism” more worthy of a Napoleon or Hitler than modern Europe.

On the return flight from Greece to Rome on Monday, Francis was asked what he thought of the recent EU document on “inclusive communication” which eliminated references to Christian holidays in favor of more generic holiday greetings. and inclusive language.

“It is an anachronism,” replied the Pope, noting how throughout history “many, many dictatorships have tried to do it” and have failed. “Think of Napoleon… think of the Nazi dictatorship, the Communist dictatorship.”

“It’s in vogue with a watered down secularism,” he continued. “But that’s something that hasn’t worked throughout history.”

The new style guide was written by Helena Dalli of Malta, the European Equality Commissioner, an LGBT activist. The document, titled ‘European Commission Guidelines for Inclusive Communication’, stipulates the language to be used by Commission employees for all communications, including press releases, social media posts, speeches and training materials.

A Swiss guard stands next to a Christmas tree in front of Pope Francis’ general audience at the Paul VI Hall in the Vatican on December 1, 2021. (FILIPPO MONTEFORTE / AFP via Getty Images)

The 30-page manual demands that all reference to Christian holidays be dropped in favor of generic expressions such as “winter stay”, as well as more neutral and LGBTQ + friendly language.

Along with its efforts to de-Christianize language, the manual also encourages the use of gender-neutral expressions.

“Our communication should never assume that people are heterosexual, identify with their assigned gender at birth, or identify binary (male or female),” he says.

“Avoid terms like ‘both sexes’ and opening speeches with ‘ladies and gentlemen’ so as not to exclude intersex and gay people and make them invisible,” it read.

Asked about the document, Dalli said the text was a “work in progress,” but defended his efforts to promote inclusiveness.

“My initiative to draft guidelines as an internal document for communication by Commission staff in the performance of their duties aimed to achieve an important objective: to illustrate the diversity of European culture and to highlight the inclusive nature of the European Commission towards all walks of life and all faiths. European citizens ”, declared Dalli in his defense.

In his response on Monday, Pope Francis also warned of efforts to homogenize Europe and the lack of recognition and respect for cultural differences. 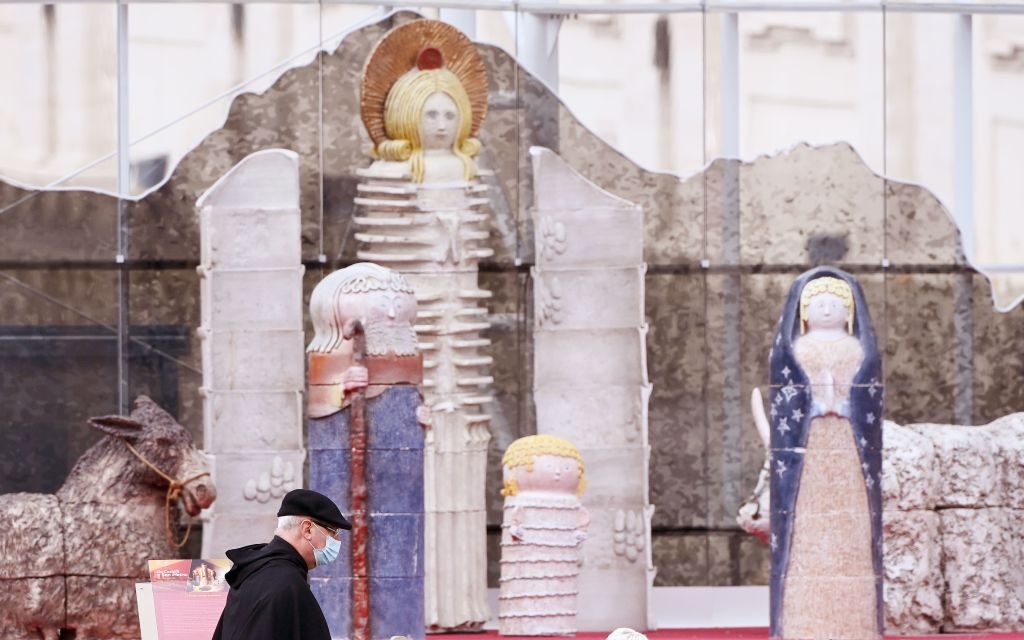 A priest walks in front of the Nativity scene in St. Peter’s Square in the Vatican on December 25, 2020, as the Pope delivers a live Urbi et Orbi blessing inside the Vatican’s blessing room amid the Covid pandemic 19. (VINCENZO PINTO / AFP via Getty Images)

“The European Union must respect each country as it is structured inside, the variety of countries, without seeking to standardize,” he said.

The EU has to be careful, “because sometimes they come up with projects like this and they don’t know what to do,” he continued.

The European Union must “respect the uniqueness of each country”, he declared, and be careful not to become a vector of ideological colonization.

Bavuma takes on India and wants a 3-0 win

3 players the Trail Blazers can move before the deadline

‘Stevie G has the X factor but Big Dunc has the FEAR factor!’ WATCH Everton vs Gabby’s Aston Villa preview