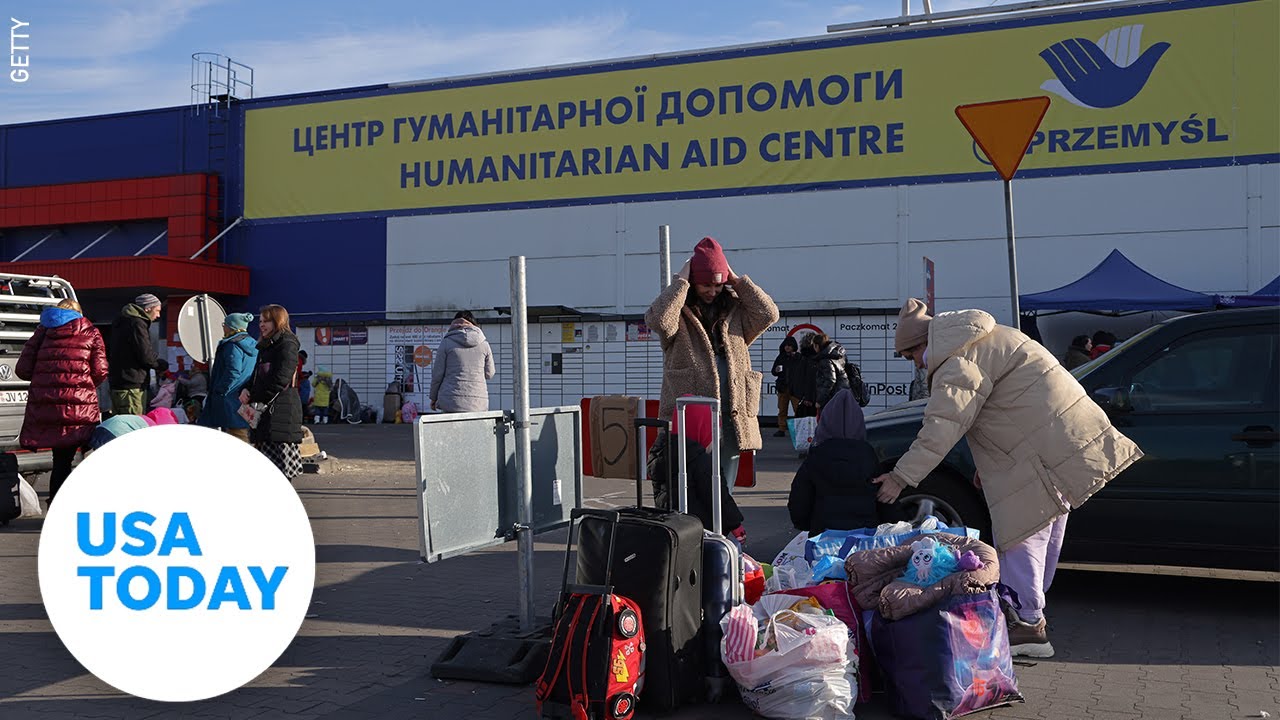 The leaders of Poland, the Czech Republic and Slovenia will travel to Kyiv on Tuesday as part of a European Union mission to show their support for Ukraine.

Meanwhile, Ukrainian President Volodymyr Zelenskyy told Russian troops in an online video on Tuesday that they could surrender and would be treated “decently”.

“Europe must guarantee Ukraine’s independence and make sure it is ready to help rebuild Ukraine,” Polish Prime Minister Mateusz Morawiecki said in a tweet announcing the trip on Tuesday.

Talks between the Ukrainian and Russian delegations were to resume via teleconference on Tuesday, the president said. The talks were halted on Monday for a “technical break”, according to one of Zelenskyy’s advisers. The previous three rounds of talks held in Belarus have shown little progress, but both sides have expressed optimism ahead of talks this week.

“On behalf of the people of Ukraine, I’m giving you a chance,” Zelenskyy said in a video translated into English by his office, ahead of his scheduled speech in the Canadian parliament on Tuesday. “A chance to survive. If you surrender to our forces, we will treat you as people are supposed to be treated. As people, decently.”

NEWS COMES TO YOU: Receive updates on the situation in Ukraine. Register here.

In Washington, White House press secretary Jen Psaki said Monday that while the Biden administration supports Ukraine’s participation in talks with Russia, Russian President Vladimir Putin should show signs of de-escalation in order to to act in good faith.

“And what we’re really looking for is evidence of that, and we don’t see any evidence at this point that President Putin is doing anything to stop the assault or the de-escalation,” she said. .

►A convoy of 160 civilian cars left the beleaguered port city of Mariupol along a designated humanitarian route, the city council reported, in a rare glimmer of hope a week and a half after the deadly siege that pulverized homes and other buildings and left people in desperate need of food, water, heat and medicine.

► Russian forces abducted the mayor of Melitopol, Ukraine, to Luhansk, under Russian occupation, where he is accused of “terrorism”, according to the Kyiv Independent, citing the regional military administration of Zaporizhzhia.

►At least 636 civilians have been killed in Ukraine since the Russian invasion on February 24, according to the UN human rights agency. The actual numbers are likely much higher, the agency said.

► More than 2.9 million Ukrainians have fled the country, according to the UN refugee agency. More than 1.7 million of them left through Poland.

A news anchor was speaking on Russian state television when a woman appeared on camera behind her, holding a sign with ‘no war’ scrawled in English and a message warning people not to believe propaganda Russian.

An independent human rights group identified the woman as Marina Ovsyannikova. The group, OVD-Info, posted on its website that Ovsyannikova, who identified herself as a station employee, was taken into custody.

Speaking in a video address early Tuesday, Ukrainian President Volodymyr Zelenskyy praised Russians “who keep trying to convey the truth, real facts… And personally to the woman who entered in the Channel One studio with an anti-war poster”.

Fox News reporter Benjamin Hall was injured Monday in Ukraine while covering the Russian invasion, the channel said. Fox News Media CEO Suzanne Scott said in a statement that the network had “a minimal level of detail at this time,” but Hall was hospitalized. Hall, a father of three, reported from Kyiv, Scott said.

“We’ll let everyone know as we find out more,” Scott said. “Please keep Ben and his family in your prayers.”

On Sunday, American photojournalist Brent Renaud was killed and another journalist was injured in Irpin, a suburb of Kyiv.

China defends its position on Ukraine

China’s stance on Russia’s invasion of Ukraine is ‘even-handed and constructive’ while the US has been ‘immoral and irresponsible’ in spreading false information, the ministry spokesman said on Tuesday. Chinese Foreign Affairs, Zhao Lijian.

Lijan accused the United States of misrepresenting reports that Beijing agreed to a Russian request for military supplies. Lijan also said the United States played a major role in developing the crisis, a reference to NATO expansion.

Lijan spoke at a press briefing the day after Yang Jiechi, one of China’s top diplomats, met with US National Security Advisor Jake Sullivan. Yang called on the international community to support the peace talks and said “China always upholds respect for the sovereignty and territorial integrity of all countries.”

State Department spokesman Ned Price declined to confirm whether US officials believed Beijing had voiced support for Moscow’s assault on Ukraine, but said the US was watching very closely. near whether China or any other country provides any form of support, including material, economic or financial assistance.

Biden could travel to Europe in coming weeks, reports say

The White House is considering President Joe Biden traveling to Europe to support Ukraine and its allies in the coming weeks, according to multiple media outlets. The discussions included considering stopping Biden in Brussels, the headquarters of NATO and the European Union, according to reports from NBC News, Politico and Reuters. In addition, there is talk of Biden’s visit to Poland after a stopover in Brussels, according to Reuters.

Any potential travel would come after Vice President Kamala Harris visited Poland and Romania last week. The purpose of his trip was to show unity among NATO allies amid Russia’s war in Ukraine.

Biden has traveled abroad twice during his administration, both times to Europe. On Monday, White House press secretary Jen Psaki did not confirm the president’s potential travel plans or predict what the trip might entail.

“There was no final decision on a trip,” Psaki said. “So I have nothing to predict what it would be like if you were to take a trip.”

Poland on edge over Russian airstrikes near border

KRAKOW, Poland — After a deadly Russian missile attack in Ukraine just 15 miles from the Polish border on Sunday, some Poles are growing increasingly anxious — saving money, checking to see if their passports are up to date and planning to flee if the war is spreading. their country.

But privately, some Poles are nervous following a Russian airstrike that left 35 dead and at least 100 injured on a military base where the Americans had trained Ukrainian forces before the war. The United States and NATO have regularly sent instructors to the base, known as the International Peacekeeping and Security Center. Just weeks before the war began, members of the Florida National Guard trained there. Learn more here.

Novak Djokovic and Russian athletes are likely to compete at Roland Garros: NPR

Small bushfire brought under control near Hesperia after threatening structures