Eighty years to the day since Japan’s infamous surprise attack on Pearl Harbor in 1941 launched the United States into World War II, the survivors will come together on Tuesday to humbly honor those who made the supreme sacrifice.

About 30 survivors and a hundred other war veterans are expected to be in Hawaii for the occasion, remembering a landmark event in American history, as AP reports.

They will observe a minute of silence at 7:55 a.m., the same minute that 183 warplanes of the Imperial Japanese Navy’s air service began their attack. Secretary of the Navy Carlos Del Toro is expected to deliver the opening speech.

The bombardment killed more than 2,300 US servicemen. Almost half – or 1,177 – were Marines and Sailors serving on the USS Arizona, a battleship moored in the harbor.

Herb Elfring, 99, told AP he was happy to return as he nearly lost his life in the air assault.

“It was just good to come back and be able to be part of the remembrance of the day,” Elfring told reporters over the weekend.

Elfring was in the Army, assigned to the 251st Coast Artillery, which was part of the California National Guard on December 7, 1941.

He remembered Japanese zero planes flying overhead and bullets strafing his military base at Camp Malakole, a few miles off the coast of Pearl Harbor.

Elfring, who lives in Jackson, Mich., Said he returned to Hawaii about 10 times to attend the annual memorial ceremony hosted by the Navy and the National Park Service.

Several women who contributed to the war effort by working in factories came to Hawaii to participate in the commemoration this year.

Mae Krier, who built B-17s and B-29s at a Boeing factory in Seattle, said she was proud to be there to represent those who came before her.

“And we fought together as far as I’m concerned. But it has taken so long to honor what we women have done. And of course I fought for that, to get our recognition, ”said Krier, who is now 95 years old. “But it was so good that they finally started to honor us. 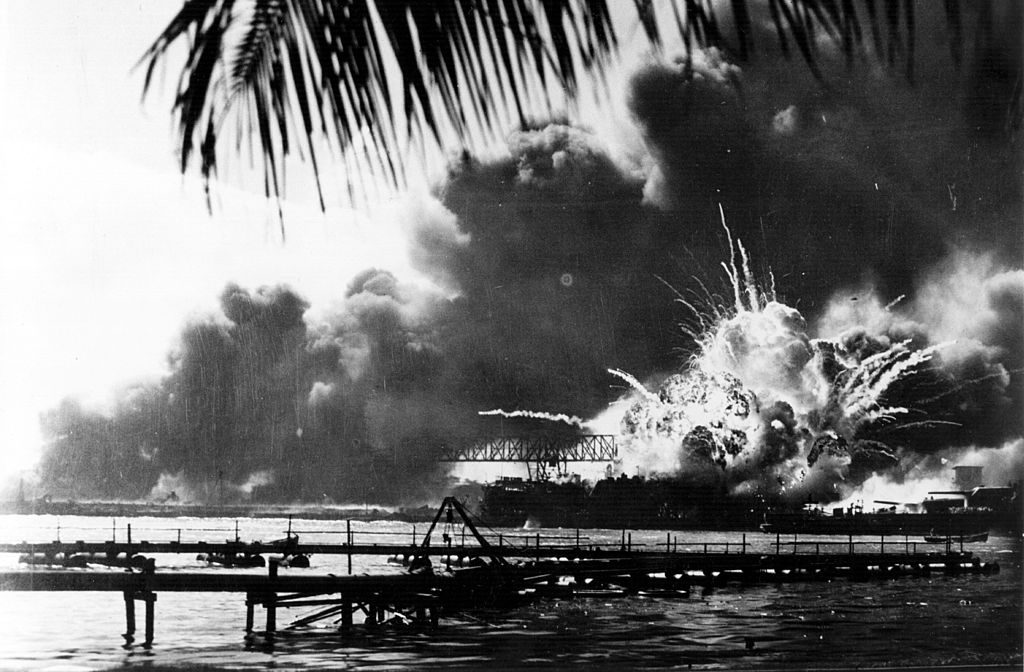 The US destroyer USS Shaw explodes during the Japanese attack on Pearl Harbor, headquarters of the US Pacific Fleet during World War II. (Photo by Keystone / Hulton Archive / Getty) 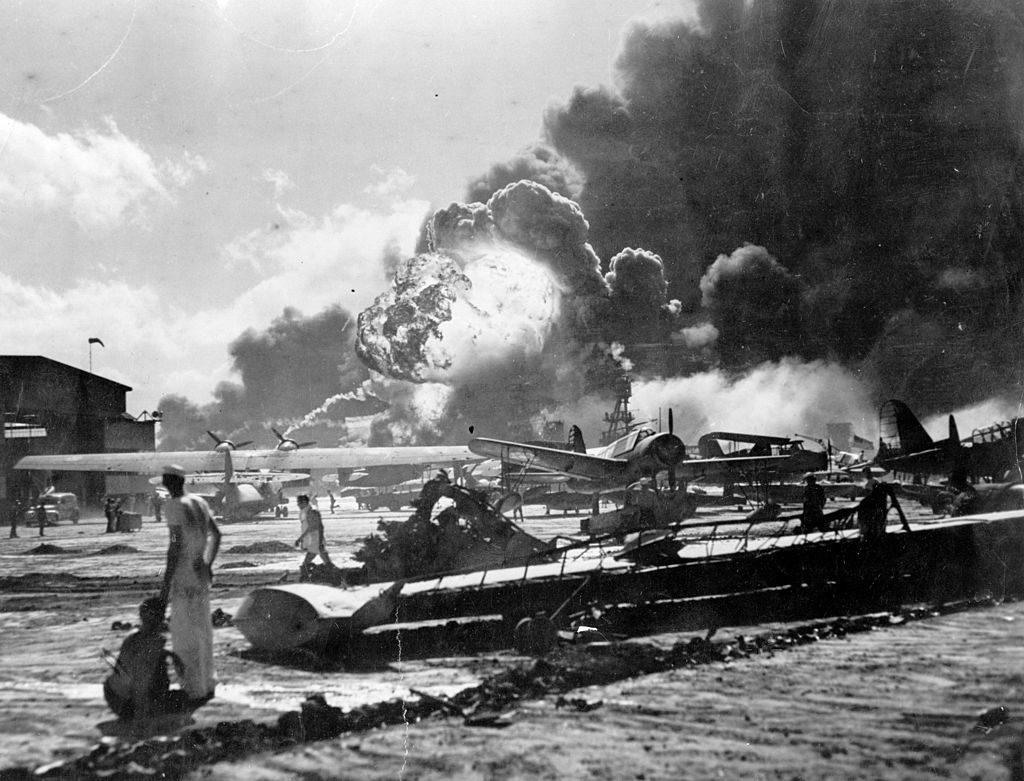 An explosion at Naval Air Station, Ford Island, Pearl Harbor during the Japanese attack. Sailors stand in the middle of the wreckage, watching the USS Shaw explode in the center of the background. The USS Nevada is also visible in the middle background, with its bow pointed to the left. (Photo by Fox Photos / Getty)

As Breitbart News reported, he will seek to locate the grave of his neighbor who died in the attack.

“Pearl Harbor was the first time that America was basically invaded, it was just beyond dispute, and it just shouldn’t have been. I really wanted to go right away, ”Golding told KCRA.

Shortly after the attack, then 14-year-old Golding learned that his neighbor Roland “Rolly” Wilson had been killed in the Japanese offensive, reports the KCRA. While the 94-year-old wanted to serve his country immediately after the events of December 7, 1941, he had to wait until he came of age.

At 17, Golding enlisted in the Navy and was deployed to Panama “where he was a tail gunner on a combat team in a patrol bomber squadron,” according to the KCRA.

In total, 15 of America’s highest bravery awards were given for actions that day, 10 posthumously, for distinguished conduct in the face of the enemy.

Navy spokeswoman Brenda Way told The Associated Press in an email Monday that she had not heard of any discussions about the event being canceled due to the storms.

Nicky Hilton and James Rothschild are expecting a third baby