True to form, the Congresswoman Patricia Chirinos, made a revealing announcement. Through an interview with RPP Noticias, the parliamentarian indicated that she is analyzing whether she will present a constitutional complaint against the new cabinet of Betssy Chávez.

She also explained that what motivated her to make this radical decision is the latest statement by the Chief of Staff, who stated that it is the “silver bullet” after illegally interpreting the response of the Congress of the Republic to the request for confidence from Aníbal Torres.

Thus, the legislator rejected the recent appointment of Betssy Chávez and he also stated that according to his perspectives, the Avanza País political party would not grant the confidence to the entire team appointed by the President of the Republic, Pedro Castillo, after the resignation of Aníbal Torres.

It may interest you: They will present a constitutional complaint against Pedro Castillo and former Torres Cabinet for interpretation of a matter of trust

Patricia Chirinos is questioned by the JEE of Callao.

In another moment of the interview in RPP Noticias, Patricia Chirinos detailed a few hours ago, the reasons why a new constitutional complaint could be filed against the government. This time, according to the parliamentarian, the main reason for said demand would be because the head of the Cabinet pointed out that The Executive’s position is that they have already been denied the first question of confidence.

“The statements of Miss Betssy Chávez have been clearer than water. She has accepted to be the ‘silver bullet’ and that is why we are seeing with my team that this new cabinet also have a constitutional accusation in the same way that I presented to the previous cabinet led by Aníbal Torres”, he explained that Monday, November 28, before thousands of viewers.

At another time, the congresswoman explained that according to her knowledge, the true intention of the current Peruvian president and his entire government is the closure of the Congress of the Republic, for which He stressed that he hopes that all his colleagues in Parliament will support a presidential vacancy.

It may interest you: Patricia Chirinos asks to summon former Defense and Interior Ministers for the irregular use of the presidential plane

“Enough of lukewarmness, Either they close us or they close us. We have to go for the issue of the vacancy, we have no other option, “said the parliamentarian,” she said on the local radio station when asked about her position before the recent cabinet.

“In addition, Betssy Chávez affirmed that this work of the complaints to be presented is part of a joint effort with several opposition parliamentarians,” she added during her statements, while taking a few minutes to point out that Dina Boluarte has been working stealthily and lately she has been well advised by not signing the minutes of the last cabinet. 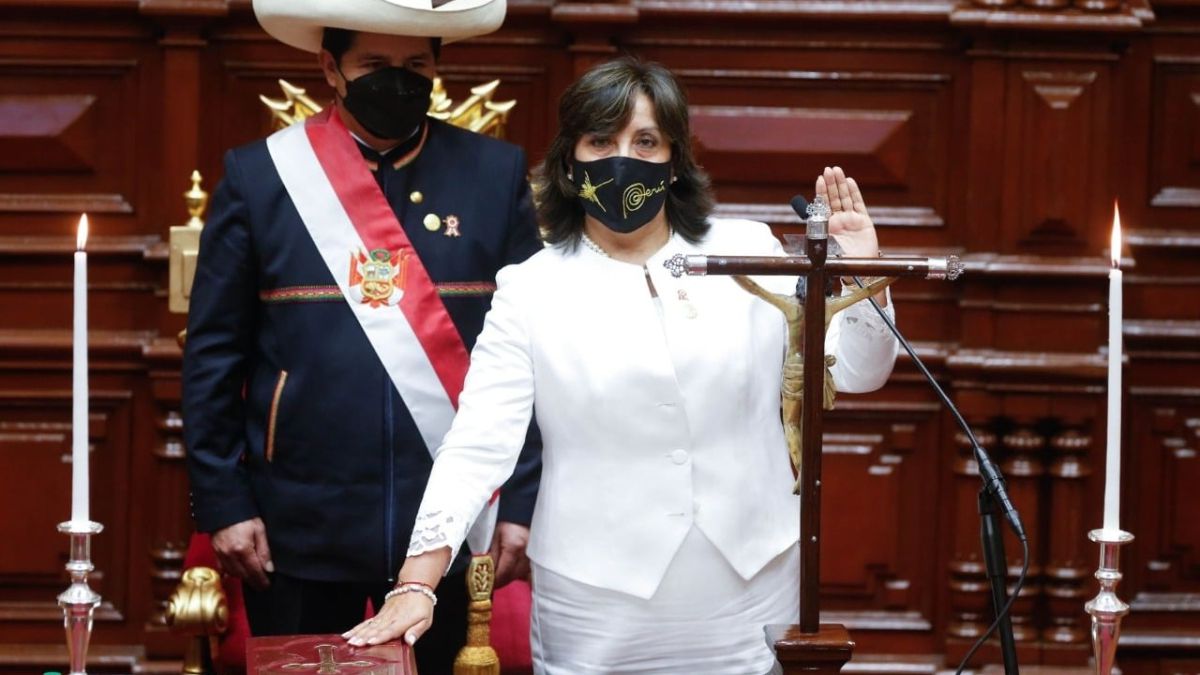 Dina Boluarte would have been against the appointment of Betssy Chávez as premier.

“Mrs. Boluarte is very well advised because she has gone quietly all this time, not much is known about her since she sang the huayno bonito, but she has been cool,” she said during her participation in RPP Noticias.

“It’s been in the shadows and now, at the last moment, she knew clearly that this accusation, if she signed the minutes, would be in the constitutional accusation, which is much more serious than the one she has in the Subcommittee on the subject of having performed double duty”concluded during his interview on the night of Monday, November 28.

Patricia Chirinos, filed a new constitutional complaint against the President of the Republic Pedro Castillo, the former Chief of Staff, Aníbal Torres and the members of the ministerial cabinet who signed the act on the factual denial of the question of confidence.

According to what was stated by the congresswoman, the Government interpreted this figure in a whimsical way, in to the detriment of what is established in the Constitution of the Republic. “No one is above our Constitution and Peruvian laws!” He posted on his official Twitter account.

Not all news on the site expresses the point of view of the site, but we transmit this news automatically and translate it through programmatic technology on the site and not from a human editor.
Sara Adm2022-11-29
201
Facebook Twitter LinkedIn Pinterest WhatsApp