In a clip from Wednesday night’s episode of “The Late Show with Stephen Colbert,” the “Don’t Worry Darling” director defended her boyfriend, Harry Styles, when he claimed he spat on Chris Pine.

“I think he’s a perfect example of people looking for drama wherever they can. Harry didn’t spit on Chris, actually. He really didn’t!

Earlier this month, many speculated that the ‘Watermelon Sugar’ singer, 28, spat at Pine, 42, after a video who allegedly captured the moment at the Venice Film Festival has gone viral.

In the clip, the Grammy-winning singer went to sit next to Pine, who was sitting next to Wilde. However, when the singer-turned-actor bent down to sit down, many said he spat at the actor, who froze in place before letting out a smirk.

“It’s a ridiculous story – a complete fabrication and the result of a bizarre online illusion that is clearly misleading and allows for wild speculation,” the rep told People.

“Just to be clear, Harry Styles did not spit on Chris Pine. There’s nothing but respect between these two men, and any suggestion to the contrary is a blatant attempt to create drama that simply doesn’t exist. 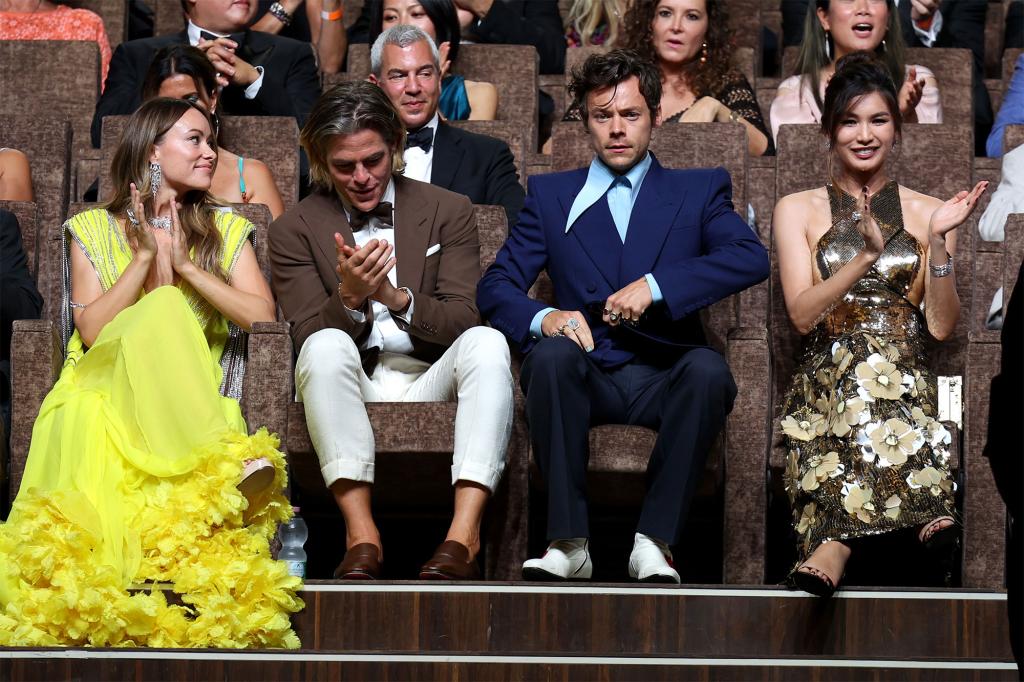 “When I told him he was going to get caught…

“I just popped over to Venice to spit on Chris Pine, but never fear, we’re back!” he said as the crowd burst into cheers.

“Spitgate” was just one of many rumors the cast of “DWD” had to navigate this year.

Wilde came under fire last month when she claimed she fired Shia LaBeouf from the film in a bid to protect Florence Pugh – which a leaked video later contradicted.

Fans guessed that might have been one of the reasons why Pugh and Wilde seem to have had a falling out.

However, other people attribute Pugh’s cold demeanor to the romance between Wilde and Styles that developed on set.

Not all news on the site expresses the point of view of the site, but we transmit this news automatically and translate it through programmatic technology on the site and not from a human editor.
remon2022-09-22
Facebook Twitter LinkedIn Pinterest WhatsApp