Investors seem confident that the Federal Reserve won’t really tighten monetary policy until it brings inflation back to its 2% target. Thus, the market is not anticipating a deep recession or a long recession, but a slight decline which will be reversed once the Fed has given up on its tightening. Investors bidding on stocks don’t think they are “fighting the Fed”, they think they are correctly anticipating looser monetary policy towards the end of next year.

You don’t have to take our word for it. The former president of the Federal Reserve Bank of New York announced that view on CNBC’s “Squawk Box” show Monday morning.

“The problem here is that the market doesn’t believe Powell when he says he wants to bring inflation down to 2%. They basically think that if inflation is 3% by the middle of next year and the economy is soft, the Fed will cave,” Dudley said. “I believe Powell means what he says, but he it will take time for the market to understand that.”

A big question people ask is whether we have finally reached the peak of inflation. Bank of America analysts point out that in periods of inflation dating back to 1915, 9.1% is the average year-over-year inflation peak. We hit that level in June, so it might not be too far off to say we peaked. On the other hand, the average length of a period of rising inflation is 3.6 years, according to the Bank of America dataset. We are just over two years away, according to the bank’s calculations, which argue that inflation may have some way to go before it peaks.

Either way, we think the weaker-than-expected Consumer Price Index (CPI) report has been overdone. First, the year-over-year CPI fell only 53 basis points. Second, it was largely due to lower gasoline prices. Third, food prices continue to rise at the fastest rate in decades, putting upward pressure on inflation expectations. Finally, one-month data is not a trend. Powell said it will take several months of data indicating that inflation has been brought under control for the Fed to ease its vigilance. This seems to us to be the right attitude.

Awakening from the recession

Eight months of falling homebuilder sentiment, on the other hand, is a trend. The August figure fell below break-even for the first time since the spring of 202o. Previously, the homebuilders’ sentiment index hadn’t fallen below 50 – the level that marks the difference between a growing market and a shrinking market – since 2014, according to the National Association of Homebuilders. (NAHB).

Another way to put it is that inflation has pushed us into a real estate slump. After all, the reason the Fed tightens is to lower inflation. And it was inflation that drove up construction costs by driving up both the price of materials and labor. 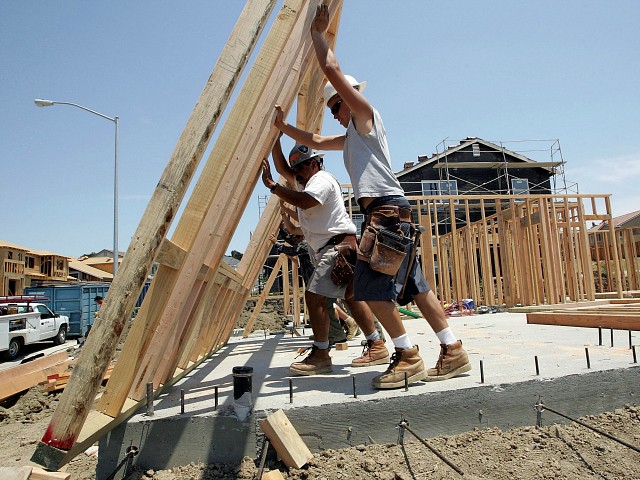 The New York Fed’s Empire State Manufacturing Survey also fell into recessionary territory in the first few weeks of August. The general business conditions index suffered its second largest drop on record and fell to minus 31.3. Outside of the pandemic spring of 2020, it’s the worst reading since March and February 2009, when the economy was reeling from the collapse of the financial sector and the implosion of the housing bubble. The index has been negative five out of eight months this year. Adding salt to the wound, the New York Fed said there was very little optimism among manufacturers that conditions would improve over the next six months.

Let’s end on a brighter note. The latest survey of Economist and YouGov shows that the public did not fall for the outright lie that was the Schumer-Manchin-Biden Inflation Reduction Act. According to the poll, only 12% of Americans think the law will reduce inflation. Twenty-three percent say it will have no effect on inflation. Twenty-five percent are unsure. A solid majority of 40% believe the law will increase inflation.

We had a chuckle when we watched the previous survey and saw it was even worse than two weeks ago. In a poll taken in late July and early August, only 36% of respondents said the law would increase inflation and 29% were unsure. So about four percent of people learned more about the law and concluded that it would do the opposite of what it was supposed to do. The proportion of people saying it would reduce inflation or do nothing remained unchanged.

Not all news on the site expresses the point of view of the site, but we transmit this news automatically and translate it through programmatic technology on the site and not from a human editor.
WilliamAugust 16, 2022
Facebook Twitter LinkedIn Pinterest WhatsApp

Republican support overtakes Democrats in Florida by more than 260,000 voters

“One monster after another” – the Russian ex-president on British leaders