Sacked Formula 1 driver Nikita Mazepin says his dismissal by Haas left him with no “confidence” in the team.

Team USA Haas had been under immense pressure to act on Russian driver Mazepin’s future after his country invaded Ukraine, with sport around the world cutting ties with Russia.

The FIA, F1’s governing body, had said Russian and Belarusian athletes could compete in their events under a neutral flag, as long as they formally accepted the organization’s principles of peace and neutrality, but Mazepin said that he was fired before he had the chance. do this.

Speaking from Moscow for the first time since being sacked, Mazepin said: “I was ready to accept that and consider myself neutral.

“When they added an additional letter that I had to sign, I didn’t look at it because my contract had already been terminated.”

Mazepin also said he found out his contract was terminated through a press release and did not rule out taking legal action against Haas.

“I don’t want to be on a team that doesn’t want me,” Mazepin said.

“Formula 1 is a dangerous sport and you have to rely on the team you work with. It’s about safety, and it’s fair to say that I don’t have that confidence in them.

“It’s good to keep all the (legal) options open. There was no legal reason that could allow the team to terminate my contract.

“I was very disappointed with the way it was handled. I was told that if the FIA ​​allowed me to compete under their rules, and I agreed with them, there would be no action to remove me from the seat.

“I haven’t heard from the team since it happened and I learned of my dismissal at the same time as it was communicated to the press.

“I’m a young man and I wasn’t ready for this. I didn’t get any hints or support or hear that this was the decision we made. I learned along the way that you.

“I lost my dream that I have been working for for 18 years. I never imagined that the situation of losing my record would happen so soon.

“But I absolutely don’t see Formula 1 as a closed chapter. I will stay in racing condition and I will be ready to seize an opportunity if it arises.”

Haas is investigating the possibility of ex-driver Kevin Magnussen replacing Mazepin ahead of the new season.

Magnussen, who raced for Haas for four seasons before the team let him go at the end of the 2020 campaign, has also previously driven for McLaren and Renault.

The Dane has explored different forms of racing since leaving F1, competing in the IMSA SportsCar Championship and IndyCar Series, but now looks set to race alongside Germany’s Mick Schumacher when the season begins in Bahrain on March 20 – live on sky sports.

Brazilian reserve Pietro Fittipaldi will test for Haas in Bahrain on Thursday after Mazepin leaves.

A spokesman said the cars arrived late at the Sakhir circuit on Tuesday after air freight was delayed by a technical problem.

“This delay will impact our program but we aim to be on track for the second session on Thursday afternoon with Pietro Fittipaldi at the wheel of the VF-22,” he said, without giving further details.

Haas finished last in 2021 and were the only team not to score a point after focusing entirely on developing their car for this year’s major rule changes.

Mazepin’s father, oligarch Dmitry Mazepin, is a co-owner of Haas’ former main sponsor Uralkali – a contract that was also torn up – and an associate of Russian President Vladimir Putin.

In a statement, the company said: “Uralkali has made a significant contribution to global food security for many years and provides significant assistance to a range of sports associations, organizations and events in Russia and abroad. The company views the team’s decision as unreasonable and believes that sport should always be free from politics and pressure from external factors.

In view of the foregoing, Uralkali intends to protect its interests in accordance with applicable legal procedures and reserves the right to take legal action, claim damages and seek reimbursement of the significant sums that Uralkali had paid for the 2022 Formula 1 season. 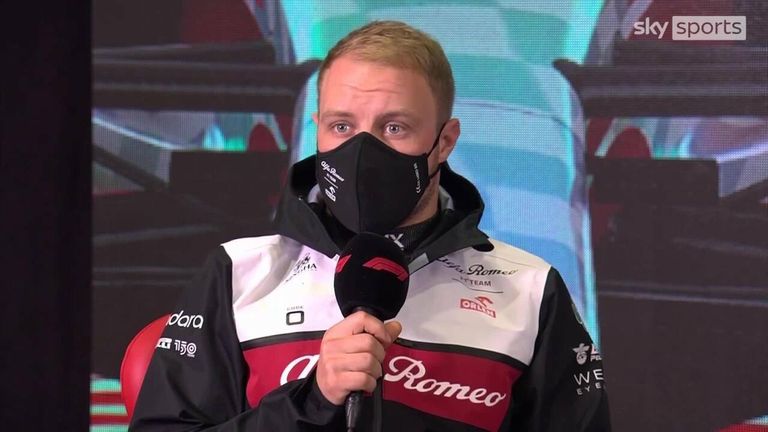 “Uralkali will seek immediate reimbursement of amounts received by Haas. Haas’ reimbursement and the remaining portion of Uralkali’s sponsor funding for 2022 will be used to establish the We Compete As One athlete support foundation.”

Mazepin: I was supported by other pilots

Mazepin revealed he had received messages of support from other F1 drivers, including Briton George Russell.

“I appreciated the small number of drivers who expressed their support for me,” said Mazepin.

“Sergio (Perez), Valtteri (Bottas), Charles (Leclerc) and George (Russell) have all contacted me.

“They know how important the situation is and they showed their support after I lost the opportunity to compete.

“The messages were nothing political but just on a personal level – to hold their heads up high because athletes were broken and lives were destroyed after a decision like that.”

During a five-minute scripted monologue, Mazepin also announced the creation of a foundation called We Compete As One, to support athletes “banned from competing and collectively punished solely because of the passports they hold”.

He added: “It’s been four days since I was sacked and I can say there is no one to protect the athletes who find themselves in this position and I want to be the first to help.”

Not all news on the site expresses the point of view of the site, but we transmit this news automatically and translate it through programmatic technology on the site and not from a human editor.
Eleon2022-03-09
Facebook Twitter LinkedIn Pinterest WhatsApp

Draw between Chennaiyin and East Bengal

Campbell Hatton vs. Joe Ducker LIVE: Date, UK start time, undercard, live stream and how to watch ‘Hurricane’ Hatton in action ahead of Okolie vs. Cieslak