This January 3, approximately 2 thousand migrants broke into the offices of the Mexican Commission for Aid to Refugees (EAT), in tapachula, Chiapas. Migrants demonstrated to demand that their asylum applications be dealt with as soon as possible and claimed the lack of support from the temporary work program in the state.

What caused the anger of the group of foreigners was that this Tuesday the procedures were canceled and it was the second day that they came to request their Visa for humanitarian reasons, in such a way that all the people formed on the outskirts of the property attacked the metal fences security and tried to enter the offices to make claims.

In the brawl there were minors, adolescents, men and women. According to the first reports, so far 3 people were injured. One of them was a woman who received a strong blow to the head that caused her to immediately fall to the ground, however she is now out of danger, as she was quickly treated.

The events occurred almost at the end of the visiting day, for which reason several relatives were temporarily detained before the immediate closing of the doors.

To control the situation, the intervention of the National Guard was necessary, since dozens of migrants tried to overcome, by all means, the fence of the building and threw down the metal bars.

Most of the migrants are from African and Haitian origin, who positioned themselves at the entrances and exits of the accesses, becoming the majority group that requested to be attended before other nationalities. For their part, the authorities alleged disorder as one of the main factors for which they opted for suspend attention. 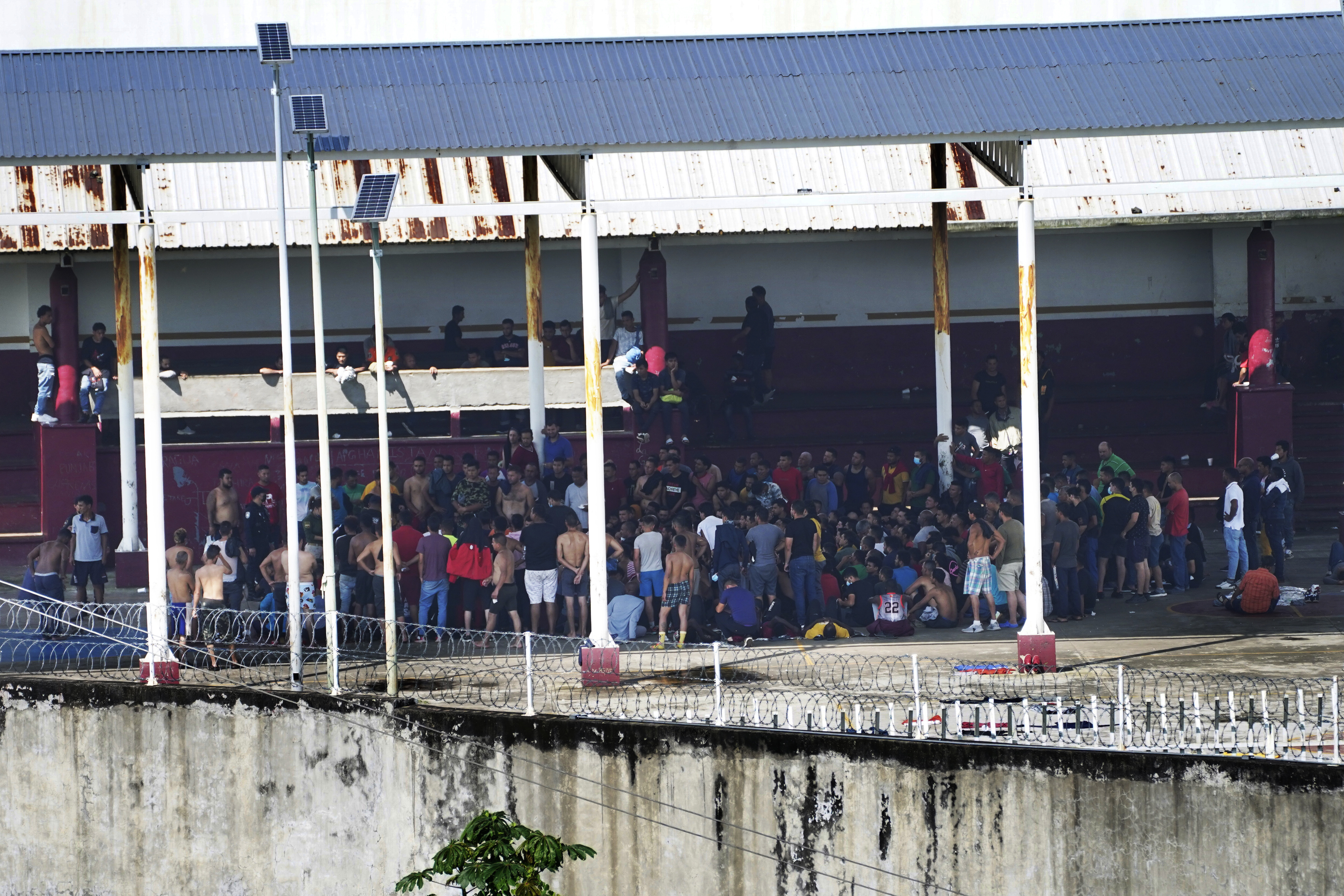 However, this January 4 they will provide care again and they made it a condition that people maintain order, since they will only enter by nationality and in groups of thirty at a time, so that security conditions exist.

The victim was identified as “Lucas N”, 26 years old, originally from the same municipality and who belongs to the criminal gang known as “Los Queñaetik”.

During the last months, hundreds of migrants from about 10 countries remained stranded in Tapachula unable to work to support their children. This is due to the fact that the Mexican Commission for Aid to Refugees (Comar) of the Government takes up to four months to complete your process and move on to the next appointment.

The region is experiencing a record migratory flow to the United States, whose Customs and Border Protection (CBP) Office detained an unprecedented number of more than 2.76 million undocumented immigrants in fiscal year 2022. Migrants primarily attempt to cross Mexico to cross the US border in search of a better quality of life.

The migration crisis It is one of the main problems that have afflicted Mexico for decades; Although it is true that most of them are inhabitants of the Aztec country and Central American nations who travel through Mexican territory in their search to reach the United States, recent reports from the National Institute of Migration (INM) have reported the presence of migrants from other continents, highlighting Asia and Africa. 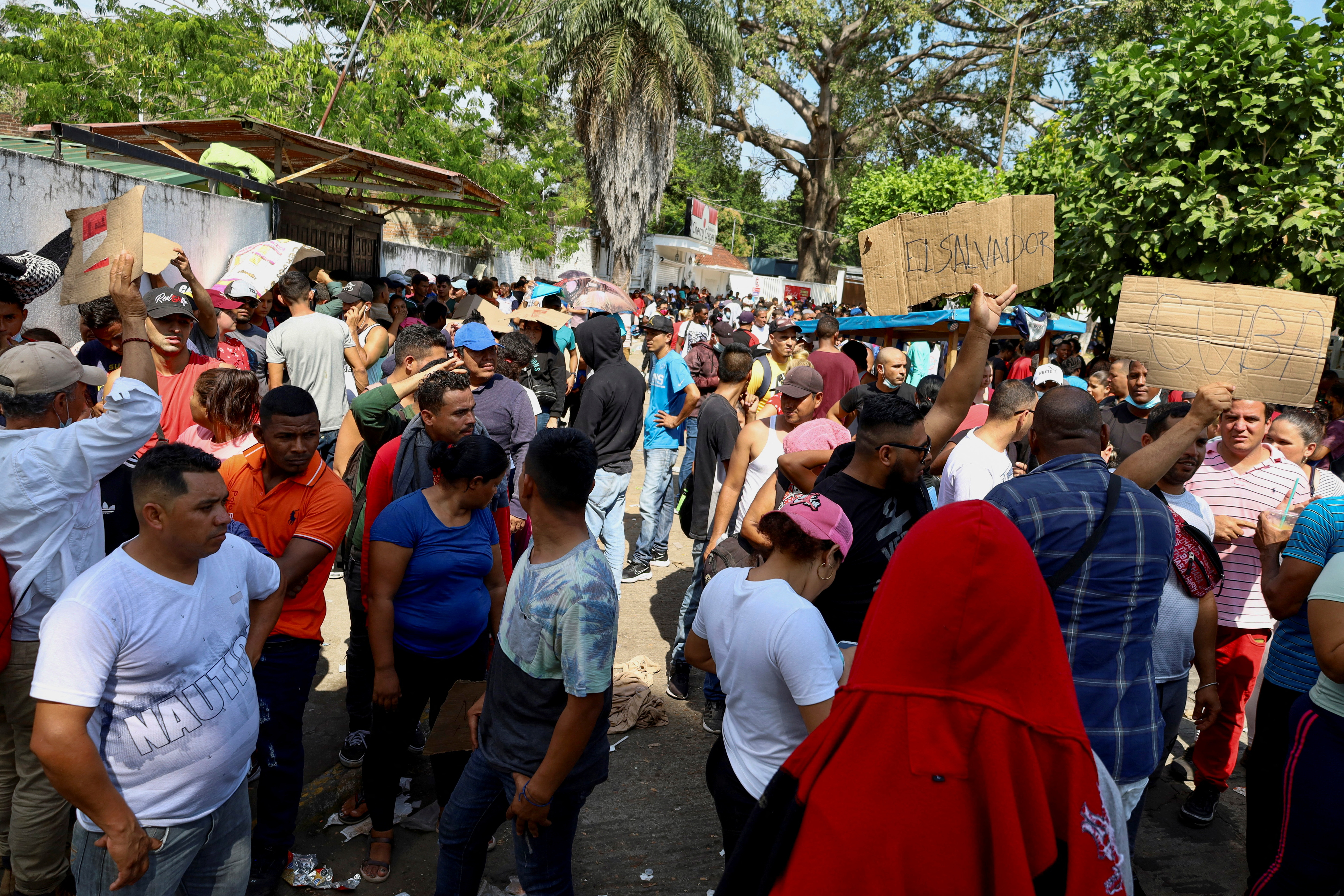 Migrants, who want to regularize their immigration status, meet in front of the Refugee Assistance Commission (COMAR). (REUTERS/Jose Torres)

Regardless of the nationality of migrants, on their arduous journey to reach the border constantly face obstacles and risks that not only endanger their stay in Mexico, but their own lives.

Information from the National Human Rights Commission (CNDH) and the civil organization save the children points out that among the threats that migrants face in their transit to the North American country, physical ailments caused by heat stroke, such as dehydration or malnutrition.

What to do if you are an LGBT migrant in the face of insecurity and discrimination on the US-Mexico border
The harshest winter for thousands of migrants in Mexico: extreme cold and the fear of going to shelters for deportation
“Coyote” was sentenced to 15 years in prison for sexual abuse of a migrant minor

Not all news on the site expresses the point of view of the site, but we transmit this news automatically and translate it through programmatic technology on the site and not from a human editor.
Sara Adm4 weeks ago
243
Facebook Twitter LinkedIn Pinterest WhatsApp

Close to the madding crowd: what are the pros and cons of residing on Buenos Aires avenues

‘SNL’ Trolls Southwest – and the people who ride it

Francia Márquez comes out in defense of Irene Vélez and Carolina Corcho: “With strength and conviction they lead the initiatives for change”