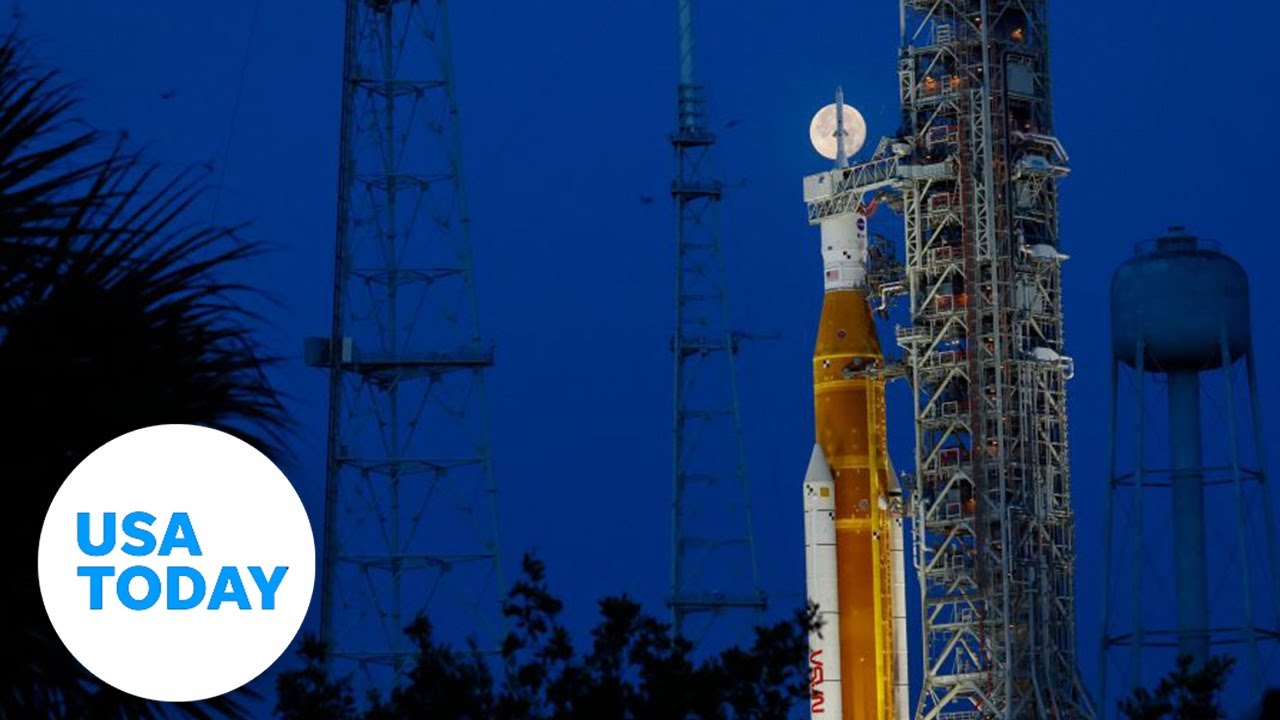 NASA’s Artemis I mission, which was scheduled to launch on Monday to take an Orion capsule with three test dummies to and from the Moon, was canceled due to chronic fuel leaks and an engine problem in recent preparations.

The next flight window from Kennedy Space Center in Florida is Friday if NASA determines the rocket was ready. NASA officials were scheduled to hold a briefing on the way forward at 1 p.m. Eastern Time today.

“Safety is always first,” NASA tweeted. “Following today’s #Artemis I launch attempt, @NASAArtemis teams are working on an issue with engine number 3 and plan to give a press briefing later today.”

NASA struggled to fuel the rocket with nearly 1 million gallons of hydrogen and oxygen due to a leak of highly explosive hydrogen, a problem that also erupted during testing last spring.

The massive Space Launch System rocket will become the agency’s most powerful when it finally takes flight. The top priority will be testing Orion’s new heat shield as it re-enters Earth’s atmosphere at 25,000 mph. The capsule will have to survive the fiery descent during the process which will likely become one of the fastest re-entries yet.

NASA’s Artemis program is designed to return astronauts to the Moon after 2025. This first test mission involves a round trip that will take approximately 42 days.

50 YEARS LATER: The United States takes its first step towards the moon with the launch of Artemis I

Vice President Kamala Harris was among thousands of people who gathered in South Florida for the launch. She remained optimistic after the decision to postpone the flight.

“As we hoped to see the launch of Artemis I today, the attempt provided valuable data as we test the most powerful rocket in history,” Harris tweeted. “Our commitment to the Artemis program remains firm and we will return to the moon.”

NASA: “You don’t want to light the candle until it’s ready to go”

The postponement was a disappointment for thousands of people who blocked the coastline to see the launch. Vice President Kamala Harris was among the dignitaries present. Launch commentator Derrol Nail said engineers are still analyzing the issues and “we have to wait to see what comes out of their test data” before announcing a new launch date and time. NASA Administrator Bill Nelson said the delays were part of “space business” and test flights, especially when it comes to craft as complicated as Artemis1.

“All of these things have to work, and you don’t want to light the candle until it’s ready to go,” he said.

NASA announces postponement, no word yet on next test

Launch controllers continued to assess why a purge test to bring the engines at the bottom of the center stage to the proper temperature range for liftoff failed, and they ran out of time due to the window two-hour launch. Engineers continued to collect data.

NASA tweeted that the launch was on hold: “#Artemis I update: Launch is currently on unscheduled hold as the team works on an issue with engine number 3 on the @NASA_SLS Center Stage. Operations commentary continues continues at http://nasa.government/live.”

Fuel leaks during final preparations for takeoff threatened to postpone the launch. NASA has repeatedly stopped and restarted refueling the Space Launch System rocket with nearly 1 million gallons of super-cold hydrogen and oxygen due to a leak. Refueling was already nearly an hour late due to thunderstorms near Kennedy Space Center in Florida.

The highly explosive hydrogen leak appeared at the same location that saw seepage during a dress rehearsal in the spring.

Then a second apparent hydrogen leak occurred in a valve that had caused problems in June but which NASA believed had fixed, officials said.

NASA’s Space Launch System rocket is a monster. It’s more powerful than the rockets that have flown from Florida’s space coast for decades. An orange center stage, flanked by bright white solid rocket boosters, helps make it visually unique. And its height is a towering 322 feet – about the same as a 30-story building.

At least 100,000 visitors are expected in areas around Kennedy Space Center for the mission. In the event of a delay, two backup opportunities — September 2 at 12:48 p.m. and September 5 at 5:12 p.m. EDT — are available.

Not all news on the site expresses the point of view of the site, but we transmit this news automatically and translate it through programmatic technology on the site and not from a human editor.
remon2022-08-29
Facebook Twitter LinkedIn Pinterest WhatsApp