The candidates for the Presidency of the Republic met in the Senate (Photo: Twitter/@RicardoMonrealA)

Marcelo Ebrard, Secretary of Foreign Relations (SRE) and Ricardo Monreal, Senator of the Republicclearly raised their voices against Morena’s internal process and denounced the opacity of the polls and the lack of even flooror to choose the flag bearer, or flag bearer, in the 2024 election and possible successor to the president Andres Manuel Lopez Obrador.

Faced with a political scenario in which claudia sheinbaumhead of government of CDMX, looks like the apparent favorite of the head of the federal government, followed by the secretary of the Interior, Adam Augusto Lopezsome internal currents of the icing party have pointed out that there are “loaded dice”.

Last weekend, the group Progressives for Unity and a flat floor in Morena, related to Marcelo Ebrardpublicly requested the national leaders, Mario Delgado and Citlalli Hernandez, guarantee equal conditions for all candidates for the presidency of the Republic in 2024.

This Tuesday, the President of the Republic and founder of Morena, Andres Manuel Lopez Obradorassured that the party will have a process with “equal floor” among the candidates and without “finger” through the polls. 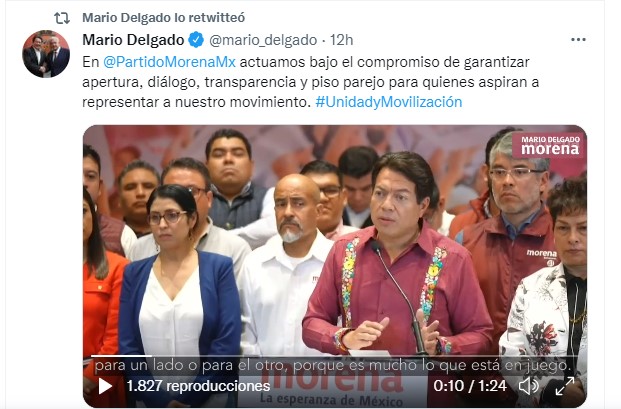 “There is no fingerlook at the important change, the president does not have a candidate or a preferred or preferred candidate”.

The Executive’s response came after the group that promotes Ebrard Casaubón requested that the method consist of “open, independent, transparent, verifiable and accessible surveys for all citizensjust as it happened in 2011, in an exercise agreed between the current president López Obrador and Marcelo Ebrard”, Senator Lucía Micher pointed out.

For this reason, this internal current considered pertinent that call a meeting with representatives of the “corcholatas” so that orderly, equitable and fair mechanisms are designed in order to demonstrate to the public the democratic quality of Morena. 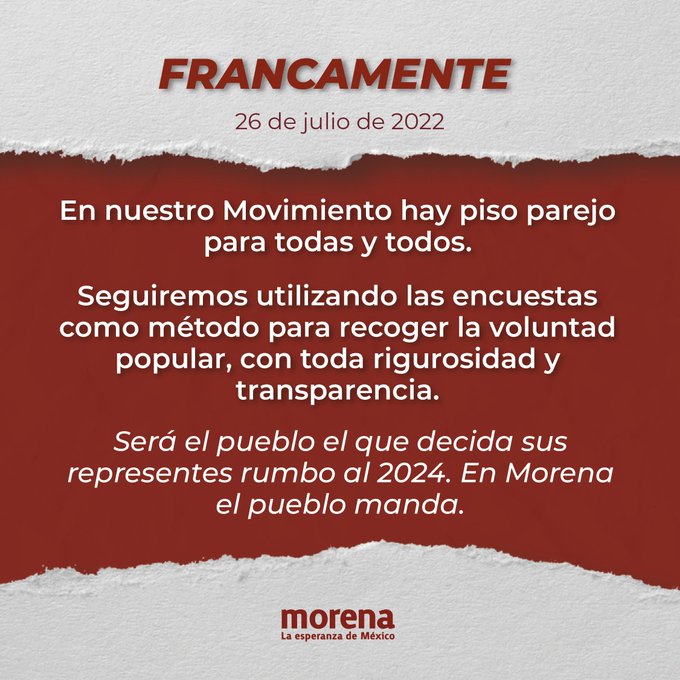 “Frankly: in our movement there is a level playing field for everyone. We will continue to use surveys as a method to collect the popular will” Morena pointed out in a display on her social networks.

In response to disagreements within their ranks, Mario Delgado pointed out that they will agree to meet with the different leaderships of the party to address the issue, although he advanced that the conditions are the same for everyone.

“I am 24 hours a day for any observation but I ask that we take responsibility because it is a historical process that is intended to continue and some irresponsible statement cannot win us, ”said the national leader of Morena.

Even with the invitation to dialogue, Morena made it very clear that the method to define the different candidacies in the electoral processes in 2023 and 2024 will be that of the survey, thus ruling out the modifications requested by the dissatisfied candidates, or distrustful of the reliability of the methodology. 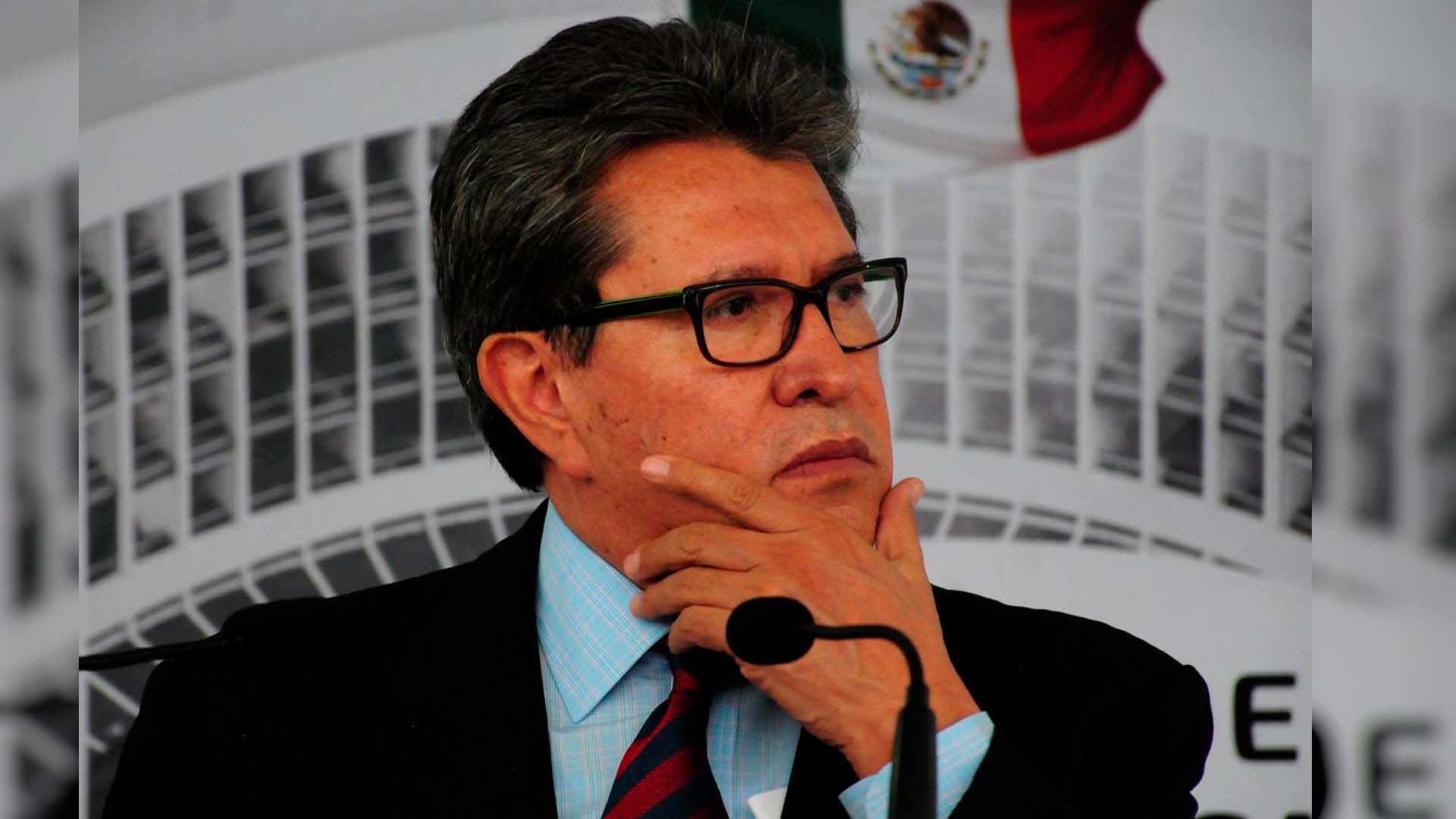 Monreal, who was the first to publicly criticize the internal method of the icing party, proposed an internal election, which is open and transparent among the militants. And to give certainty of a “level floor” among the candidates, he suggested that the National Electoral Institute (INE) be in charge of supervising this process.

The former governor of Zacatecas stated that the polls are easily manipulated by the Morena leadership and declared that he himself was the victim of a non-transparent process in 2018, when they left him out of the candidacy for the government of Mexico City.

AMLO called for democracy within Morena, after complaints from supporters of Marcelo Ebrard
Group close to Ebrard in Morena asked for “even floor” and avoid promoting “corcholatas”
“Manipulating INE”: López-Dóriga criticized Marcelo Ebrard after participating in a Morena event

Not all news on the site expresses the point of view of the site, but we transmit this news automatically and translate it through programmatic technology on the site and not from a human editor.
Sara AdmJuly 26, 2022
Facebook Twitter LinkedIn Pinterest WhatsApp

Bono wrote a poem about Ukraine for St. Patrick’s Day and Nancy Pelosi read it aloud

US to resume International Space Station flights with Russia

Chalatenango wins 3 to 1 in his visit to FAS