The City of Buenos Aires, mainly the center of Buenos Aires, is once again a traffic chaos this Wednesday, which is affected by street and avenue closures, within the framework of the marches called by the CGT and other union spaces related to the Government ( to the National Congress) and opposition social and left-wing movements (to Plaza de Mayo) in rejection of the economic situation the country is going through.

Given the massiveness of the protest, the authorities recommended that drivers who have downtown Buenos Aires as their destination choose to do so with public transport service, especially through the subway network, so as not to suffer delays and inconveniences. 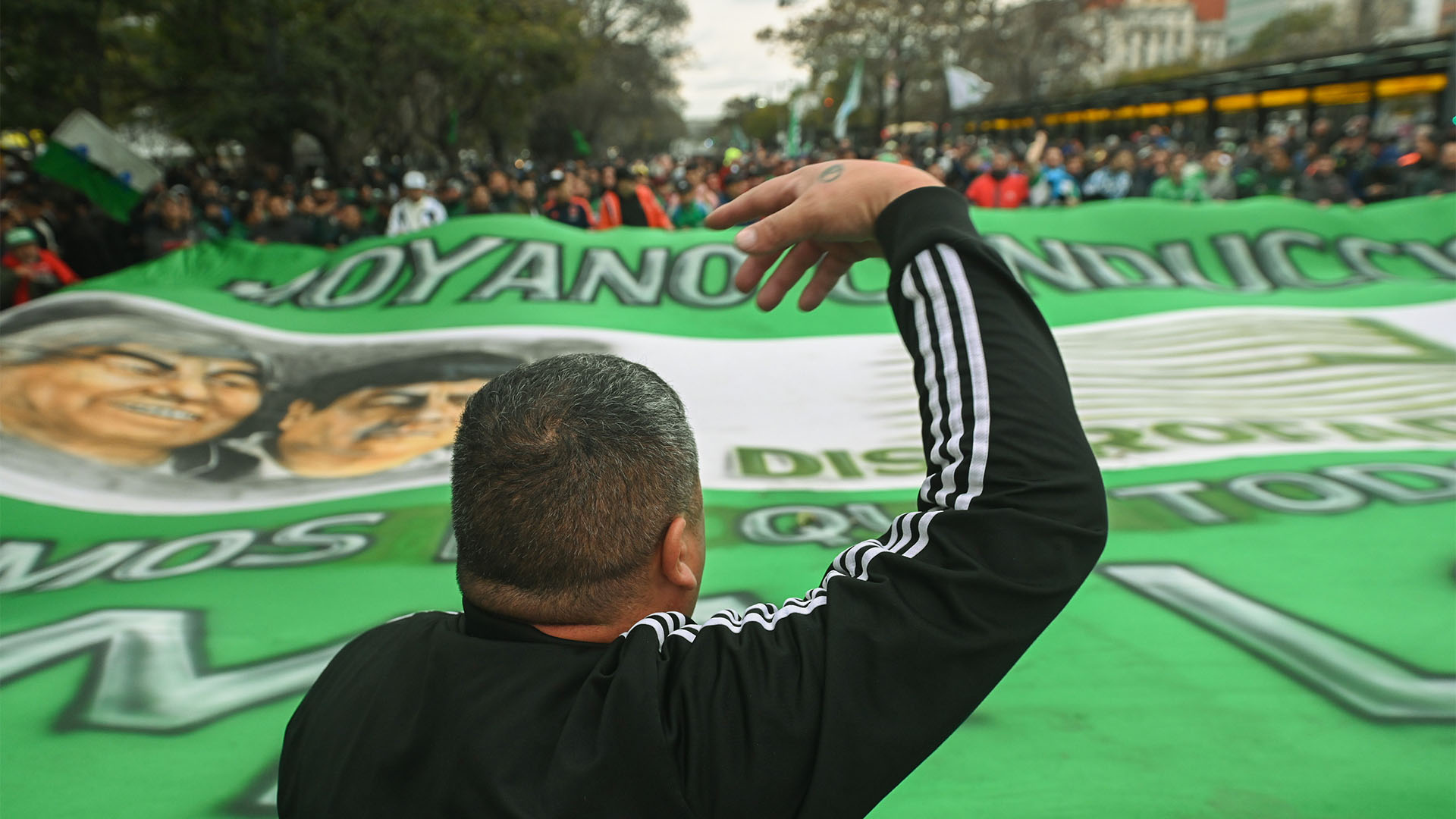 Protesters will march from the Obelisk to Congress

The first CET mobilization since 2019 will begin at 3:00 p.m. in the Obelisk and will end in the Plaza de los Dos Congresos. The Kirchnerist CTA, social movements close to the ruling party and La Cámpora will join. There will be no stage or speakers. Only one document will be read. 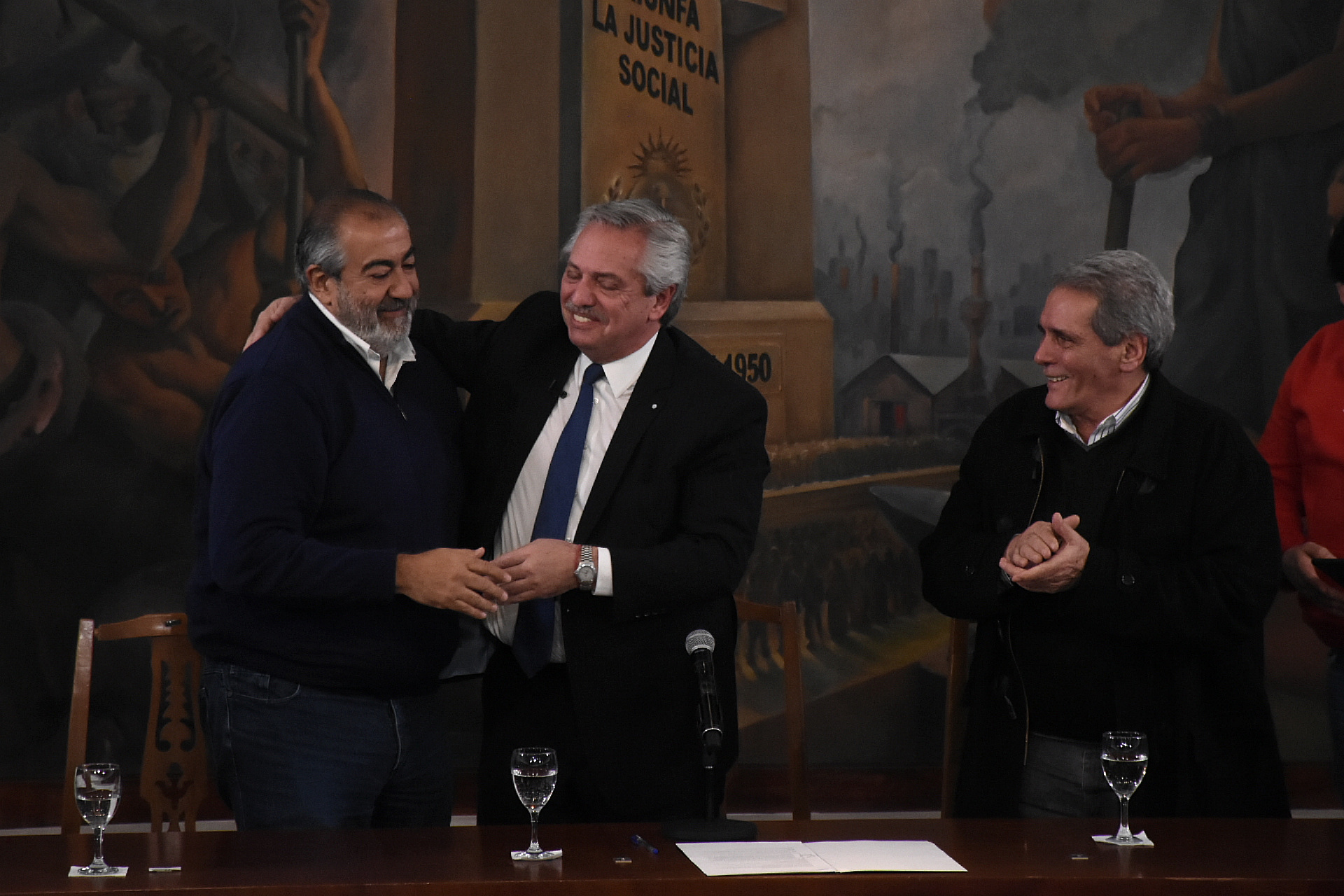 9:37 “The Government is responsible”

The former national deputy and Deputy Secretary of Sutpa, Facundo Moyano, assured that “the government is responsible” also of what happens in Argentina. “There are price setters, but there is also a state with tools to control them,” he emphasized.

“I disagree with those who say ‘our government’, I am a Peronist, but there are Peronists outside and inside. There is Peronism outside the Front of All. Cristina (Kirchner) herself has been complaining and is part of the Government”, he added. 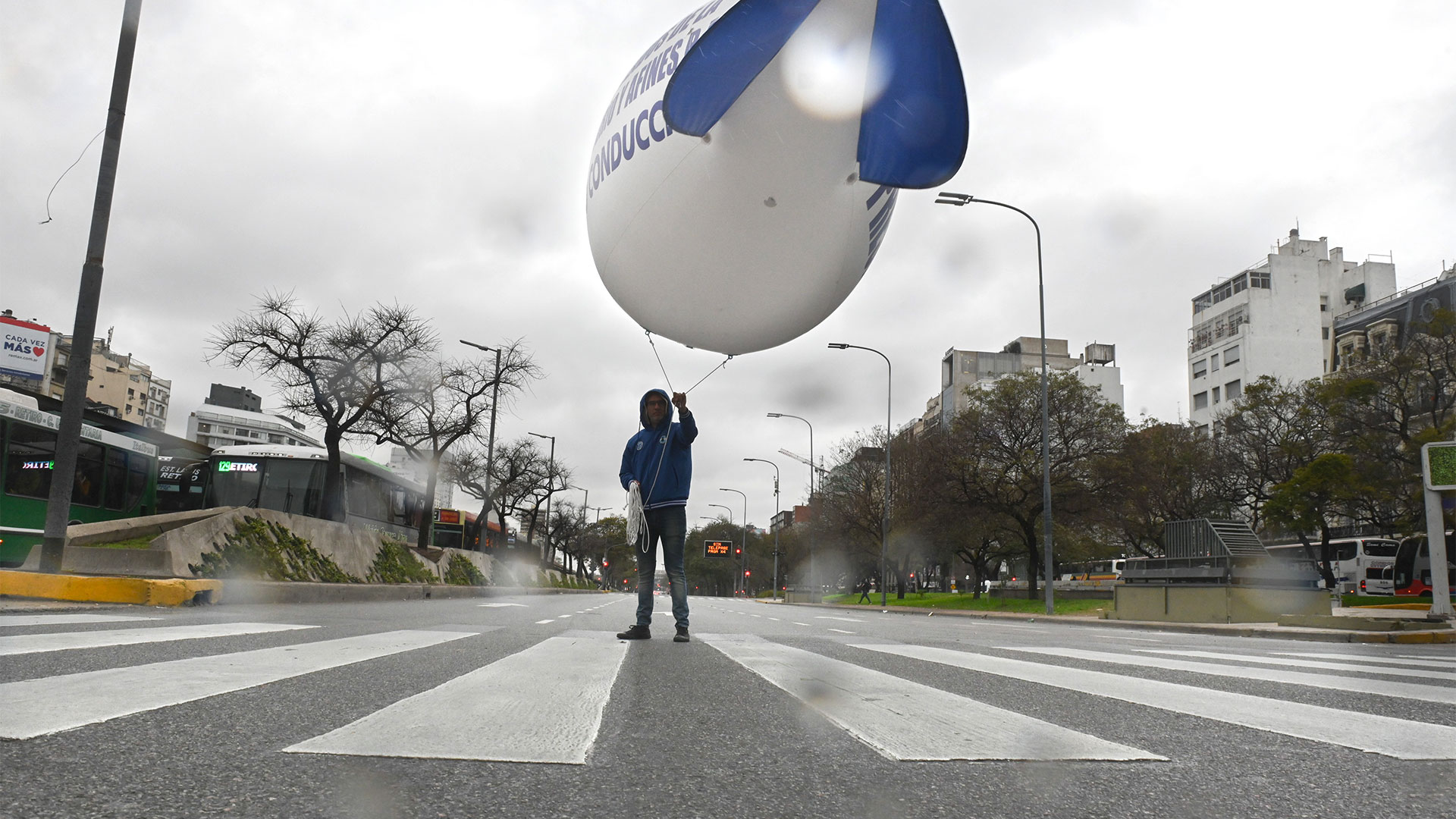 For now the metrobus is not affected

9:01 “Hopefully the government capitalizes on the march”

The general secretary of UPCN and deputy of the CGT, Andrés Rodríguez, reiterated that “the march is neither for nor against the government, it is against those who speculate to generate a devaluation” and assured that “the message of the march is constructive, to get ahead. The crack is no more”.

“Hopefully the government capitalizes on the march”he concluded. 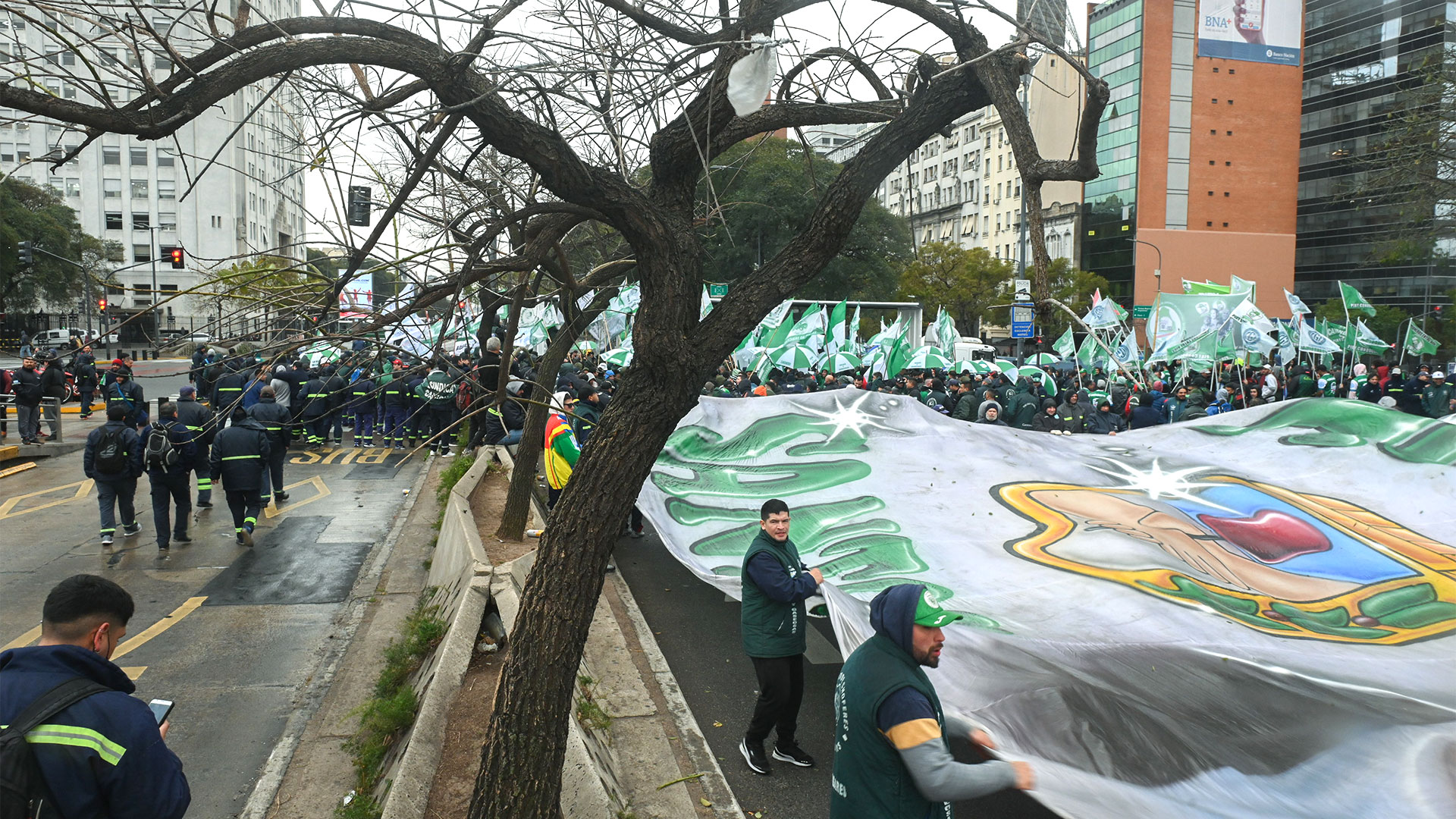 The march was called by the CGT, the CTA and other union spaces related to the national government

Tense moments were experienced this morning in a sector of the “Rolo de la 9 de Julio Sur”, on the rise of Avenida San Juan and Lima, due to a flag placed by the Truckers’ Guild over that place, which hindered visibility and put endanger motorists. 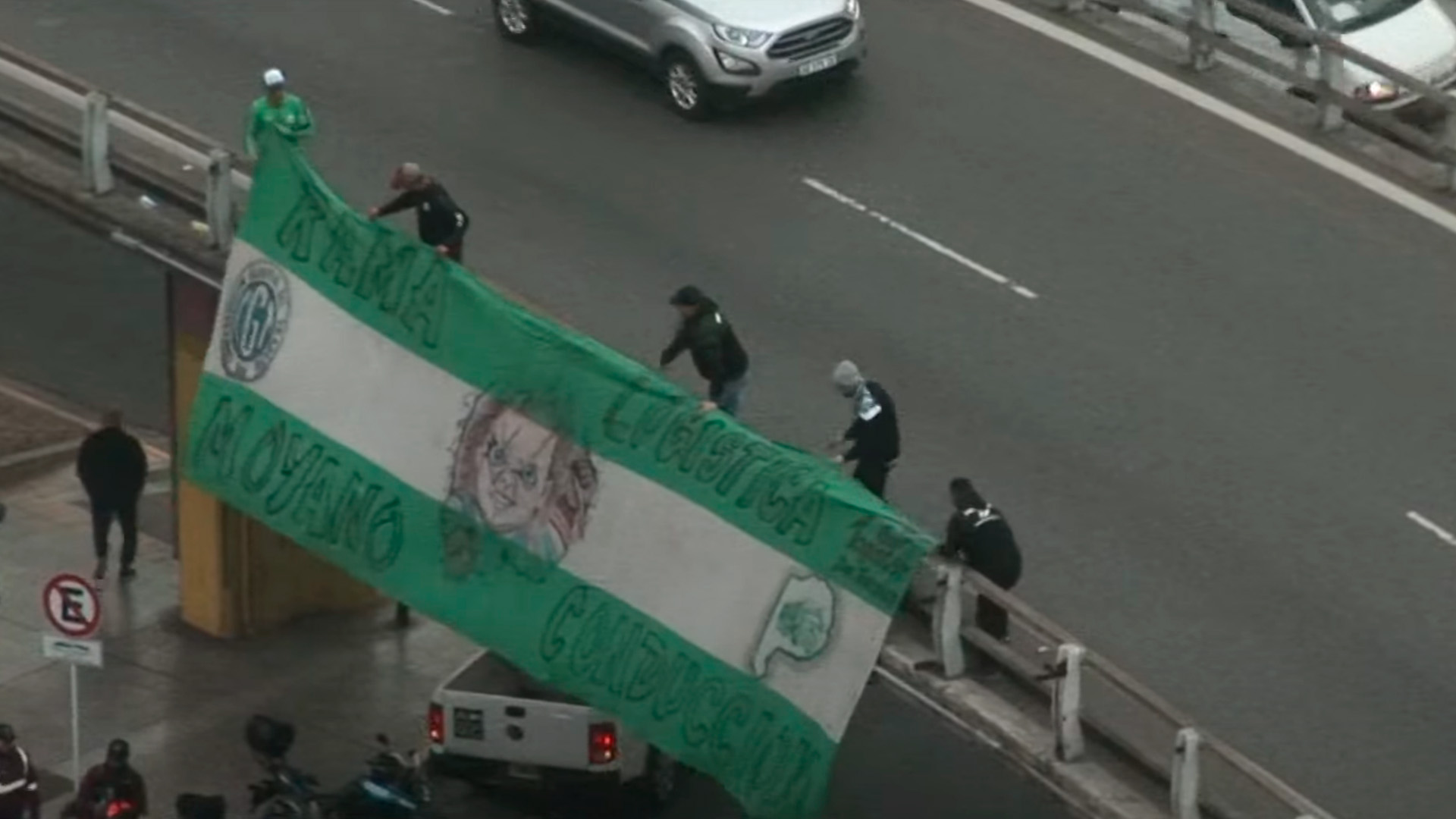 In the run-up to the march, the protesters hung a flag with the “green and white” colors representative of the guild, on the guardrail of the 25 de Mayo Highway. The police were present and an argument began that escalated. Some pushes and struggles were seen between the unionists and the troops

Finally, the Infantry Guard intervened and managed to persuade the trucker demonstrators who finally gave up their attitude and got off the highway. Then they mobilized with the flag unfurled from Avenida 9 de Julio and San Juan towards the Obelisk area shouting Wait Truckers!

The Minister of Justice and Security of the City, Marcelo D’Alessandro, blamed the national government for the marches that will take place today in downtown Buenos Aires and assured: “We cannot give answers with the police to the demands that are made to politics and the economy”.

“We need them to take charge of the situation and face it”he emphasized in statements to Radio The Network.

7:24 Map of the street protest 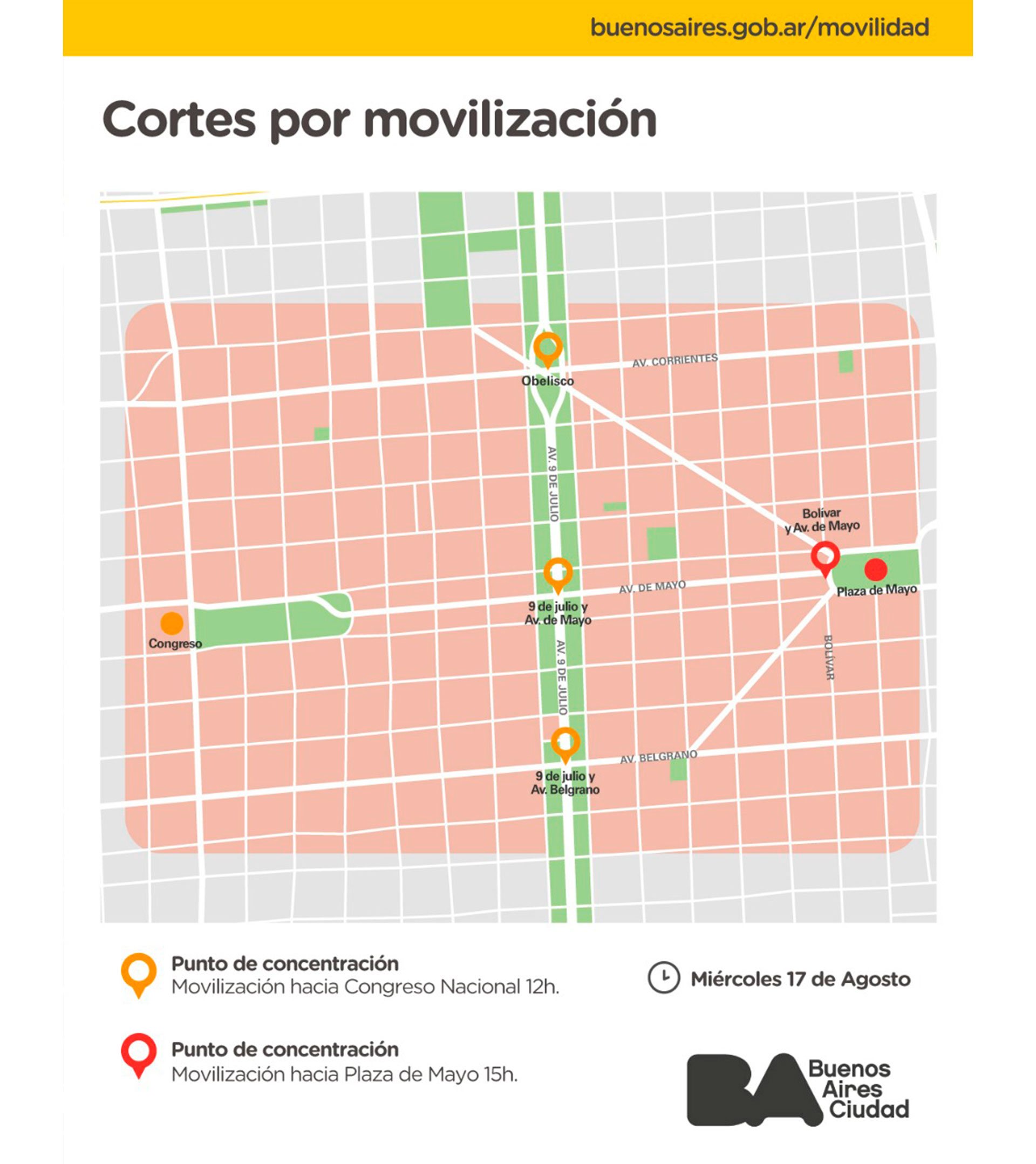 The CGT will march this afternoon against “intolerable inflation” and businessmen, but without protesting against the Government

Former Russian lawmaker says he is fighting alongside Ukrainian troops

US to announce new sanctions against Russia for Ukraine murders