In its second week of broadcast, the singing contest ‘The voice Kids’ continues to move -sometimes to tears- viewers who know the stories of each of the children who appear in the famous blind auditions. Minors with different lifestyles and from all over the country come to the diamond to try to convince Andres Cepeda, Kany Garcia and Nacho.

In the episode of Thursday, July 28, the arrival of two little sisters marked the chapter with a moment that reveals the innocence of those who arrive on that stage. Tamara and Mía, 9 and 7 years old, respectively, came hand in hand with their parents to appear on the program, since the whole family makes up a big band.

However, this time the minors wanted to try to appear individually to try their luck. In the moment of Mia, la menor performed the Spanish version of the song ‘Roar’ by Katy Perry; however, he couldn’t get any of the three celebrities to turn his chair around.

Mia spoke with the coaches and told them about her family, her sister – who did manage to enter the program – and the plans she had for the future with her musical career. Andrés Cepeda told him to return to the next edition of the program, because he would surely do much better, because he had chosen a very complicated song.. 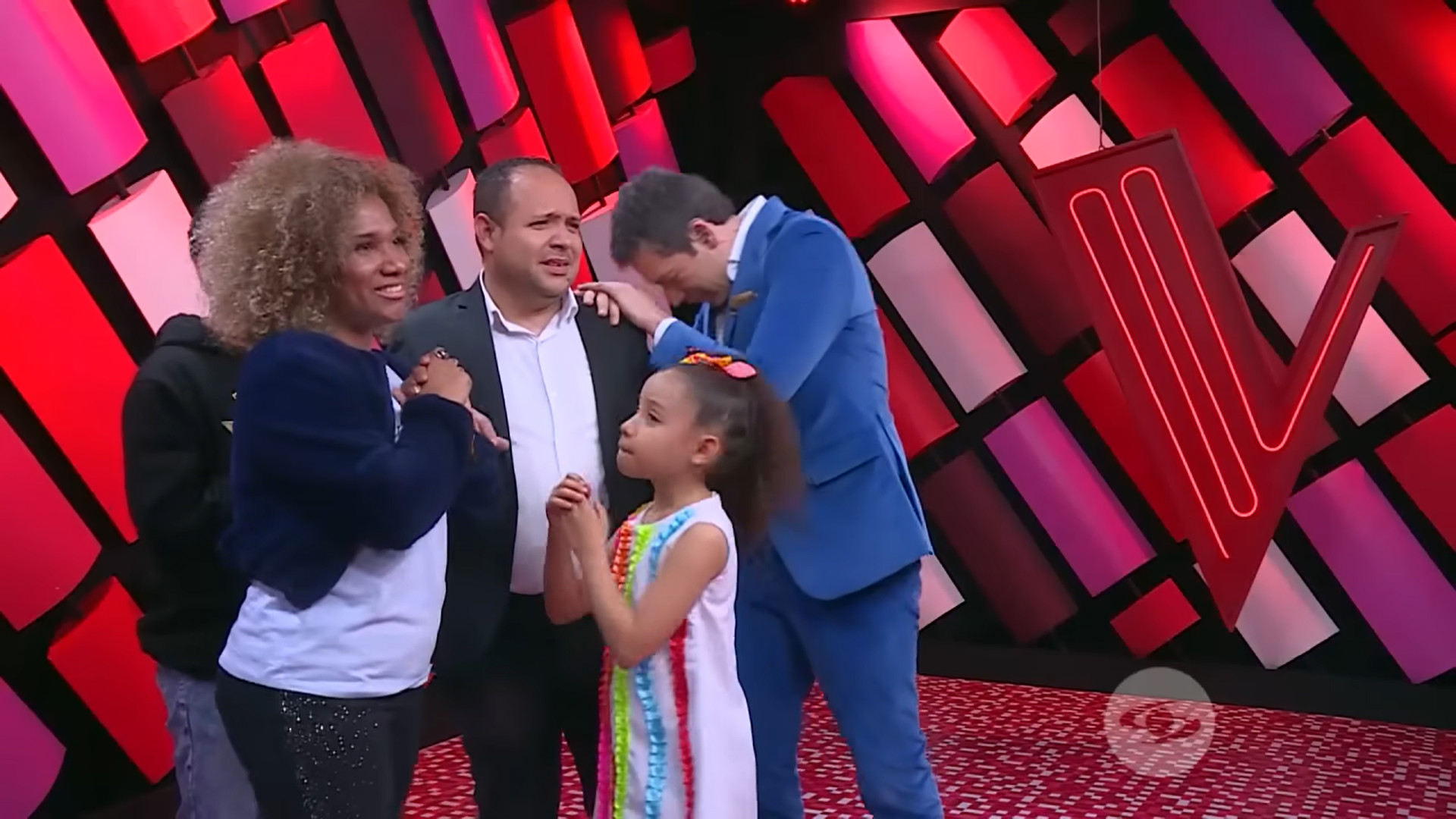 However, the minor did not leave the stage, therefore Nacho got up from his chair to escort her out of the diamond.. Mia did not let him come and said: “is that I already want to start choosing”, which generated a great impression among the public, his family and the coaches themselves.

“When you come back next year you can choose”, Nacho told her, but the minor insisted, “I want to choose now”. The situation caused discomfort among the celebrities, but they quickly knew how to provide a solution at the moment so that the under seven years old could fulfill her dream.

Kany García was in charge of proposing the idea, “choose one of the three and that person gives you a hug and lets you sit in his chair”. The youngest of her chose precisely the Puerto Rican artist and sat next to her to turn the famous red chair.

Finally, the famous accompanied her off stage; nevertheless, Mía still believed that she had gone on the program and that she would now be with Kany García. “What is the innocence of children and enjoy the moment no matter what,” concluded Andrés Cepeda moved. 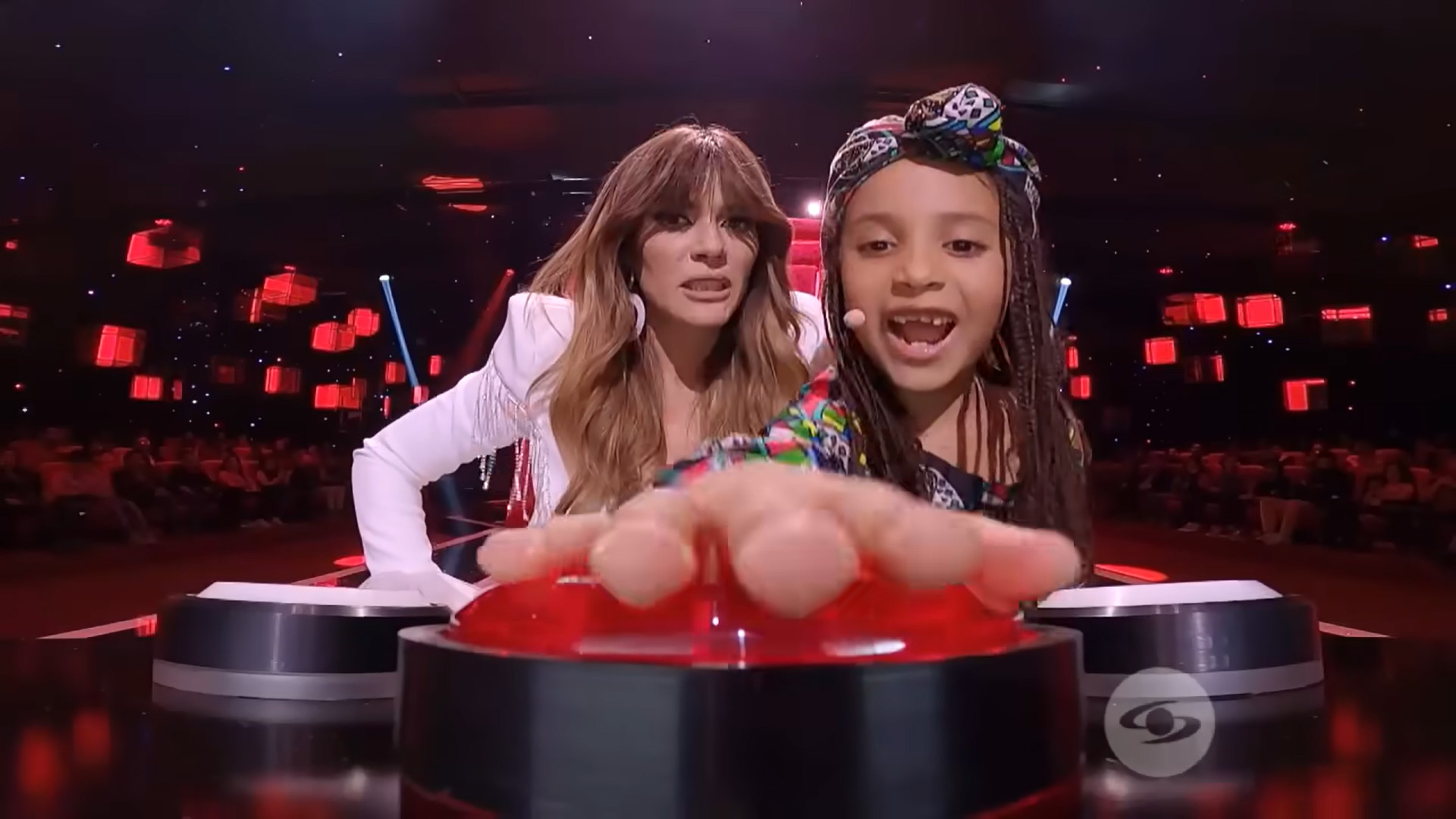 For her part, Tamara sang a song from her favorite Disney princess movie, Pocahontas. She managed to get the three artists to turn their chairs so that she could be part of their teams and they emphasized that the youngest liked the musical theatresince it gave life to the song.

When he had to choose his coach, Tamara highlighted the work of Nacho and Kany García, but pointed out that she wanted to be on Andrés Cepeda’s team. When the artist approached to hug her, the younger she revealed the reason why she had chosen him.

Tamara suffers from a slight stutter, for which he has received ridicule from his schoolmates and asked Cepeda, “How did you overcome your fear when you stuttered?” The artist, surprised, crouched down and replied to the minor that “it was very difficult, when he was little he had a very stutter and singing it started to happen to mesometimes when I am very nervous it shows, ”revealed Cepeda.

These words surprised the other coaches who did not know that the Colombian had had this problem, but Cepeda stressed that it is something that can be overcome and congratulated Tamara because she knows how to handle it very well..

Not all news on the site expresses the point of view of the site, but we transmit this news automatically and translate it through programmatic technology on the site and not from a human editor.
Sara Adm2022-07-29
192
Facebook Twitter LinkedIn Pinterest WhatsApp

Grammy Awards 2023: “Harry’s House” by Harry Styles took the award for Best Album of the Year