The Apertura reach the home stretch in Peru, and there have been wildly mixed results for the teams that have been able to take part in the Copa Sudamericana and Copa Libertadores since the start of the season.

At the top of the table sit Sport Huancayo, one point ahead and one game down, they are a team from the Junín region in central Peru, just over 3,000 meters above sea level. With no continental football to play this season, they have been fully focused on the league, while finally having their home advantage to build on.

Alianza Atletico remains in the hunt, from northern Peru in the town of Sullana to Piura. They came close to relegation last season, as did Binacional from the south, in the town of Juliaca in the Puno region, close to the floating islands of Lake Titicaca.

These two teams, as well as Huancayo, benefited greatly from the return to a national league, rather than the two close seasons where all games were played in Lima. Sullana is known for its roasting heat, while Juliaca sits almost 4,000 meters above sea level and, like Huancayo, is difficult for opposing camps.

Players from these teams had to acclimatise, so at the start of the season the advantage was much slimmer, although all three also showed their abilities away from home.

What proved to be a huge challenge for eight of last season’s teams was continental football.

Copa Libertadores sides Sporting Cristal and Alianza Lima have had a slow start in domestic football. The two rotated their sides regularly.

Cristal’s struggles centered on the disappointing recruitment of striker John Jairo Mosquera who was brought in from the Bolivian Primera and whose contract has already been terminated. Cristal also brought in Peru international Yoshimar Yotun on a short-term deal to help with the Libertadores’ performances, but sadly they once again look destined for bottom place in the group with two games left to play.

A number of other midfield and attacking midfield players were also added which gave them plenty of options, maybe too many.

It has affected the form and development of some of the exciting young players they have.

Alianza Lima also made a number of transfers which again overran some positioning areas and neglected others.

The big-money signing of Cristian Benavente is still in the works, although Pablo Lavanderia has been a particular hit.

Carlos Bustos, the manager, abandoned his 5-3-2 formation and switched to a back four, although it took time and those changes came late in the group stages of the Copa Libertadores. 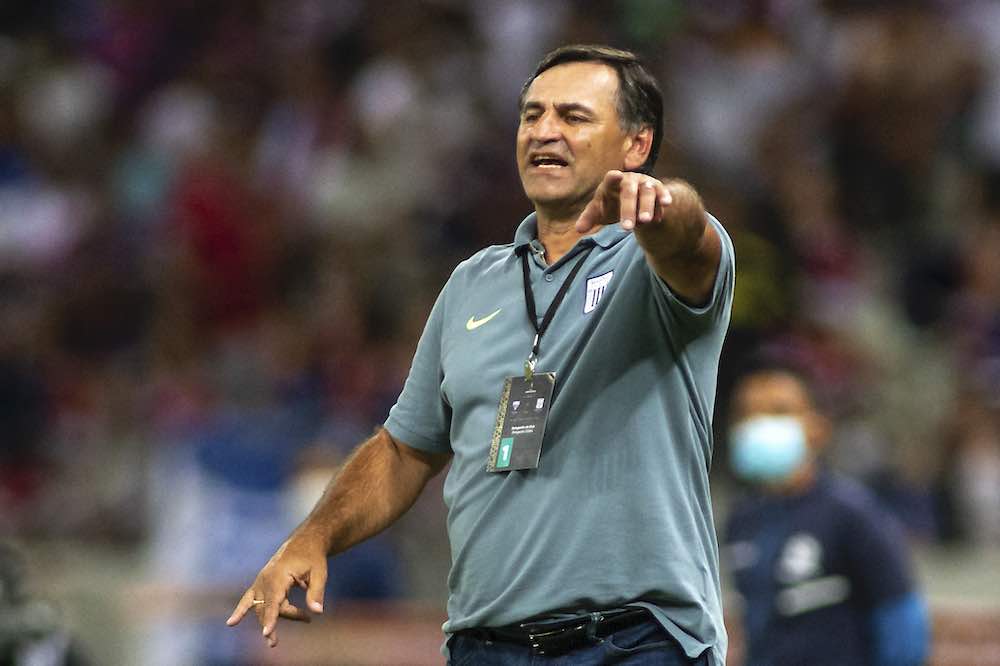 Alianza remain three points behind Fortaleza in their group and will need a victory over the Brazilians to have any hope of reaching third place for Copa Sudamericana qualification. Mathematically, it is always possible, even if the realistic vision is not that of confidence.

Both of these teams added what they saw as quality in the hopes of finally achieving some slight success in the competition. Although unfortunately from a Peruvian point of view, he failed again.

Universitario and Cesar Vallejo both fell in the qualifying rounds of the Libertadores and the former continues to perform well in the league and was lucky – with refereeing – to end up with a men’s advantage on several occasions.

Cesar Vallejo has started to improve after a slow start. They are tough to beat but struggled to score early in the season. Yorleys Mena’s return to the front gave them reason to be positive about the Clausura.

For Ayacucho, they put in some great performances in their Copa Sudamericana return, even if it came at the expense of their league form. Christain Tachera has been an exciting signing and one of the best foreign players in the league, although Ayacucho has only won the league three times in 13 games and is in 14and place.

The Sport Boys went through three managers and brought in a wide array of signings to try to reach the Sudamericana group stages, but were knocked out in qualifying by Ayacucho.

The two teams that seem to have handled this the best are Cienciano and Melgar. Cienciano saw his squad decimated after strong performances earned several key players moves abroad or bigger deals at other clubs. They have however recruited well and are the league’s top scorers with 23 and have the second best defence, conceding just 11 out of 12 games.

Melgar once again proves that a thoughtful plan and philosophy can help prepare and grow while competing as one of the best teams in the league.

They top their group in the Sudamericana with three wins and one loss, tied with Argentinian Racing Club. Their opener loss to Cuiabá will go down as a frustrating game they should have won with their first-half dominance.

In the league they are currently second, one point off the top, and their home and away success is down to two key factors.

Their recruitment is based on specific needs. They’re not one to bring in players just because they’re available, they bring in those who fit their system’s needs. Melgar signed two central midfielders who added depth and quality to positions that were thin.

Their philosophy and style of play ranges from academy to first team. Especially in defensive areas, young players can break into the first team without the preparation worries of other managers.

It’s a huge concern at other clubs, although at Melgar players like Matías Lazo can step into the first team without fear. It’s something that may be common in most countries, but this style of club management is rare in Peru, and it’s something others should consider to improve their long-term future.

Melgar remains Peru’s brightest hope in continental competitions, and a tough trip to Argentina awaits them to see if they can top their group and qualify for the knockout stages.

Finances clearly play a huge role in this; some teams simply don’t have the funds to grow their academies. This is something that the Peruvian Football Federation must take into account when trying to support and develop the national game and raise the level of a league which, with few exceptions, is still far behind in America. from South.

Not all news on the site expresses the point of view of the site, but we transmit this news automatically and translate it through programmatic technology on the site and not from a human editor.
goodwordnewsMay 12, 2022Last Updated: May 12, 2022
182
Facebook Twitter LinkedIn Pinterest WhatsApp