Matt Targett is due to undergo a medical on Wednesday afternoon, ahead of a permanent move to Newcastle, according to Sky Sports News.

The 26-year-old has played every minute of the 16 Premier League games he has played since joining on January 31, helping lead the club away from the relegation picture and finish 11th, with five clean sheets along the way .

Eddie Howe says Matt Targett is an integral part of his team and will sit down with him after Sunday and discuss his future at Newcastle.

Newcastle have agreed a deal to make the move permanent for just £12m and are expected to do so in the coming days.

Following the Magpies’ 2-0 win over Arsenal on May 16, the former England U21 international appeared to express his interest in joining the club on a permanent basis, when speaking to NUTV.

He said: “I think everyone knows what I want, but it’s up to the club. It’s a huge project, an exciting project, and I’m sure everyone wants to be part of it.

What should Newcastle do this summer?

Not the “revolution people expect”, according to Eddie Howe. Hardly a glowing review of Newcastle’s prospective transfer policy this summer, no matter how pragmatic.

Financial fair play (FFP) will ban Newcastle from lavish splurging in the coming window, despite now being one of the wealthiest clubs in world football. They spent over £90million in January alone. 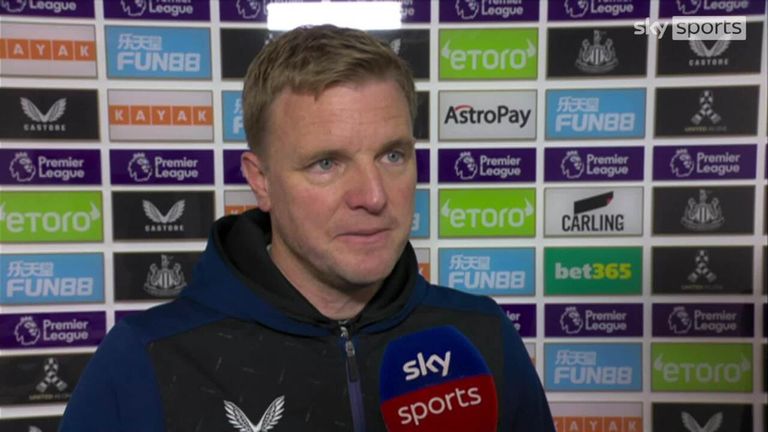 Newcastle manager Eddie Howe says the club need to improve in all departments over the summer to ensure they come back stronger next season.

It’s clear that a goalkeeper is at the top of the list, with good options in Man Utd’s Dean Henderson or Chelsea’s Kepa Arrizabalaga. There’s also a dispute over attacking options – with Chris Wood yet to find his goalscoring boots and Callum Wilson finding both form and fitness hard to come by.

Rebuilding the squad over time and developing existing talent, plus a few nifty additions should provide Newcastle with enough clout to compete at the right end of the table. Certainly, anything less than the top half would be commensurate with next season’s spending. Howe’s focus on “smart moves” rather than a reckless spending spree should serve the club well in the long run, however.

Climate change could turn drought-prone parts of California into a ‘vast inland sea’ due to mega-flooding, study finds