The misleadingly named Curbing Inflation Act would impose an alternative minimum tax on companies making more than $1 billion in financial profits. It levies a 15% tax on income from financial accounts, the kind that is reported to investors in companies’ quarterly and annual returns.

Amazon’s tax bills were part of the inspiration for a minimum tax. The company was not subject to federal corporate income tax in 2017 and 2018. In the years that followed, it had an effective tax rate that is only a fraction of the 21% rate put in place by the Trump administration’s tax reforms. According to calculations by Matthew Gardner of the Institute on Taxation and Economic Policy, over the past four years, Amazon’s overall effective tax rate was just 5.1%.

Last year, President Joe Biden pointed to Amazon’s ability to avoid paying more taxes, saying it was “simply wrong” that such a profitable company could pay so little. Sen. Elizabeth Warren (D-MA) has made Amazon her personal tax pinata, frequently saying the company should be required to pay significantly more taxes. When Sens. Warren, Ron Wyden (D-OR) and Angus King (I-ME) proposed a similar minimum tax of 15% last year, they specifically said they were targeting Amazon.

The day Sen. Joe Manchin (D-WV) announced he had reached a deal with Majority Leader Chuck Schumer (D-NY) to raise taxes and increase spending on pork against climate change, Amazon shares were trading around $121. On Wednesday, they closed above $134, a 10% gain in less than a week. Amazon reported earnings that beat Wall Street expectations this week, which explains the jump. But investors don’t appear to be worried that Amazon will soon be faced with a tax bill three times larger than in recent years. 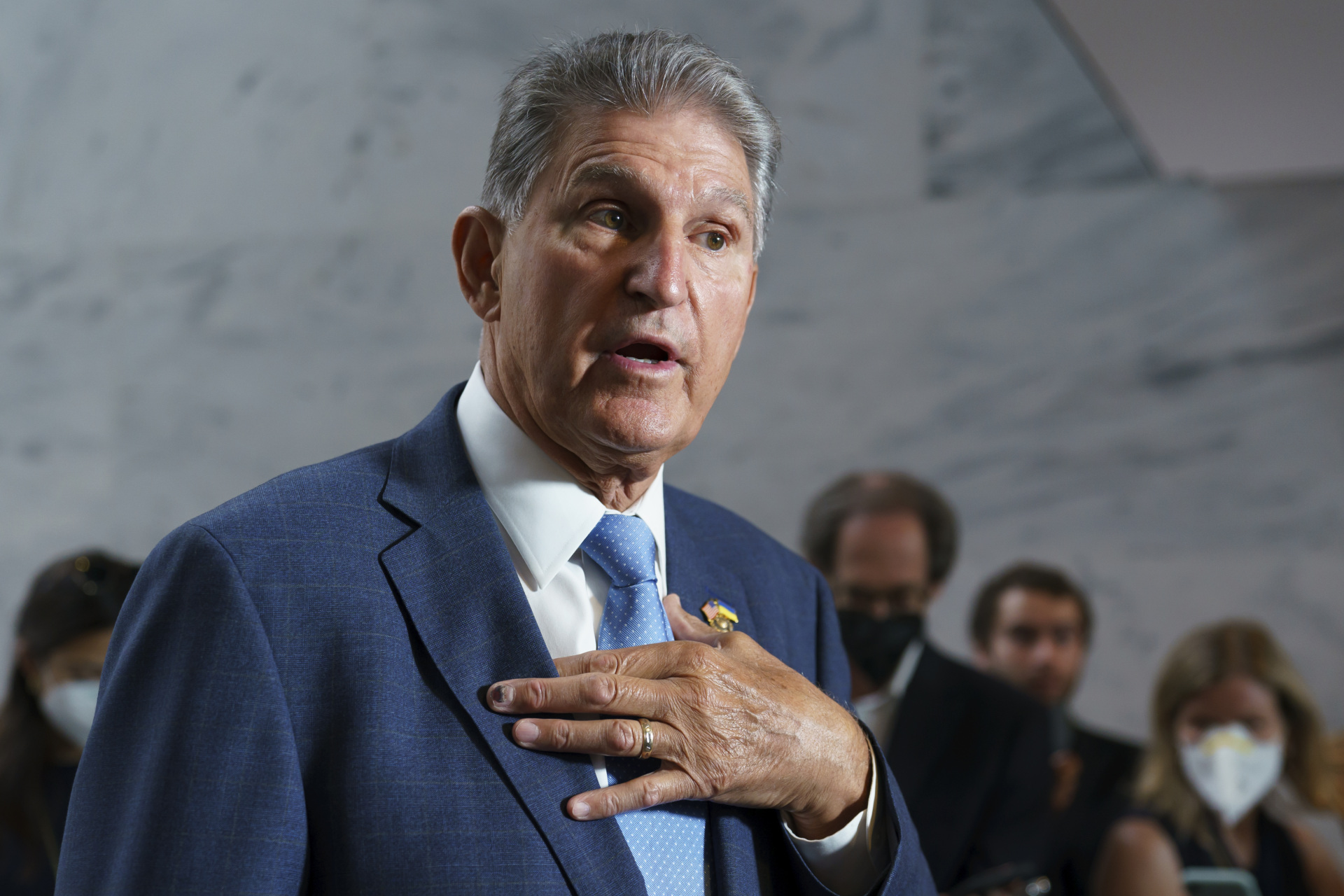 There’s a good reason for that. While the alternative minimum tax would prevent companies from using deductions for capital investments or stock-based compensation, it still allows them to use tax credits, Daniel Bunn of the Tax Foundation. In fact, the bill includes hundreds of billions of dollars in new tax credits aimed at encouraging the adoption of green technologies. And Amazon is playing dumb when it comes to using tax credits to lower its tax bill.

Jeff Bezo’s retail giant said in its annual report that the tax credits reduced taxes it would otherwise owe by $1.1 billion. The company said most of those tax credits are federal research and development credits, though it doesn’t give many details in its annual reports. The Manchin-Schumer tax bill would not touch that. Amazon will lose the benefit of stock-based compensation amortization, but the company will most likely at least partially offset this by using the green technology tax credits. The end result could be no change in Amazon’s tax rate.

It’s possible that Amazon’s tax rate will drop even if it aggressively takes advantage of climate change tax credits.

What is House Speaker Nancy Pelosi doing in Taiwan? That’s one of the mysteries investors grappled with on Tuesday. While we certainly shouldn’t let the Communist regime in China dictate which of our politicians are allowed to visit Taiwan, it’s unclear what the purpose of Pelosi was as the first Speaker of the House in 25 years to set foot on Taiwan. ‘island. We admire the scarcity of displays of backbone from a US official even if the motivation is unclear. What does Madam President hope her visit will accomplish? 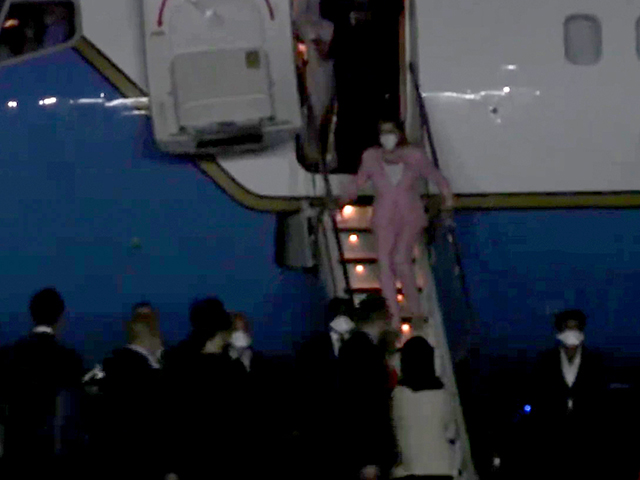 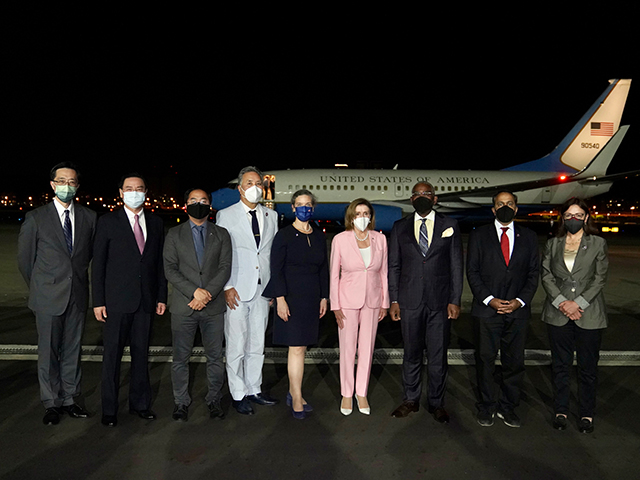 China threatened “serious consequences” in response to Pelosi’s visit. The choice of these words is not accidental. They echoed a threat made by the United States against China almost 30 years ago.

here is the Washington PostDescription of meeting and threat:

On Thursday, March 7, 1996, in an elegant dining room overlooking the Potomac River, Secretary of Defense William J. Perry issued a threat – about as blunt as contemporary diplomacy – to go to war.

Hours earlier, the US Air Force’s RC-135 reconnaissance craft and cruiser USS Bunker Hill had watched three Chinese M-9 ballistic missiles as they were fired rapidly from China’s Huanan Mountains toward Taiwan. They splashed the shipping lanes adjacent to Taiwan’s two major seaports: first Kaohsiung to the south, then Chilung to the north, then south again to Kaohsiung.

Liu Huaqiu, a senior Chinese national security official, found a grim-faced Perry waiting for him when he arrived at a planned dinner that evening in the State Department’s eighth-floor Madison Room. In what one attendee called “a well-rehearsed minuet,” Perry informed Liu that there would be “serious consequences” if Chinese weapons hit Taiwan – words that have not been spoken with China since countries have established diplomatic relations and universally understood as a code for an army. answer. To emphasize, Secretary of State Warren Christopher and National Security Advisor Anthony Lake took turns repeating the formula.

China has not forgotten the threat of “serious consequences”. By using these words, China asserts that it is today in the position where the United States was 30 years ago. No one knows exactly what the consequences will be, but the threat was enough to disrupt global markets on Tuesday.

Not all news on the site expresses the point of view of the site, but we transmit this news automatically and translate it through programmatic technology on the site and not from a human editor.
William2022-08-03
Facebook Twitter LinkedIn Pinterest WhatsApp

The world is running out of helium, which worries doctors – NBC Chicago