Life finds a way, and so do robots, according to a group of scientists who claim the first living robotic life forms can reproduce.

In January 2020, a team of scientists from the University of Vermont, Tufts University and Harvard University took stem cells from African clawed frogs and turned them into tiny living creatures called xenobots. . The xenobots, which are less than 0.04 inches wide, were able to move around on their own, communicate with each other, and heal from an injury, making them the very first living robots.

But more than a year later, the computer-designed creatures began to do “something that has never been observed before.”

What the team of scientists found was that the xenobots would move around their environment and find individual cells. They would collect hundreds of these cells at a time, then assemble offspring in their mouths. A few days later, the offspring became a new xenobot that functioned like the others. The group published its findings in the peer-reviewed journal PNAS on Monday.

“It’s deep,” Michael Levin, director of the Allen Discovery Center at Tufts University and co-head of new research, said in a press release. “These cells have the genome of a frog, but, freed from becoming tadpoles, they use their collective intelligence, a plasticity, to do something amazing.” 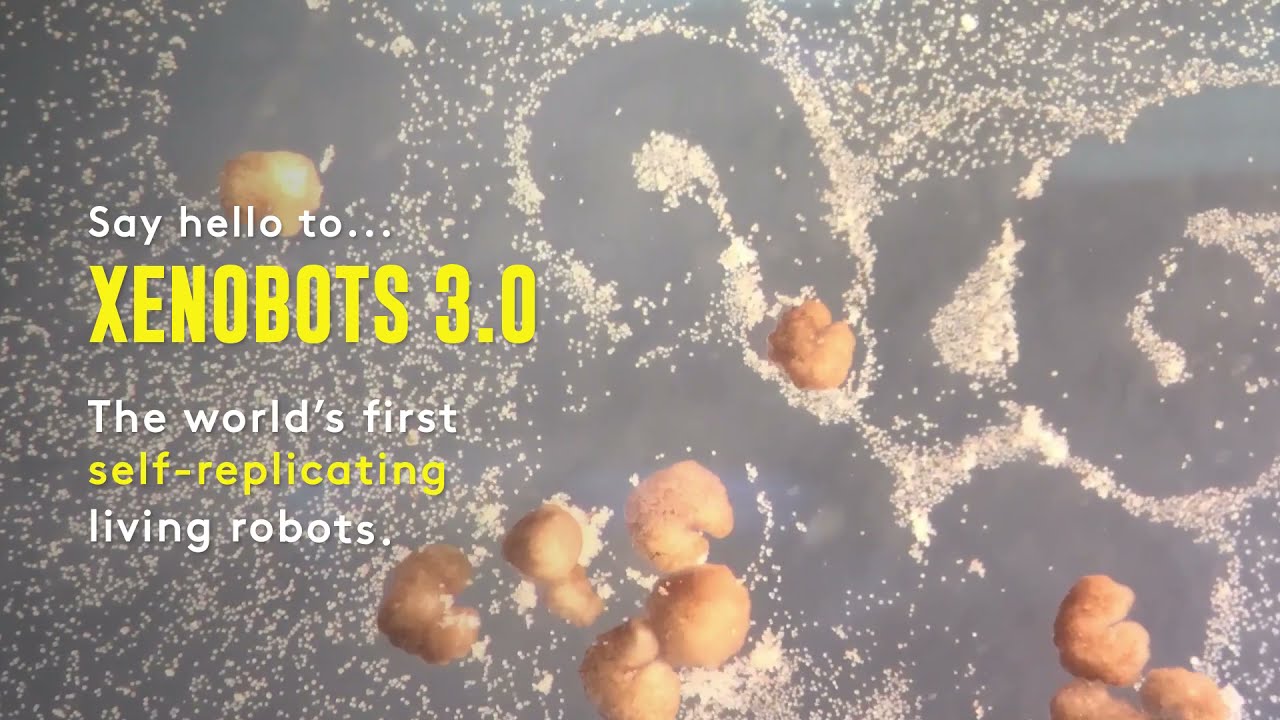 Sam Kriegman, a postdoctoral researcher at Tufts and Harvard and lead author of the study, said that what makes the discovery so remarkable are the xenobots reproduced in a way that most animals wouldn’t.

When the scientists created the xenobots, they took away all the characteristics of the frogs, which means that they cannot reproduce by creating tadpoles. The robots’ original design failed to replicate, so the group used artificial intelligence to help decide what would be the best design to replicate.

The best body shape ended up looking a lot like the iconic video game character, Pac-Man. When they took the form of Pac-Man and put him in a Petri dish, the breeding process began and was successful.

This process of reproduction, known as kinematic replication, is very common, but only in molecules.

“No animal or plant known to science replicates in this way,” Kriegman said.

While this may sound like the beginning of the plot of a “Terminator” movie, Joshua Bongard, computer scientist and robotics expert at the University of Vermont and co-author of the study, says there is not to fear that this could lead to the end of human civilization. Xenobots are small, only live in a lab, and can be easily killed.

Bongard said artificial intelligence capable of developing the ability of xenobots to reproduce can be beneficial for all the problems living creatures face, such as birth defects, disease and cancer.

“All of these different problems are there because we don’t know how to predict and control which groups of cells are going to build. Xenobots are a new platform to teach us.

“We found some walking Xenobots. We found some Xenobots swimming. And now in this study we have found Xenobots that are replicating kinematically. What else is there there? Said Bongard.

Not all news on the site expresses the point of view of the site, but we transmit this news automatically and translate it through programmatic technology on the site and not from a human editor.
remonNovember 30, 2021
Share
Facebook Twitter LinkedIn Tumblr Pinterest Reddit WhatsApp

9 mins ago
Back to top button
Close
Close