A young jockey who turned just 17 at the end of December will team up with one of the main contenders for Saturday’s SBK Lincoln Handicap in Doncaster, live on Sky Sports Racing.

Harry Davies rode his first winner just over two months ago but impressed Godolphin trainer Charlie Appleby enough to book him for Modern News in the first big handicap of the new Flat season.

“It’s an incredible opportunity,” said Davies, a former pony racing star who is widely tipped to be Apprentice Champion despite having only had 32 outings under the rules – including six winners.

The third of those came on Appleby’s Tranquil Night in a Kempton Park rookie stake in early February. “It was surreal to ride a winner in the famous blue silks so early in my career, but what came out of it was an unexpected bonus.”

His performance prompted the best coach in the world to promise him a date with fate on Town Moor.

“Mr Appleby told my agent he had a horse for the Lincoln that he would keep in mind and it all fell into place,” recalls Davies, who is clearly relishing the challenge of delivering the third Appleby’s victory at Lincoln in six races.

“I plan to get on Modern News in a job this week, just to get a feel for him and learn a bit more about his personality and characteristics. James Doyle, who beat him at Newmarket and finished third on him in a Listed Race in Dubai was very useful to me and I watched the videos of his previous races to learn as much as possible about him.

“He’s a horse that seems to travel strongly in his races and stays well. He likes a big gallop track like Doncaster, where he won as a three-year-old, so that seems like the ideal race.

“You need an up-and-coming group horse to win the Lincoln these days and he fits the bill perfectly.”

Despite his young age, Davies speaks with a maturity beyond his years and it’s no surprise he’s been singled out for stardom among those close to him. It’s a prediction that the son of former apprentice champion Stephen Davies won’t allow to become a burden, however.

“I haven’t even ridden the grass tracks yet but I’m eager to learn – I’m like a sponge – and I have plenty of time on my side to get to know the courses, the horses and those related to them.”

Davies is surrounded by a support mechanism that most young riders must envy. He is the latest starlet to emerge from Andrew Balding’s Kingsclere academy and works closely with jockey trainers George Baker and Michael Hills – both Classic-winning riders in their own right.

“Andrew and his wife Anna Lisa have been amazing,” he adds. “I’m very grateful to the boss for letting me ride Modern News because he has entries in the race himself. He’s been incredibly supportive of me.

“Every morning I ride there is an education. The place has an aura about it and isn’t considered an academy for no reason. David Probert, William Buick, Rob Hornby, Oisin Murphy – they all started the low.”

A two-time winner of the Charles Owen Racecourse Pony Racing series, Davies always planned to join Balding after school last year. He spent his summer holidays there on horseback.

“I was supposed to stay three weeks at Kingsclere one summer, but I was there for five and a half years. My mum barely saw me,” he smiles. “I was looking forward to going back after I finished my exams last summer. I even missed prom.”

Davies spends most of his Tuesdays on the Equicizer with his mentor Baker – “tweaking my style and trying to get cleaner and stronger in the saddle” – and analyzing all of his before and after rides with Newmarket-based Hills.

Mum is Hugo Palmer’s assistant, Angela Shea, who is married to his agent Phil Shea – “a father figure for most of my life and such an overwhelming support”. Both are big influences on his fledgling career.

“Growing up in Newmarket I always wanted to be a jockey and Mum dedicated every minute of her free time to helping me achieve my ambition,” says Davies, who gained valuable experience in the saddle with the Soham Pony Club when he was small. 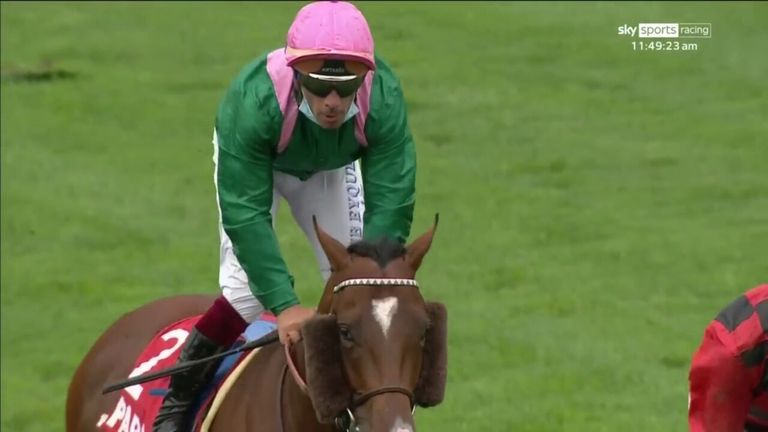 Jockey Jason Watson was happy to see Darkness drawn in stall 20 for Saturday’s competitive Lincoln Handicap and expects the ‘steep mile’ at Doncaster to suit the horse in his first start for trainer David O’ Meara.

“I loved show jumping, exhibitions and eventing, but I just wanted to go as fast as possible, so at the age of 10 I was racing ponies and started riding at Hugo at 11. I was so light – about four stone – I had to go out with a weight cloth and ran away every day but Hugo was great and gave me my first ride at Southwell in January .”

Davies cut his teeth on a pony called Freddie, a schoolmaster who helped launch the careers of Joey Haynes and Oliver Stammers before him. “He threw all kinds of shapes but taught me how to roll,” Davies recalled.

By the age of 14, Davies had become the national pony racing champion – a title he retained a year later thanks to his second pony Little Anne. “She was a chestnut mare – a little rocket who loved soft ground. I rode around 40 winners on the pony circuit which was a great base.”

Now, less than two years later, Davies has the chance to emulate the success of another 7-pound contender, Benoit de la Sayette, who won Lincoln last year over Haqeeqy from John and Thady Gosden. “It’s such a boost for me to ride a top horse in the first big race of the season in front of a huge crowd on Saturday,” he adds.

“To win such a big race at this stage would be incredible, but I know how competitive it is. I go into this race fully prepared to give my best and do my best to thank Mr Appleby for faith in me.has put in me.I hope it goes well for me.

Not all news on the site expresses the point of view of the site, but we transmit this news automatically and translate it through programmatic technology on the site and not from a human editor.
Eleon2022-03-24
Facebook Twitter LinkedIn Pinterest WhatsApp

Why Queensland discovered a red diamond at Seru Uru

Where will Anthony Joshua vs Oleksandr Usyk take place? Eddie Hearn reveals ‘five offers’ from venues around the world to stage rematch, but promoter hopes to stage title fight in UK