Lewis Hamilton says being lapped by Max Verstappen at the Emilia-Romagna GP “shows how wrong” Mercedes have been with their new 2022 car, while team boss Toto Wolff, said the team still doesn’t know the solution but is open to the possibility that the concept “just doesn’t work”.

Hamilton and Mercedes’ surprising and startling start to the season got even worse last weekend as the seven-time champion scored no points in the two races at Imola, battling for the top 10.

Rubbing salt in the wound, Hamilton was overtaken by Verstappen, Sunday’s winner and the driver he disputed for the title last year.

Asked by F1 about being overtaken while running 14th, Hamilton said: “It shows how wrong we were.”

The big rule changes of 2022 meant an all-new car design, although Mercedes, on a record streak of eight consecutive constructors’ titles, had to pull off the redesign and race at the front. 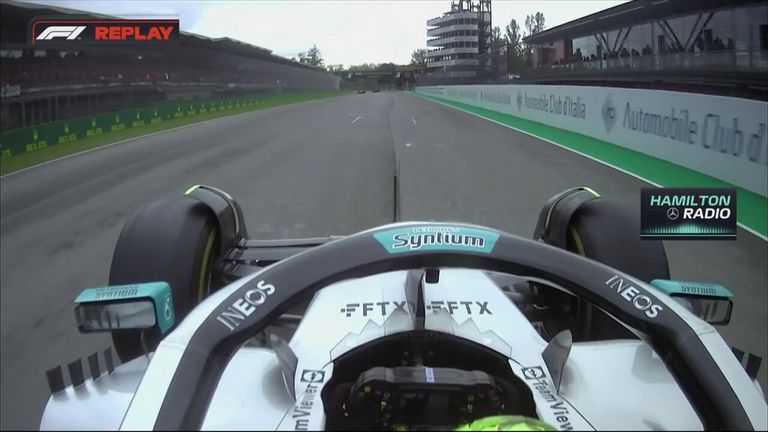 But while the team’s design was hailed as innovative in pre-season testing, it has yet to convert to competitive lap times and they were around a second per lap slower than Red Bull and Ferrari, while suffering from “porpoising”. – the rebound effect along straight lines.

Speaking to reporters, Hamilton referred to comments he made during testing in Bahrain when responding to a question about Mercedes potentially not challenging for the title, insisting that they “do not make mistakes”.

Having now ruled himself out of the Championship, Hamilton said: “I was asked a question… ‘what happens if you get it wrong?’ And I said, ‘Well, we don’t do that, we make no mistake, we are world champions.’ 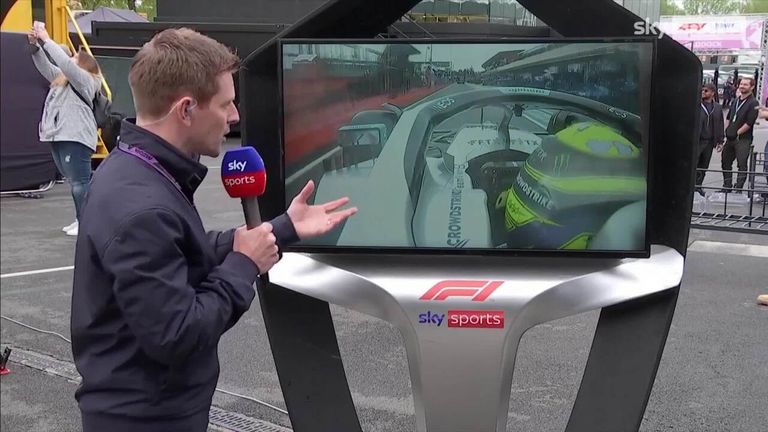 “But the thing is, with all the possibilities we can have.”

Hamilton is seventh in the championship and already 58 points behind leader Charles Leclerc after four races, while Mercedes are third in the team standings behind Ferrari and Red Bull.

Wolff sorry for Hamilton, opens up on Merc’s design dilemma

Speaking after Sunday’s race, Mercedes team principal Wolff said Hamilton, who has won six of his seven titles with the Silver Arrows, “deserves better from us”.

“This guy is the best rider in the world and he just doesn’t have the machine and equipment under him to be able to perform,” added Wolff, despite George Russell finishing fourth in the Emilia-Romagna GP.

Mercedes’ main problem this year with the new ground effects cars has been their porpoising – with the rebound far more violent than any other team and costing them crucial lap time. 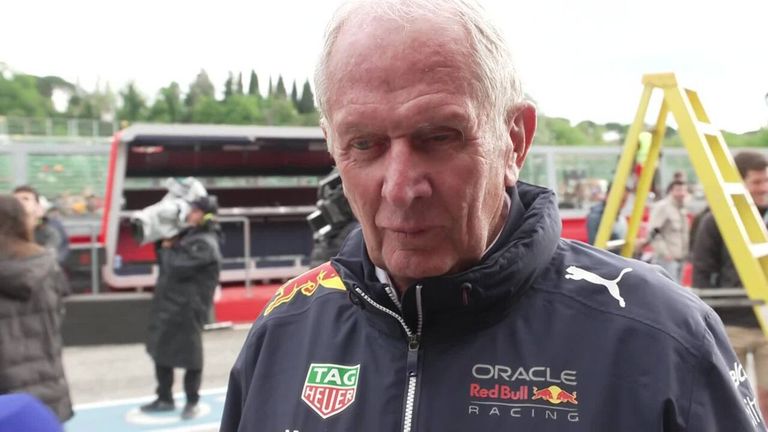 “We strongly believe that the signs we are installing at the moment will help us roll the car lower, where we think we have all the aerodynamic qualities,” explained Wolff. “But we couldn’t unlock it because of the hollowness of the car.

“If we finally manage to get the upper hand, it means there’s quite a bit of lap time we can find. Otherwise…we have to have another idea.”

Wolff also admitted for the first time that he was open to the possibility that the concept car was flawed – while also stating that Mercedes did not yet know how to fix their car. 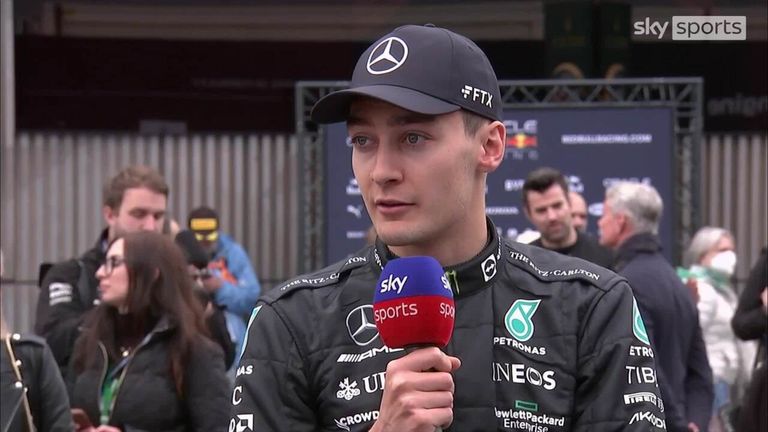 “It’s a valid point. [that the design concept may be wrong]”, Wolff said. “All good and bad happens mostly on the ground as it stands now.

“We have some interesting ideas and concepts that we are trying and exploring and that need to find their way into the car in the next races. I would say there is no wrong concept.

“But is there any part of what we’ve done that just doesn’t work with the regulations? And what is it?

“You don’t have to throw the bright side. But if there are fundamental areas that don’t allow us to unlock the potential that we think is in the car, then obviously yes, you have to cut your losses.” 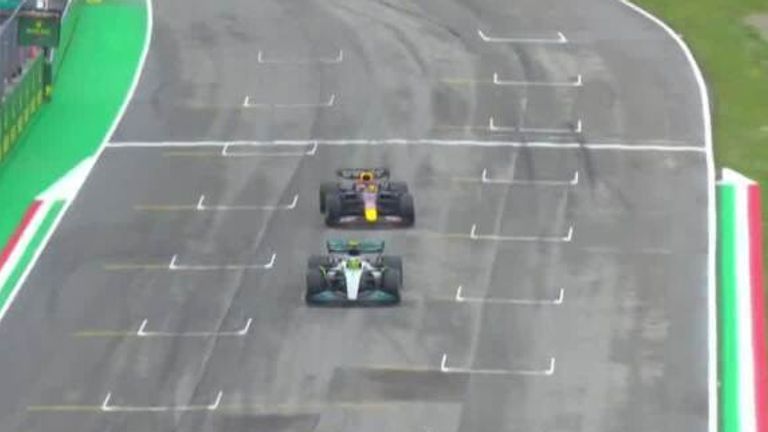 Asked again about Mercedes “cutting its losses”, Wolff refused to go down such a road.

“That would mean you would say, where is the baseline now? Is there a new baseline that we think we can unlock more potential on?

“If we had thought that, we would have done it five months ago.

“We think that’s the development that we have to take. It’s quite a tricky exercise to do…before we make such a decision, we really have to continue in the science and continue to find out what is [the problem]. Only then can you say cut your losses and move on to next year if you realize where you went wrong. And right now, we just don’t. Not yet.”

Hamilton: the W13 is not my worst car | “It will only make us stronger”

Hamilton also said Mercedes had not yet “deregistered” his car.

“I can’t say if the concept is faulty, I’m not an aerodynamicist,” said F1’s most successful driver.

“At some point we’ll understand better if that’s the case. Maybe all of a sudden we’ll fix the rebound and that will unlock the potential.

“It’s hard to cancel it anytime soon as everyone is still working on it. Hopefully it will come to light soon, however it turns out, and then we can start focusing on the solution. , because we haven’t found the solution yet.”

The Englishman, however, insisted it was not the lowest point of his career and he had in fact had tougher cars.

“There are people who look and say I’ve never had a bad car,” Hamilton said.

“This car is currently not far from that experience, but I think it has a lot of potential. Just like this car. We finally fixed it and got back into the game and I have the utmost confidence that my team can do it too.”

He continued: “At first it’s frustrating because you see those points, go away, and you want to be in that fight…but when you’re struggling to get into the top 10, the sooner you can accept the reality that you are facing, the sooner you can shift that energy, that tension, into positive effort.

“These things are sent to try us and it will only make us stronger, however painful that may be.”

Not all news on the site expresses the point of view of the site, but we transmit this news automatically and translate it through programmatic technology on the site and not from a human editor.
Eleon2022-04-26
203
Facebook Twitter LinkedIn Pinterest WhatsApp