The Biden administration’s failures to adequately handle the monkeypox outbreak have drawn criticism from lawmakers of various political persuasions.

Last week, the World Health Organization (WHO) declared a global emergency over monkeypox, which appears to primarily affect men who have sex with men in the United States. On Friday, the Centers for Disease Control (CDC) cited 2,600 confirmed cases, which may not accurately reflect the severity of the situation due to a lack of testing.

As CNN recently reported, the US Department of Health and Human Services said “the number of doses of monkeypox vaccine distributed in the United States has more than tripled since last week,” but the he Biden administration’s supply continued to fall short of demand. . Last week, up to 132,000 doses of the two-dose Jynneos vaccine were distributed across the country, far from enough to meet current demand.

According the hilllawmakers on both sides of the aisle have since appealed to the Secretary of Health and Human Services Xavier Becerra to present a more detailed plan for how the administration plans to handle the outbreak. Sen. Richard Burr (R-NC) called the administration’s response “disturbing” in a letter to Becerra.

“The administration has the necessary tools and powers to combat these threats. Your inability to act is a threat to public health, and especially to gay and bisexual men who are most at risk,” Burr wrote. “The government failed this population at the start of the HIV/AIDS epidemic, we must not fail them again.

“This would make available a number of authorities to expedite the federal response and tap into additional resources to procure vaccines and distribute them quickly across the country,” they wrote.

Last Thursday, HHS simply released a fact sheet on the administration’s response to the monkeypox crisis without giving any indication of any future briefings.

“Over the next few days and weeks, HHS will continue to strengthen and accelerate its strategy for combating monkeypox and work closely with public health officials and stakeholders in high-risk communities to provide vaccines, testing and treatment to communities across the country,” the department says.

The department also said monkeypox tests have steadily increased to 80,000 per week.

At a Friday press briefing, the White House said it would seek to expand access to vaccines and antivirals while the coronavirus response coordinator Ashish Jha addressed some of the lawmakers’ concerns.

“We have used all the resources at our disposal since the early days of this outbreak,” Jha said.

Jha noted that more than 300,000 doses of vaccines have been shipped and many more doses are expected to arrive from Denmark within weeks. 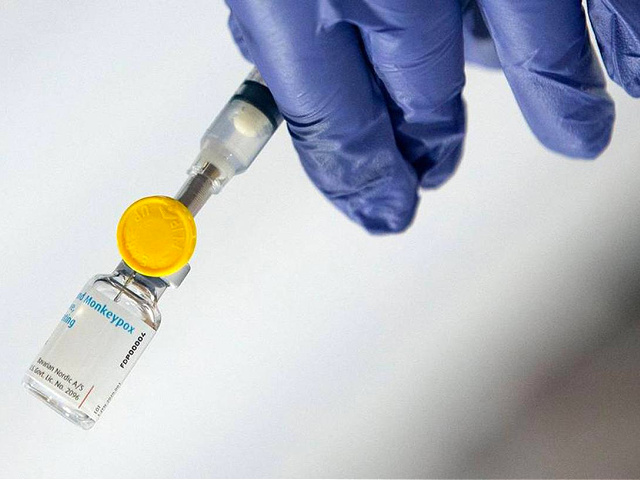 “The CDC and the FDA have worked very hard to streamline this treatment access process to make it easier for clinicians to order it…get it for their patients. It’s a work in progress, but it’s going to keep accelerating,” Jha said.

Jha also said the White House is discussing whether or not to declare a public health emergency.

“We are looking at that, looking at what are the ways in which the response could be improved, if necessary, by declaring a public health emergency,” he said. “I think with public health emergencies, it’s always important to ask very specific questions about what exactly would allow us to do things differently than what we’re doing now. And would that facilitate the ability to respond to this outbreak? So I will just say that there is no final decision on this that I know of.

Not all news on the site expresses the point of view of the site, but we transmit this news automatically and translate it through programmatic technology on the site and not from a human editor.
William2022-07-25
204
Facebook Twitter LinkedIn Pinterest WhatsApp

Sympathy not for cops to give, says Himanta Sarma on crackdown on child marriage in Assam

Rescuers work to save earthquake survivors