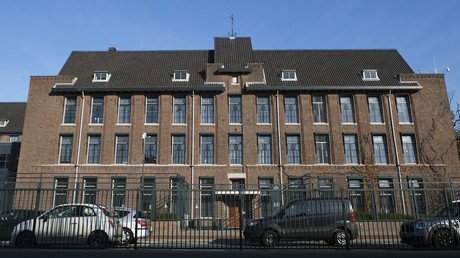 Jack Smith, prosecutor of the tribunal for Kosovo, denounced “a small but powerful group of people” who try to obstruct the investigations, in particular by putting pressure on witnesses, while two new trials have just started.

Is the Special Tribunal for Kosovo (KSC) in the best conditions to carry out its investigative work into alleged crimes committed by the KLA – a Kosovo Albanian independentist paramilitary organization classified until the end of the 1990s as terrorist by the United States – during the conflict with Serbia from March 1998 to June 1999?

In any case, this is not what Jack Smith, prosecutor of this Kosovo court made up of international judges and based in The Hague, suggested in a statement released on October 16, who questioned the ability to the institution to best protect people wishing to testify there, they are regularly subjected to pressure and threats.

According to the prosecutor: “There is a small but powerful group of people in Kosovo who do not want this Court to exist and who would do anything to undermine [sa légitimité], in a futile attempt to safeguard a distorted portrayal of the facts that no KLA soldier committed a crime during the war. “

Jack Smith made the statement on Oct. 7, the statement said, at the opening of the trial of Hysni Gucati and Nasim Haradinaj, two senior officials of a KLA veterans organization. They are accused of intimidating witnesses.

For the prosecutor, the two men belong to this group which seeks to obstruct justice. According to him, They “denigrate anyone cooperating” with the KSC, calling them “spies”, “collaborators” and “traitors”. The prosecution is expected to begin presenting its evidence on October 18.

Jack Smith also denounced the “climate of witness intimidation and interference with procedures that exist in criminal cases against former members of the KLA”. “This climate has worked in the past to prevent witnesses from coming to court and saying what they know about KLA crimes. […] The defendants know this story well and were hoping to use the same strategy here to intimidate witnesses as it had worked in the past, ”he added.

Created in 2015, the KSC took several years to indict senior KLA officials in place during the conflict. After Ramush Haradinaj, who then claimed to be Prime Minister of Kosovo, in July 2019, the self-proclaimed president of the region, Hashim Thaçi, resigned on November 5, 2020, after being indicted by the KSC following charges of war crimes and against humanity that weighs against him.

Hashim Thaçi is accused by the special tribunal of “crimes against humanity and war crimes, including murder, enforced disappearance of persons, persecution and torture”. He said he was ready at the time of his indictment to “collaborate closely with the justice system”.

The KSC has also launched several proceedings against other representatives such as Kadri Veseli, former head of intelligence of the KLA and current president of the Democratic Party of Kosovo (former political branch of the KLA), whose founder is none other than ‘Hashim Thaçi, but also against Jakup Krasniqi, a former KLA spokesperson, who was arrested in Pristina and transferred to The Hague in November 2020.

At the end of September 2020, a former KLA commander, Salih Mustafa, had been the first suspect to appear before the special court on charges of murder and torture. Adjourned, his trial will resume on November 2 at 9:30 a.m.

The Kosovo war claimed more than 13,500 lives and ended in a 78-day NATO bombing campaign on Serbia – without UN backing – forcing the Serbian army to pull out of the country. the region to hand over administration to the Kosovo Force (KFOR).

Kosovo, which unilaterally declared its independence in 2008, is recognized by the United States and many Western countries, but not by Serbia, Russia, China, India or Spain.

Not all news on the site expresses the point of view of the site, but we transmit this news automatically and translate it through programmatic technology on the site and not from a human editor.
Facebook
Messenger
WhatsApp
Twitter
Google+
Posted by Eleon In world Last Modified 2 months ago 2 months ago