Less than a week after its discovery, Justice seeks to elucidate the keys to the femicide of Susana Caceresthe murdered woman whose body was found next to the Reconquista River, in the Buenos Aires district of Ituzaingó, after having been missing for ten days. It is for this reason that the prosecutor investigating the case awaits the toxicological tests that will determine if the victim was drugged before the crime.

While waiting for the complementary expertise to be carried out on the body of Cáceres, ordered by Luis Pontecorvo – head of the Functional Instruction Unit (UFI) 3 of Moreno-General Rodríguez – the prosecutor is preparing to take a testimonial statement from the family of the victim. In this way it will be possible to establish the closest circle that the victim had and what the last days of the woman were like before her disappearance, last Tuesday the 8th when she left her house in the town of Villa Trujui, in Dark.

For their part, the investigators maintain the theory that Cáceres was murdered by two or more people, who after committing the crime took the body to where it was found. Covered with a white canvas, and with burnt branches on top, everything seems to indicate that they would have tried to set the evidence on fire. 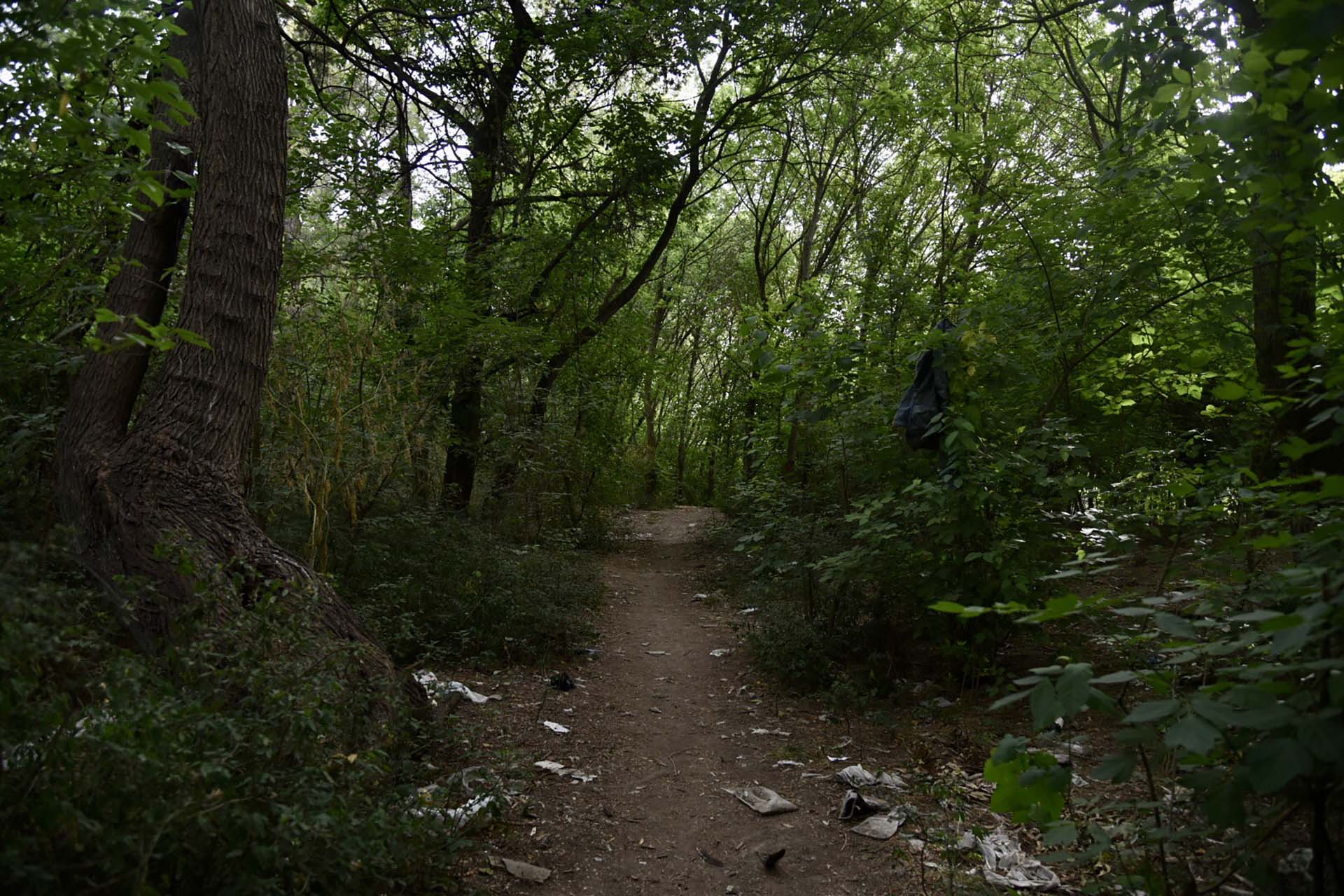 Place where the body of Cáceres (Ariel Torres) was found

It may interest you: What the autopsy says to the body of Susana Cáceres about how she was killed

Under these conditions, the body was found on Friday after 1:00 p.m. in the middle of the pastures, on the banks of the Reconquista River, meters from the Way of the Good Ayrein the town of Ituzaingó, west of the Buenos Aires suburbs.

Thus, after days of searching, his relatives recognized the body thanks to a tattoo with the symbol of a well-known car brand that Cáceres had on one of his forearms and the clothes he was wearing before he disappeared.

The finding was made during a search that the prosecutor had requested and carried out by personnel from the Departmental Investigation Delegation (DDI) of Moreno. It was reached after the search of two homes, one of them in the house of the detainee Alejandro Alberto Peralta, ex-partner from Cáceres. The man was carrying a 45-caliber pistol with filed numbers. 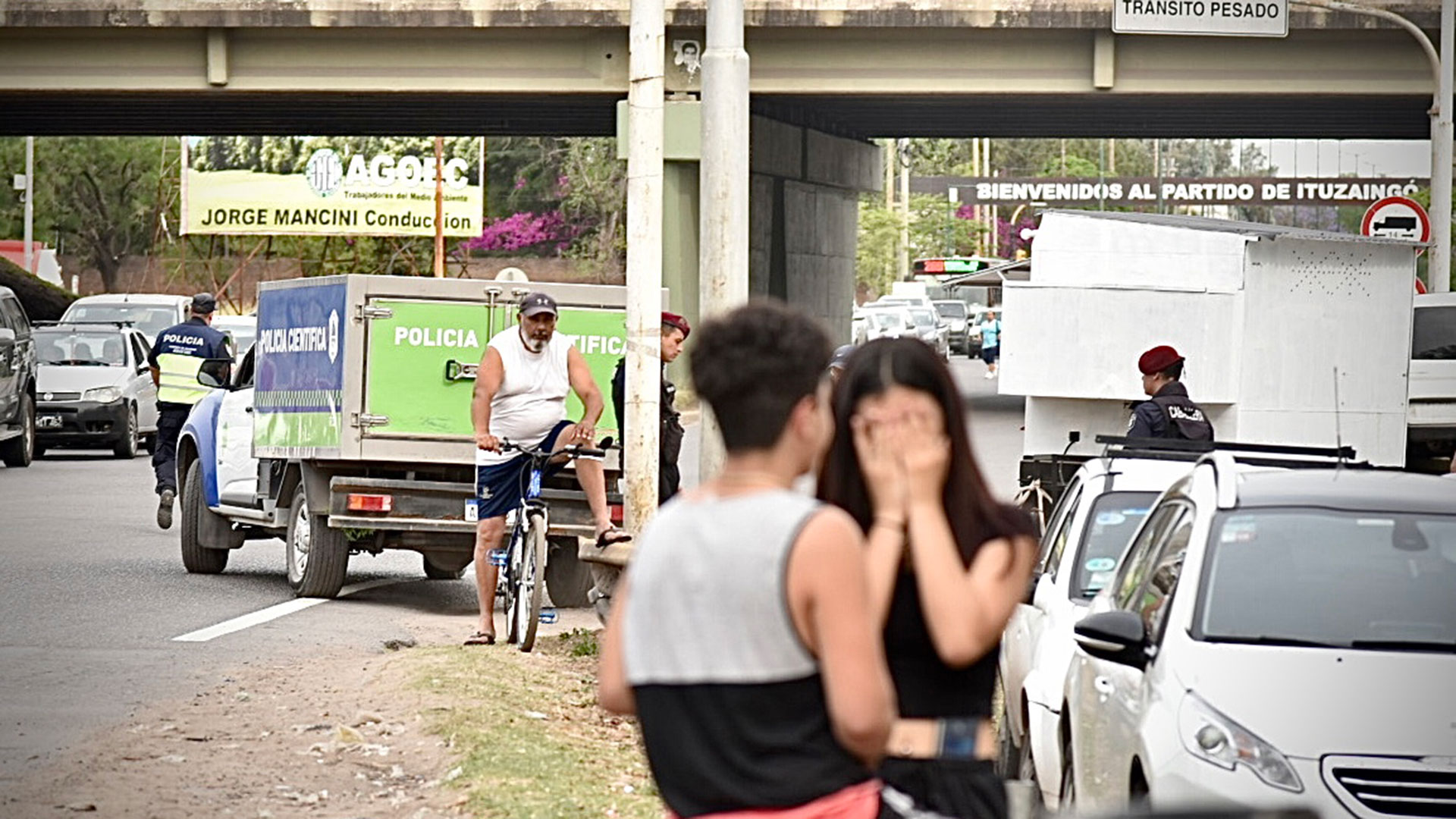 It may interest you: Susana Cáceres’ body had stab wounds, blows and burns: how the cause continues

However, so far nothing allows linking this person to the crime, as explained by a judicial spokesman: “At the moment there is no evidence to involve the ex-boyfriend.”

Beyond this data, suspects have not yet been ruled out since investigators suspect that the murderers could have killed her in another place and then dumped the body where it was finally found, thus generating a secondary scene.

The final autopsy report determined that Cáceres’ body had injuries corresponding to sexual abuse and that in turn she suffered multiple puncture wounds, bruises on her body as a result of being beaten, a blow to the head with a blunt object, and marks of choking on the neck.

At the same time, the investigation determined that the date of death is between 3 and 7 days after the discovery of the body, but the investigators believe that she was killed between Thursday and Friday of last week.

The clock shows around 4:00 p.m., on Tuesday, November 8, when Susana Cáceres, 42 years old and mother of four children, left her home in the town of Villa Trujui and left her youngest daughter, a one-year-old baby. year and a half, in the care of his mother.

Cáceres was going to pay a debt for some electrical appliances that she had bought the week before, and before leaving she said goodbye saying “here I come ma”.

Then, the last time she was seen was at dawn on Wednesday, November 9, in the Mariló neighborhood, in Moreno, and she was wearing blue jean shorts and black sneakers. The testimonies indicated that the woman was with some people aboard a van, for this reason the vehicle was hijacked and her ex-partner and her brothers were summoned to testify.

“We want my cousin to rest in peace and we can give her the peace she deserves. We are all very hurt, but we have to be strong to start another path that is to demand justice and to catch those responsible for his crime,” said Adriana, the victim’s cousin, after the burial of the remains in Moreno Municipal Cemetery.

John Fetterman says the debate wasn’t ‘easy’, but it was important to show up